Srinivas Vanapalli is an expert on cryogenics

‘Although inconspicuous, cryogenics is the backbone of a number of processes that require rapid cooling and freezing capabilities, among them food and pharmaceutical processing, tissue fixation for molecular medicine, cold transportation, quenching of steel, getting rockets into space and so on.’ Srinivas Vanapalli, tenure track associate professor at the UT, leads the only academic cryogenic liquids research group in the Netherlands and works to make all of the above possible. ‘Cooling with small molecules such as liquid nitrogen and carbon dioxide is an environmentally sound alternative compared to conventional mechanical freezers. In addition, other potential advantages are its flexibility, smaller footprint and high throughput and yield. Despite this, a lack of physics-based models is hampering their adoption.’ 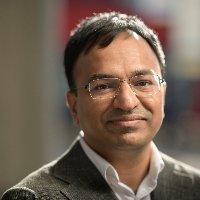 ‘We study heat and mass transfer phenomena at very low temperatures of −50 °C and below. Properties of materials are very different at such low temperatures,’ explains Vanapalli. ‘We try to understand the physical processes at these cryogenic temperatures and to investigate the mechanisms that play a role during the cooling of an object – during the transient state. There is very little scientific knowledge about these transient states at the moment, while it is crucial to understand how to cool things properly. If you cool an object too fast, it can shrink or expand and that could be catastrophic. Imagine if that happens in a liquid hydrogen tank in rockets, for example. The applications of ‘cooling’ are nearly countless. And that is precisely my goal: to do fundamental research with a strong focus on real-life applications.’

Although his work is often curiosity-driven, Vanapalli has a personal passion for technological innovation and he has contributed several inventions himself. ‘We developed a special gas-gap heat switch, which allows us to control heat flow when cooling an object. It is like a dimmer for a light lamp, in a way. This principle of heat switch is also applied in a tissue snap freezer. The snap freezer is able to quickly cool human tissue, which can therefore be immediately preserved and diagnosed. This allows a surgeon to diagnose the tumour and understand what causes the cancer. This is a necessary step toward personalized molecular medicine.’

The researcher’s ultimate goal is to come up with a physics theory explaining the interaction in various thermodynamic states, in other words, what exactly happens when we ‘cool things’. ‘I want to study different states of cryogenic liquids and understand the physics of heat transfer processes. Once we have this understanding, we can apply it in practice, for example for freezing biological materials. Cryogenic liquids are key in the physical fixation of biological matter such as cells and tissues. The importance of this was shown also by the 2017 Noble prize given to cryogenic electron microscopy. This technique allows us to visualize proteins in their functional natural environment, but it still has its challenges. My work could greatly benefit this field.’

Whether he is teaching the Thermodynamics freshman’s course or the Cryogenic Science and Technology Master’s course, Srinivas Vanapalli mainly wants to pass on the art of critical thinking to his students. ‘I don’t want to make human calculators. Robots can calculate for us, but they can’t master critical thinking. I am a strong advocate of flipped education. I encourage students to learn at their own convenient time and the teaching moments are used more for discussions. In the tutorial sessions, I am experimenting with a concept of peer-tutoring where a selected student discusses the solution to the problem instead of me. I feel that students can relate to each other more this way. I stimulate the interest and enthusiasm of students by discussing physical principles based on our everyday experiences and experimental observations. I give them little puzzles and exercises to carry out in between lectures – a bit of a gaming approach, which I think is appreciated.’

Srinivas Vanapalli is an Associate Professor at the Science and Technology Faculty of the UT. His academic roots are at the Indian Institute of Technology, Madras with a bachelor degree in Mechanical Engineering. He later received an electrical engineering master’s degree (cum laude) from the University of Twente, where he also obtained his PhD title for 'High-frequency operation and miniaturization aspects of pulse tube cryocoolers'. A major part of this work was carried out at National Institute of Standards and Technology, Boulder, USA. In 2019, he received the Mulholland award for excellence in cryogenic engineering which is given in recognition of significant achievement in particular areas of cryogenics. Vanapalli leads the Applied Thermal Sciences lab within the Energy Materials and Systems cluster where his team explores fundamentals and applications of thermal sciences in both space and time domains. 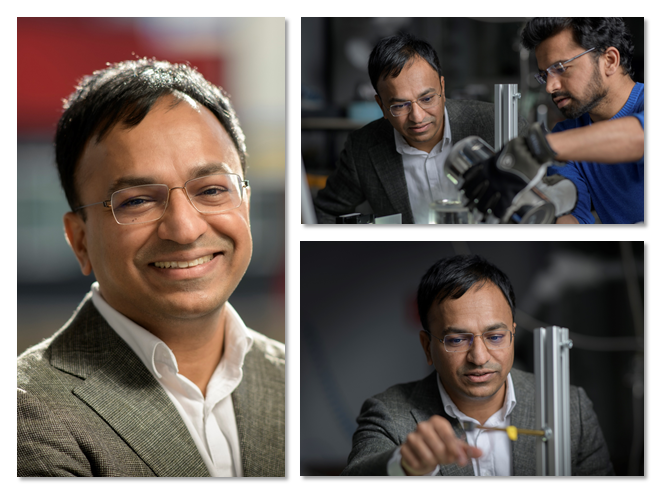