Maarten van Steen main role as scientific director of the Digital Society Institute consists of making links. He shapes and influences subsidy programmes if he sees opportunities and connects the questions he receives from businesses and governmental institutions to the right people within the university. The guiding theme in all these activities is digitalization. Together with business director Iddo Bante, Van Steen enables, initiates and organises multidisciplinary research programs and projects on this subject.

He also participates in various activities at the national and European level to shape and influence subsidy programmes. For example, the scientific director is currently taking the lead in formulating a research agenda on Smart Regions, to be used by the partners in the ECIU network of universities to join forces in acquiring EU funds. Van Steen also devotes his time to strategic alliances with industrial and governmental parties.

Furthermore,  he also conducts his own research on large-scale distributed computer systems. His main focus is on tracking systems for crowd monitoring, based on Wifi. This involves providing strong guarantees concerning privacy preservation, as well as improving measurements.

Since his appointment as Scientific Director at UT, I've hardly had the time to be involved in teaching, says Van Steen. “Fortunately, that is going to change as I'll be picking up an elective course on distributed systems. I firmly believe in having a strong link between teaching and research at universities. I don't need to teach about my own research, but being an active researcher means that you're in a unique position to infect students with a strong analytical mindset, teaching them to ask the right questions before even thinking about solutions.”

Van Steen states that this critical, analytical mindset should be brought into curricula from day one. “In that sense, teaching freshmen or sophomores can be so much harder than at the masters level: for a teacher, there's no hiding in the content when dealing with first- or second-year students; it's all about your didactical qualities.”

Maarten van Steen is the scientific director the Digital Society Institute at the University of Twente. He studied Applied Mathematics in Twente and continued in computer science in Leiden, where he obtained his PhD in 1988. After his doctoral studies, he worked for TNO for five years. He concentrated his efforts mainly on high-performance computing and, as a side –effect, also learning how to manage a small group of experts. In 1992, he became an assistant professor at Erasmus University Rotterdam and eventually joined the renowned Computer Systems group at the Vrije Universiteit in Amsterdam, headed by Andrew Tanenbaum. In 2002 he was appointed full professor, followed in 2007 by an appointment as director of all VU Computer Science curricula. Van Steen was appointed to head the CS department in 2010. In 2015 he transferred to the University of Twente. He has been (co)supervisor of 27 PhD students.

Van Steen chairs the ICT research Platform Netherlands (IPN), which represents all Dutch academic departments and institutes on Computer Science. He is, or has been chair or member of many (inter)national advisory and assessment committees. As of January 1 2020, he will join the board of the science domain of NWO. 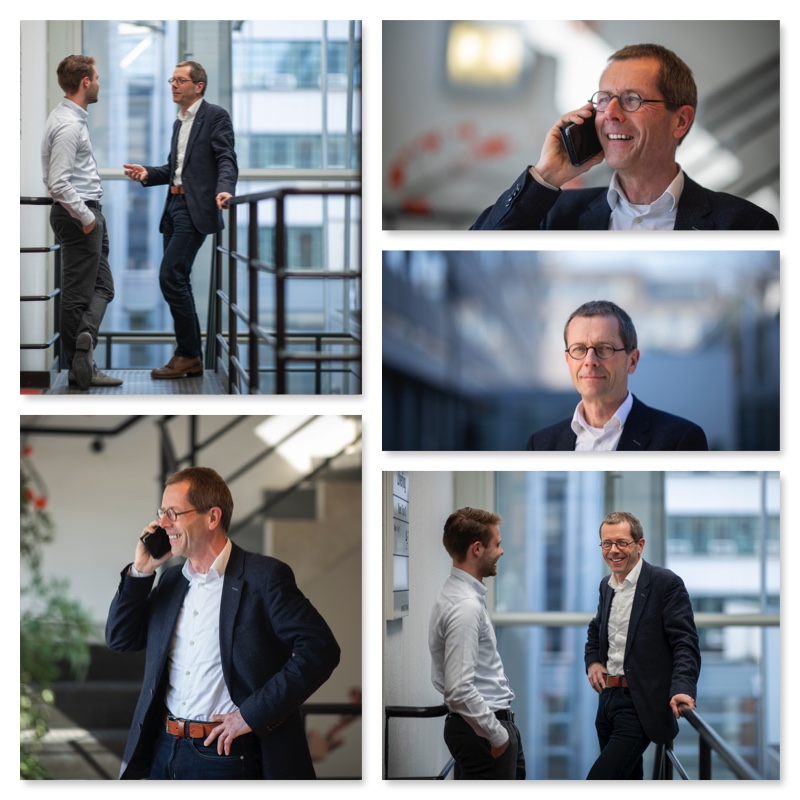 Free to use: Photos: Fokke Eenhoorn