Since arriving at the University of Twente in 2017, Massimo Sartori has made great strides. He is an Professor at the Department of Biomechanical Engineering in the faculty of Engineering Technology (ET) where he leads the Neuromechanical Modelling and Engineering Lab. He also secured a Starting Grant of 1,5 million euros from the European Research Council (ERC) for his 'INTERACT' project, among other EU projects under his management. Sartori wants to help people who have been affected by neurological injuries such as a stroke or a spinal cord injury to recover optimally. He intends to do this by combining electrical stimulation of the spinal cord and wearable robotic exoskeleton technologies with new predictive multi-scale models of the neuromuscular system. In this way, rehabilitation machines can precisely interact with biological tissues in the neuromuscular system and facilitate recovery. 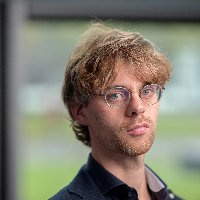 “My research can be roughly divided into two branches: basic science and applied science”, explains Sartori. “The basic science studies the ways the human body moves, you can describe this as basic movement neuromechanics. We also study how human movement changes after an injury. We do this by modelling and simulating virtual versions of the human body with an emphasis on the interaction between the nervous system, the musculoskeletal system and with rehabilitation machines.”

Applied science refers to designing robots that enhance or restore movement. “We develop control systems for exoskeletons and robotic prosthetic limbs, which aim to improve the movement. To achieve that, we use the aforementioned models and simulations that tell us how biological limb movement is dictated by muscle force. This is going well, we can simulate a large repertoire of the movements the human body is capable of.” Sartori and his research team are now facing the next challenges. “We need to personalize the models and tailor them to fit the exact needs of the patients. We have to tackle this challenge in a multidisciplinary way. We approach this with wearable sensors to capture bio-electrical signals that are generated by individual muscle fibres. These data and sensor signals are merged with the computational models to achieve the best prediction of the interaction between man and machine. The next step is to automate these optimized processes, which is another big challenge. We also have to make this technology suitable for everyday use, which presents us with additional challenges. As an example: we would like to develop sensors that are both wearable, non-invasive and able to be interfaced with a smartphone-app.”

The professor aims to develop long-term models that capture the changes and evolvement of human bodies over a prolonged period of time. “That would enable us to really understand and restore human movement by using robotic technologies and so-called adaptive modelling.”

Sartori has established his own research group for the ERC INTERACT-project. The INTERACT team comprises 6 people. The whole research team is expanding rapidly and comprises currently 10 PhD-students and Postdoc-fellows. Additionally, the Professor has designed a master course on the subject ‘Biomechanics of Human Movement’, which he also teaches. “We regularly recruit Master-students for projects that are derived from my research. I have been pleasantly surprised by the quality of the students we recruited for our research groups. They provide us with the manpower to explore a larger spectrum of research subjects.” Sartori uses a mix of lectures and practical assignments in his courses. “I use the open-source software – that my lab developed – to teach my students to build models and simulations. My team and I spend a lot of time developing the software and some of the students even contribute to the development as well.”

Massimo Sartori is an Professor at the University of Twente where he directs the Neuromechanical Modelling & Engineering Lab. His research focuses on interfacing robotic technologies with the neuromuscular system for enhancing human movement. On these topics, he is directing grants in excess of 4 million euros. Sartori has been awarded personal grants (ERC Starting Grant, Marie-Skłodowska-Curie Fellowship) and is acting as (co-)PI in consortium-based projects (e.g. H2020-ITN Project SimBionics, H2020-RIA Project SOPHIA, H2020-EFRO Project GUTs, NWO-TTW-Perspectief Project ExoAid).

His international career has spanned three continents and five nations. He conducted his PhD (2009-2011) across the Universities of Padova (Italy), Western Australia (Australia) and Stanford (USA). He then advanced with a post-doc at the University of Göttingen (Germany, 2011) where he became a Junior Research Group Leader in 2015. Since April 2017, Sartori has been a tenure-track Associate Professor at the University of Twente where he is leading an expanding independent research group. He has been appointed as professor since July 2021.

Throughout his career, he received several awards (e.g. OpenSim Outstanding Research), was guest editor in prestigious journals (e.g. IEEE TBME, Front Comput Neurosci), and was Workshop Chair at prestigious congresses (e.g. IEEE BioRob 2018). He currently is an Associate Editor at the IEEE Transactions on Neural Systems and Rehabilitation Engineering. Moreover, he is a member of leading scientific societies spanning across the fields of robotics and biomechanics including IEEE Robotics and Automation Society, IEEE Engineering in Medicine and Biology Society, IEEE International Consortium on Rehabilitation Robotics, and European Society of Biomechanics. 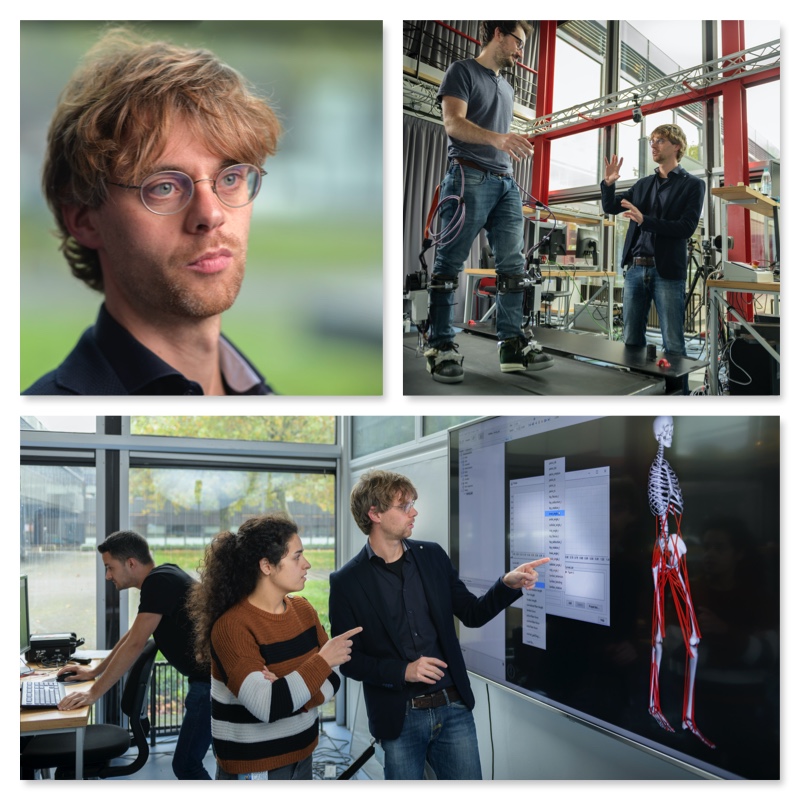 Click on thumbnails to open folder. These press photos can be used without copyright restrictions.