Innovator-entrepreneur Dr. Rebecca Saive envisions large advances for solar energy due to coupling existing and new technologies. Driven by a fascination of light she is working on a dream: solar cells that are more efficient than ever before. 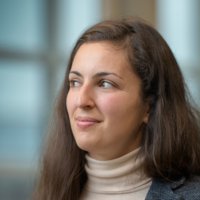 Saive’s fascination with light dates back to her youth.  Her first time seeing a photovoltaic device in action was on a toy helicopter. Using light—something you can’t ‘feel’ in a traditional sense—to drive a mechanical motion was mysterious and captivating. She immediately wondered why society was not based on solar energy. Her parents explained that solar energy was simply too inefficient and therefore too expensive; that is no longer true today, and Saive is excited to play a role in the coming energy transition, leveraging the much-improved efficiencies since her youth.

Another childhood milestone occurred during a visit to a mosque in Iran, her mother’s country of birth. The inside of the mosque housed many mirrors. By lighting up a single candle, the entire mosque could be illuminated. “It was such a mystery for me. I wanted to know more about it. How does light work and how can it interact with something else?”

This curiosity lit her path as she journeyed from Heidelberg, Germany, to Los Angeles, California, and now to Twente, where she is an assistant professor in applied physics. “Why Twente? The infrastructure here is great. There is a giant cleanroom and every single device that I need for my research is available. And Twente has, of course, MESA +, one of the world’s leading research institutes for nanotechnology.”

Her curiosity also earned her a spot on MIT’s prestigious global list of Innovators Under 35 in 2020, a list that in previous years has boasted such names as Mark Zuckerberg and Nobel Prize winner Novoselov. She was awarded for the invention and commercialization of “effectively transparent contacts” (ETCs) which make solar panels more efficient and less expensive. These triangular cross-section contacts replace the traditional silver lines that crisscross solar panels. “In conventional panels, you cannot use all the solar energy because the silver contacts reflect light away from the cells. The triangular shape of ETCs reflects light down toward the cell, increasing efficiency by roughly 5%.” This 5% boost in efficiency is a historic leap.

As a result of this breakthrough, Saive co-founded ETC Solar, a company which develops a micro 3D printing tool capable of printing micron metallic contact structures on large scale. “I think it’s extremely important for scientists to learn how to turn research results into solutions that address real-world problems. At first, I assumed a great, scientifically-sound invention would be automatically adopted by a company. In reality, scientific results must be complementary with economical and practical approaches if a technology hopes to be manufacturable and scalable. As an applied physicist, I believe it’s important to foster this kind of entrepreneurial mindset.”

Saive is now setting her sights on new areas in photovoltaic research. While solar technologies have become much more competitive with traditional energy generation sources, there is much room for improvement in the microenvironments surrounding the devices themselves. “We are designing nanophotonic materials that can direct light optimally towards solar panels”.

Additionally, Saive sees an opportunity for coupling photovoltaics with other established technologies to open up new pathways in science. She received an NWO-Vidi grant to study the effects of piezoelectric materials directly coupled with photovoltaic devices. These ‘piezo-photomotion devices’, as she dubs them, have tremendous potential for applications in medicine, where nanorobots for drug delivery are becoming a hot topic.

“The reason that I’m working at a university and not at a company or in a national lab is that I have the opportunity here to work with students,” Saive says. “It’s of course appealing as a scientist to impact society by making inventions, but that is often a matter of luck. As a good teacher and mentor, you can always have a positive impact on students, so that they can go out and do amazing work all over the world. It’s a multiplier effect. Training the next generation of innovators gives me a lot of satisfaction.”

Saive’s passion for mentorship also engages in outreach for younger students. In 2019, she co-led a Cycle for Science project and traversed from Bad Bentheim, Germany to Zandvoort on the west coast of Holland by bicycle. On the way, she taught children at schools about solar energy, showing the students how to make dye-sensitized solar cells. “We used a lot of household items for the cells, blackberries for example. The students could not believe it would be a working solar cell, but in the end, it was possible to power a small speaker with these self-built solar cells. It was an amazing project.”

Dr. Rebecca Saive (1987) has been an assistant professor in applied physics in the Inorganic Materials Science Group of the University of Twente since January 2018. Between 2014 and 2018 she worked at the California Institute of Technology (Caltech) as a postdoc and later a Senior Scientist. In 2017 she co-founded the start-up ETC Solar (new Name: Mesoline).

Saive was a finalist of the EU Prize for Women Innovators 2020, was awarded MIT’s European ‘Innovators under 35’ in 2019, and has also now been selected for MIT’s global ‘Innovators Under 35’ award in 2020. She received an NWO-Vidi grant in 2020. 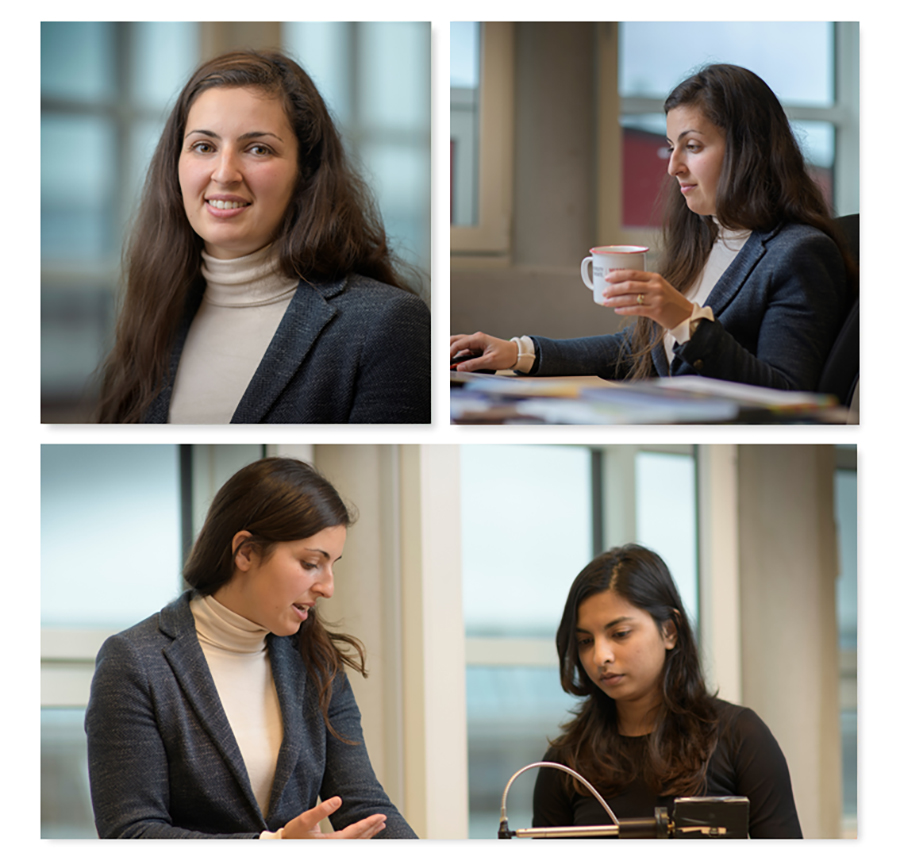 These press photos can be used without copyright restrictions.