Thom Palstra creates the best environment for students and professors

He likes to visit the labs on the UT campus, he gets inspired by talking to young researchers and stimulates them, for example by giving them the floor at major academic events. He used to be a top scientist himself, but his role shifted to facilitating and stimulating top science. Professor Thom Palstra is now Rector Magnificus of the University of Twente. “Of course, I am still interested in topics like superconductivity and materials with exciting new properties. I devoted an important part of my career to this. But for quite some years now, I see it as my main responsibility to create the best circumstances for talented people, from students to professors.”

As a young PhD, he had the opportunity of working at Bell Laboratories, the birthplace of the great inventions of the 20th century, like the transistor and the laser. In fact, he already accepted a solid position at Shell Research, but he took the risk of a more uncertain appointment at Bell Labs. “It was an opportunity to work together with the best people. They had the luxury of being able to form a dedicated team for speeding up developments they considered important. Collect the best people, make them concentrate on this topic alone. That is something labs can’t afford nowadays.” Back in The Netherlands after ten years, Palstra was appointed Professor at the University of Groningen.

What characterizes a top scientist? “You’ll need a very well-developed intuition, a gut feeling, for quality. That is not just the quality you recognise in a scientific subject: is this science by the highest standards? The intuition is also about recognising other people’s qualities. You will have to be able to collect people around you with whom you can make the difference. It is about forming a good group, but it is also about recognising talent all over the world, for creating networks. This well-developed set of values is a starting point for your personal mission. You set your own path, but you’ll always need others.”

For the Rector, bringing together a broad and diverse palette of competencies is a challenge, with people that are not only top researchers, but also top teachers. “That is one thing that is very clear to me. A good researcher should be a good inspirator as well. Every Professor should be very eager to teach, especially to first year’s students. Imagine the impact it has on young students, attending lectures of one of the discipline’s figureheads.”

“Many societal developments and solutions take place at the interface of disciplines. Thus, multidisciplinarity is a key word. At the same time, without deep disciplinary insights, your qualities will not be appreciated. That is an important other part of our responsibility: take care of the connection of disciplines, for maximum impact of top science on society.”

How do we attract and bind top talent to the University of Twente? “Basically, we should enable talented people to do what they’re good at. They should have time to develop new ideas, write promising research proposals and inspire other people. For this, we try to keep administrative tasks to a minimum. And of course, the research conditions like the lab infrastructure, must be state-of-art. That’s something we can be proud of.”

Thom Palstra (1958) studied Physics at the University of Leiden and did his PhD work there as well, in the field of superconductivity and magnetism. After a short period at Shell Research, he chose to go to AT&T Bell Laboratories in Murray Hill, New Jersey. In 1996, he was appointed Professor of Inorganic Solid State Chemistry at the University of Groningen. He was Vice-Dean and Dean of the Faculty of Natural Science, and for six years, he led the Zernike Institute for Advanced Materials. In 2016, he was appointed Rector Magnificus of the University of Twente. 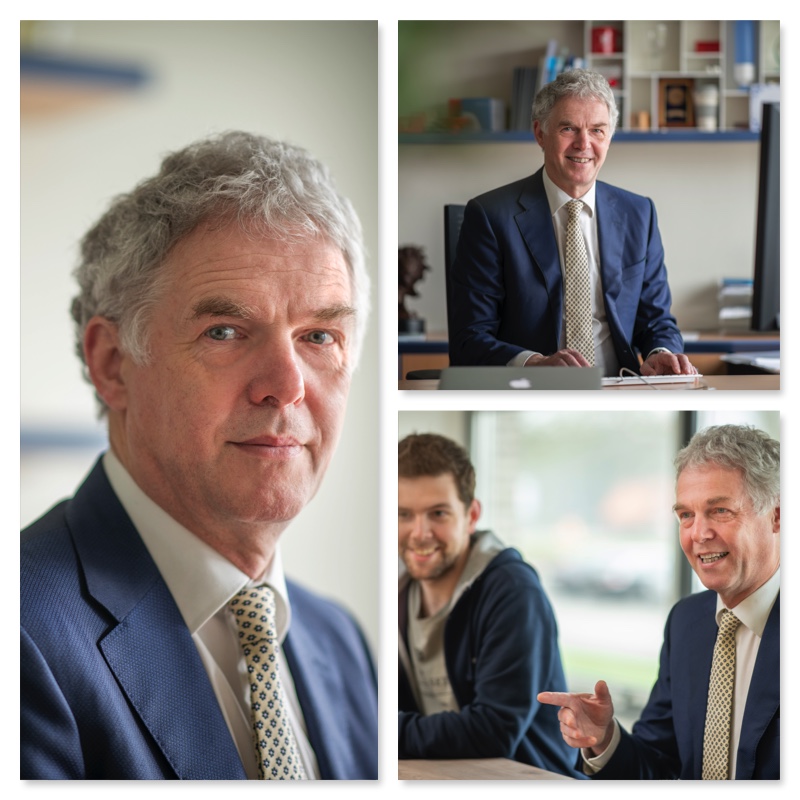