Professor Detlef Lohse studies fluid dynamics: from a single nanodroplet to large-scale phenomena like turbulence. Curiosity is what drives him: “watch, listen and be open.”

Just have one look at Detlef Lohse’s research interests, and you will see large variety of subjects. It ranges from the behavior of a single bubble to large-scale turbulence. Lohse and his group published about the fluid flow inside an evaporating droplet of Ouzo, and about the ‘coffee stain effect’. Their experiments and simulations confirmed the existence of a turbulent regime that, until then, only was a theoretical one. “I am convinced that we presently live in the golden age of fluid dynamics. There are huge challenges for mankind to which fluid dynamics majorly contributes”, says Lohse. “It is about flow in the ocean and the atmosphere, about blood circulation in your body. It is about bacteria, and it will play a major role in renewable energy production. Everything flows – panta rhei.” Many questions, many potential research projects: what determines Lohse’s choice? “Curiosity, for a start. A research question should be both scientifically outstanding and relevant, or at least have an application perspective. In principle, I see no difference between fundamental and applied research.” An example is his work on the fundamental behavior of droplets, leading to a long-term working relationship with printer manufacturer Océ – now Canon Production Printing, for improving inkjet printing. Another example relates to work he did in the beginning of his career, on ‘sonoluminescence’: an acoustically driven bubble in a liquid can light up and get very hot under certain conditions. This line of research has opened up new ways of ultrasound imaging and ultrasound-steered bubble transport for medical applications. A paper on the Ouzo effect, the well-known effect that the popular Greek drink turns from transparent into ‘milky’ when you add water, seems playful science until you see the complex fluid flows inside the droplet. “Understanding this, helps in finding the best way of extracting one component of minute concentration from another liquid: liquid-liquid nanoextraction. Even the behavior of a single drop of oil in water isn’t well understood, and triggers my curiosity.” 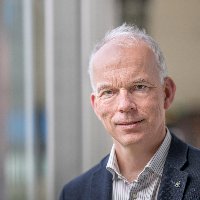 “When I arrived in Twente and started building up my group, I was told that I didn’t have to teach for the time being. I strongly disagreed; I just wanted to teach. So I immediately started to teach a course on Physics of Fluids in the Bachelor program and a course on Turbulence in the Master’s program. I prefer changing subjects every few years and not teaching the same subject for many years. In my opinion, teaching has a multiplier effect. It gives me the opportunity to find talented students, they get to know our field of research. I feed their curiosity with examples, but they also trigger my curiosity with the questions they ask. It is great to see the students grow. Some of the students I met in their first year at UT are now scientific staff members in our Physics of Fluids group. Over 40 of my former PhD’s and postdocs now hold a Professorship or tenured position all over the world.”

Detlef Lohse (1963, Hamburg) studied in Kiel and Bonn and did his PhD at the University of Marburg. His PhD thesis, in 1992, was about fully developed turbulence. He then was postdoc at the University of Chicago. His ‘Habilitation’ in 1997 was about sonoluminescence. He joined the University of Twente in 1998 as a Full Professor of Physics of Fluids. Lohse received many prizes, like the Max Planck Medal, the Balzan Prize, the George Batchelor Prize, the Fluid Dynamics Prize of the American Physical Society, the Dutch ‘Simon Stevin Meester’ and the Spinoza Prize. He is a member of the Royal Netherlands Academy of Arts and Sciences (KNAW), the German Academy of Sciences ‘Leopoldina’ and of the American National Academy of Engineering. He is Fellow of the Institute of Physics and of the American Physical Society. He initiated the on-campus ‘Max Planck – University of Twente Center for Complex Fluid Dynamics’, collaborating with two of the prestigious Max Planck Institutes – in Göttingen and Mainz. Detlef Lohse is Distinghuished Professor (‘Universiteitshoogleraar’) of the University of Twente and he was knighted by the Dutch Queen: Ridder in de Orde van de Nederlandse Leeuw. 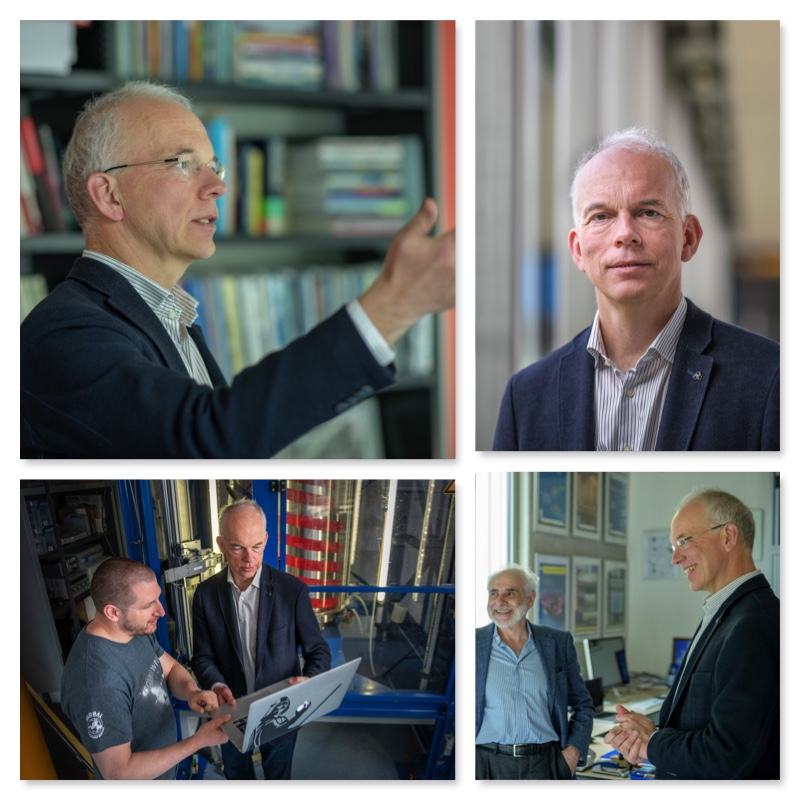