“Developing wearable technology to augment humans is a grand challenge,” says Herman van der Kooij, Professor of Biomechatronics and Rehabilitation Technology. He develops wearable robotics to help patients during the therapy stage, or if they have a permanent physical disability For instance, he works on exoskeletons intended for paralyzed patients and bionic prostheses for amputees.

In fact, there is already a variety of exoskeletons out there that can help fully paralysed patients to walk again. A number of people use such devices, although they do still need crutches to walk with these exoskeletons and, at 80.000 euros per skeleton, this new technology is still rather expensive. “Whether this technology will ever be affordable depends on the volume,” says Van der Kooij. “The first automobile was incredibly expensive at the time, and yet now, almost everyone has a car. This technology too will become cheaper over time.” 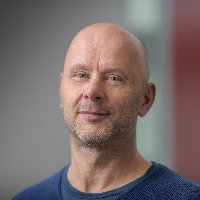 There are other challenges besides the price tag. How does the device know what the person wearing it wants, and how can the person know what the device is going to do? “It is all about the exchange of information,” Van der Kooij explains. “Human intention  be retrieved via brain activity, but these kinds of signals are very hard to pick up.” One solution might be to input the necessary settings into the device beforehand, but that makes it hard for the patient to walk under varying circumstances, because each new situation would require new programming.

Wearing an exoskeleton is like wearing a robot, and so another issue is the hardware. “In a way, people don’t actually need the exoskeleton as long as they still have a skeleton of their own,” Van der Kooij explains. “That is why we are working on a concept for activating people’s limbs using exosuits. An exosuit is a suit you put on and that activates your limbs for you. We are trying to keep the technology as small as possible, so that the suit could even be worn underneath people’s clothing.”

Apart from the fact that the flexible suits will consist of compact actuators that work in a different way than in conventional robots, Van der Kooij and his fellow researchers also strive for 'real-time' control based on individual muscle models and EMG measurements. If you want to test all these new developments with test subjects and patients, the lab has to meet high safety requirements to prevent falls, for example. For this reason, a new wearable robotics laboratory was recently set up together with the rehabilitation specialists of Roessingh Research and Development in Enschede. It is also part of the new Innovation Center for Interaction Robotics, I-Botics, of the UT and TNO.

There other several other ways to use exo-suits and -skeletons besides medical applications, explains Van der Kooij, “They could be used by industrial workers who perform manual labour,” the professor states. “The additional support from an exoskeleton could really make a difference for them. People reach older ages than before, but our bodies really wear and become strained.” Such wearable devices could even provide entertainment. Whether healthy or disabled, exoskeletons could give people supernatural powers. “Of course that’s not part of the main goals we want to achieve, but yes, an exoskeleton could help you achieve feats like jumping ten meters up into the air,’ smiles Van der Kooij.

“The best thing about working at a university is that you are allowed to work with young, energetic and enthusiastic people. Many renowned scientists peaked around the age of 30”, remarks Van der Kooij. “Research shows that PhD students and postdocs see themselves as the workhorses of science. They are right sine they are the ones who do the real work with 'blood, sweat, and tears' and with 'their feet in the mud'.

Since I am in favour of active learning students in our classes make many home work assignment and do little projects in our labs. In such way they actively involved instead of only absorbing and reproducing the knowledge delivered in lectures. In our Biorobotics- and Biomechatronics-courses, they are challenged to put their theoretical knowledge to practical use, both individually and in groups.” The professor stresses the importance of allowing students to make mistakes. “They will learn from them, especially when these are relevant mistakes. It allows them to refine their theories and correctly apply them.”

Van der Kooij has published over 170 peer-reviewed publications in the area of biomechatronics and human motor control. He is frequently invited as (keynote) speaker at international conferences. He received several awards, as well as the prestigious Dutch VIDI and VICI personnel grants for excellent researchers, in 2001 and 2015 respectively. The professor was associate editor of IEEE TBME and IEEE Robotics and Automation Letters, member of IEEE EMBS technical committee of Biorobotics and of the advisory board of the IEEE conference BIOROB, chair of the IEEE BIOROB2018 and IEEE ICORR 2022 conference, and was member of numerous scientific program committees in the field of rehabilitation robotics, bio robotics, and assistive devices. He participated in seven EU projects and was the coordinator of the European FP7 project Symbitron. Currently he leads the Dutch national program Wearable Robotics and the Dutch national 4TU Soft Robotics program. He is a member of the steering committee of the Dutch IMDI core on Neurocontrol, and of the NeuroSipe programm. 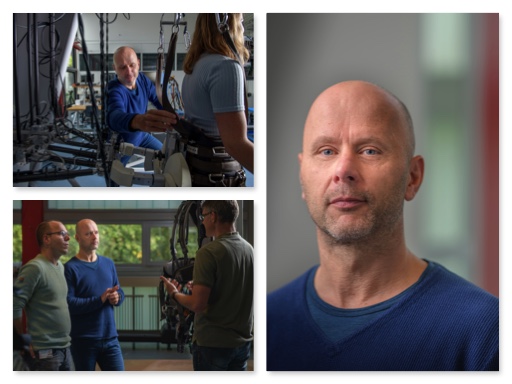 Klick on the image to get to the photo folder. These press photos may be used free of copyright limitations.