Common themes that permeate the academic career of Han Gardeniers are the design and fabrication of microstructures and the deposition of thin films. This started in his PhD project on the epitaxial growth of silicon, and continued with his appointment as an assistant professor at the University of Twente in 1990. But in 1998, microfluidics became his main ambition: “After witnessing its potential at the memorable microTAS conference in Banff, a large part of my efforts became devoted to the miniaturization of chemical analysis tools.”

The evidence of this work can be found in several microfluidic chips that perform high-resolution or ultrasensitive analysis on minute amounts (nanoliters or less) of material. Some of these devices have been taken up by spin-off companies, such as the chromatography chips now offered by the Belgian company PharmaFluidics. At present, this research line continues by tackling new challenges in the areas of forensic science, industrial chemical process analysis, and medical diagnostics.

A line of research that started with the ERC Advanced Grant in 2018 is additive manufacturing (better known as 3D printing) of submicrometer-sized structures for applications in chemistry and energy. The incentive for this work has been the notion that the timescales of vital molecular or energetic paths need to be streamlined with their respective dimensions. This ensures the most efficient use of resources of material and energy. The challenge is at the mesoscale, defined as being between the size of a molecule and the size of a representative amount of bulk material, typically a few micrometers. This asks for novel fabrication technology, with ultra-accurate positioning control to create the desired high structural order. This is currently the focus of several researchers in the group. Besides the applications in energy and chemistry, new directions are explored which relate to the response of micro-organisms to such highly structured surfaces.

In his first period at the University of Twente (1990-2001), Gardeniers has been involved in teaching practical and theoretical courses on topics related to materials science and microfabrication, mainly to undergraduate electrical engineering students. After his return to the UT in 2003, new teaching topics for a broader audience of students were added, such as microfluidics courses. These were given at the UT and outside of the Netherlands, e.g. at Summerschools at the ICTP in Trieste, Italy, within an Erasmus Mundus program or organised by the Swiss FSRM, at several locations in Europe. The professor explains: “All these courses were at MSc or post-graduate level, and had a very strong link with my research activities. I think that it is essential that course attendants see the theory applied to practical cases, and the topics of our research are very suited for that purpose. For example, many of the microfluidic concepts are easy to visualize by showing actual movies recorded during the research.”

Currently, Gardeniers is mainly teaching Chemical (Science &) Engineering bachelor and master students, on topics in the areas of analytical chemistry and thermodynamics. “For the bachelor courses, with a strong focus on monodisciplinary education and very specific learning lines, it is less obvious to make connections to the research, but there is freedom to do so in project-based learning. Clearly, high-end research examples can be integrated more easily in master's courses, most evidently in the lectures that I am giving for Nanotechnology students.”

Han Gardeniers obtained a Master degree in Chemistry (1985) and a PhD degree in Experimental Solid State Physics (1990) from Radboud University, Nijmegen, The Netherlands. In 1990, he started his academic career as an assistant professor at the University of Twente, with research visits of several months at University College of London, UK, and Carnegie Mellon University, Pittsburgh PA, USA, in 1994-1995. In 2001 he decided to leave the university, in order to gain a perspective on industrial R&D, first at UK-based company Kymata Ltd. (later acquired by Alcatel Optronics), where one of his tasks was to supervise a microfabrication line in Enschede, NL, focusing on integrated optical, electronic and mechanical components. He also managed projects in which fabrication processes were transferred to a larger scale fabrication facility in the UK. Later, he became responsible for research with the UT spinoff company Micronit Microfluidics, being their 4th employee. Micronit has now grown to a worldwide provider of microfluidic chips, with close to a hundred employees.

Gardeniers rejoined the University of Twente in 2003, where he obtained a full professorship position early 2007. He received a STW Vernieuwingsimpuls VICI grant in 2004 and an ERC Advanced Grant in 2017. The professor maintains a close connection with the industry by fulfilling board memberships of MinacNed, the Dutch Micro- & Nanotechnology Cluster and COAST, an independent foundation representing the analytical science and technology community in the Netherlands. He is also a member of the so-called "Beroepenveldcommisie" (professional field committee) for the Life Science & Chemistry programme at the local Saxion University of Applied Sciences. 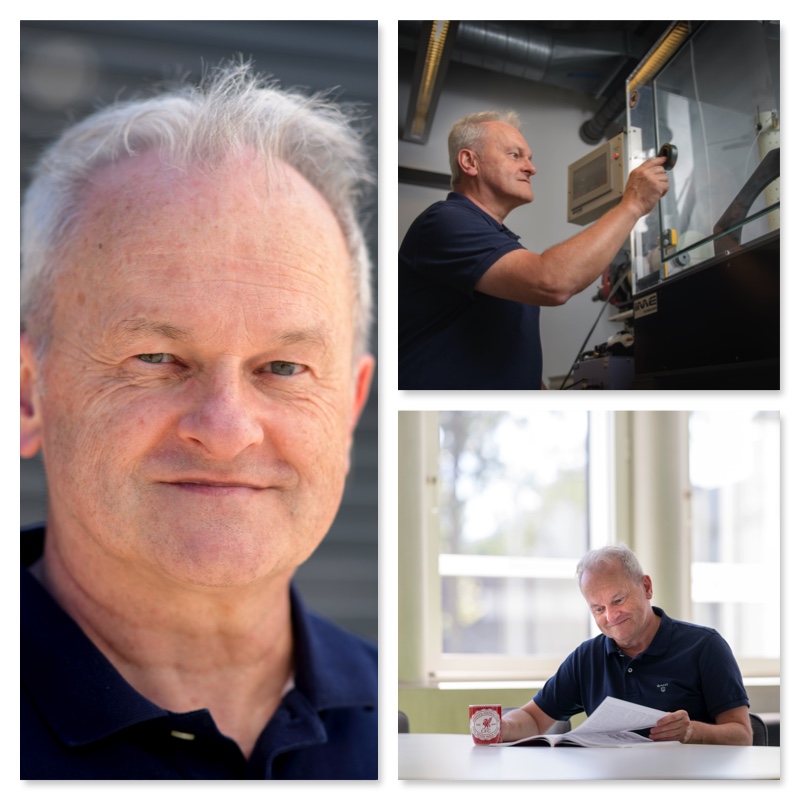