Alexander Brinkman is Professor of Quantum Transport in Matter and leads his own research group in this field. Brinkman and his group are engaged in fundamental research into so-called quasi-particles. They produce these for chip materials, but these will certainly not be on the market in the next ten to twenty years. That does not alter the fact that there is a race going on in this field, on a global scale. Scientists are looking for Majorana fermions and magnetic monopoles, particles that only exist as hypotheses. "With our team, we're engaged in a global race to make those particles."

Brinkman explains: "What this group can do very well is using nanotechnology to make thin layers of materials with atomic control. What sets us apart is that we can turn it into devices, such as functional circuits, transistors or superconducting circuits, and measure them at ultra-low temperatures so that we can detect all kinds of special quantum effects. This requires expertise in making the materials, manufacturing the nanostructures and then also in measuring and understanding what you are doing. This also involves complex equipment that we have at our university, which makes our research unique." In recent years, the Brinkman group has been concentrating on research into topological materials. The professor explains: "Traditionally, the electrical properties of materials consist of insulators (which do not conduct current) and metals (which do conduct current). In between are the semiconductors, which you can manipulate to conduct or not. You can use them to build electronics. This classification was overturned some 10 years ago by the introduction of the concept of topology in solid-state physics. As a result, materials that are naturally fully insulating can acquire very interesting conductive properties. That phenomenon is already special, but if you look at it quantum-mechanically, suddenly materials are available of which you can influence the electrical current and the spin properties of the electrodes. This has opened up many new areas of expertise."

And thus also the race to discover new materials and particles. Brinkman explains: "For example, we are looking for magnetic monopoles and Majorana fermions. These are particles that do not exist in nature, but through material combinations we have to be able to produce them artificially. This can lead to discoveries that are useful for the development of quantum computers, for example. We don't go that far in our research group, we do more fundamental research and try to understand quantum-mechanical effects by combining these kinds of new materials. It is curiosity-driven research, but we do realise that our research can form the basis for new types of electronics. You can now see, for example, that the energy consumption of electronics is gigantic and that chips no longer get faster because otherwise they get too hot. These are indications that there is a need for a new type of electronics where these heat losses are more limited. But whether this will be a quantum computer or energy-efficient electronics with perhaps those magnetic monopoles or those topological insulators in it, our research will play a role in this."

The professor mainly teaches physics students and they also do research in his group. "In addition, I also teach quantum mechanics and materials science subjects and I use many examples from my own research. As soon as students enter the research groups, for example in the context of their bachelor's or master's studies, they really get involved in the forefront of science and come into contact with it.

Brinkman sees great added value in working at a university. "You are here to train people and you do so partly by doing advanced research. But even if my research did not result in anything practical or useful for society, a lot of technical staff was trained and you are therefore already useful for society. That is why education is very important to me personally. It's also great fun to work with young people, the students regularly come up with new research questions and creative ideas that we can use in our research. It is also a good way for me to pick out the talents. At the professional level and in the graduation projects, you can see who the absolute winners are, and of course you try to keep them in your team a little longer, for example by offering them a PhD position. The majority of Master's students opt for business immediately after graduation, but there are also students who are so driven by research that they would like to stay a little longer. During their studies, these students are already attracted by the scouting systems of various large companies, but they do finish their studies. After all, the master's programme is a seal of quality that they carry with them for the rest of their lives, and this is also appreciated by the business community. “

Alexander Brinkman is an internationally renowned researcher in the field of superconducting materials. He obtained his PhD at the University of Twente in 2003 on his research into superconducting materials. When appointed, he was one of the youngest professors in the Netherlands, thanks to a position at the University of Twente in 2011.

His discovery that magnetic effects may exist at the interface between non-magnetic materials received great attention in an upcoming field that was mentioned in the list 'Top 10 breakthroughs of the year 2007' of the journal Science. In 2010 he was awarded the prize for best lecturer at the University of Twente. In 2011 he became a member of the Young Academy. Brinkman has several media appearances to his name in which he highlights quantum mechanics, for example in De Wereld Leert Door. He has received various grants for his research, including VENI (2004), VIDI (2008), ERC Consolidator Grant (2013) and VICI (2017). 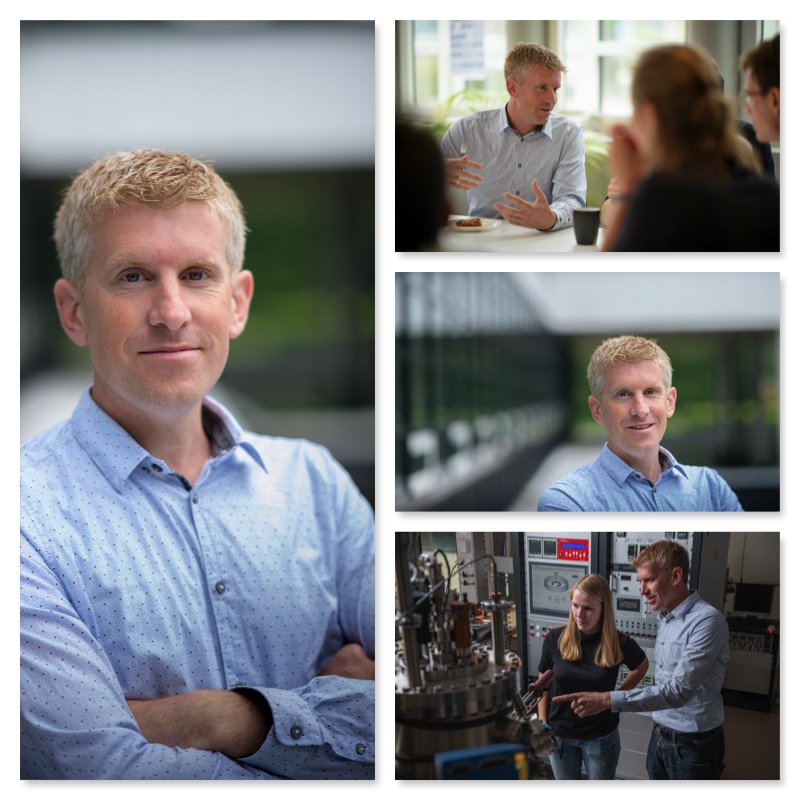 These press photos can be used with no copyright restrictions.