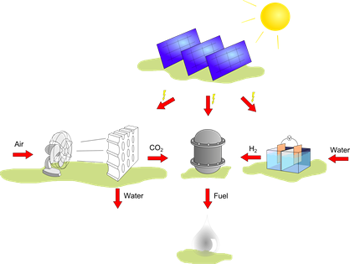 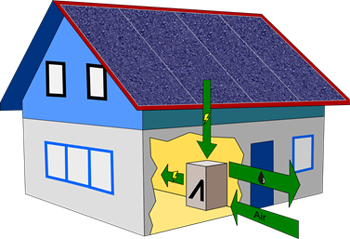 Carbon dioxide is by many considered the building block of the (transportation) fuel and (chemical or agricultural) industry of the future. Carbon dioxide can be used to produce liquid fuels and chemicals, that are currently produced from fossil carbon sources. The use of carbon dioxide as a raw material for chemicals and fuels opens the door for truly sustainable products, if sustainable energy sources are used for the conversion.

Previous research at the University of Twente, funded by ANTECY BV, has resulted in the development of a promising process and technology and the filing of multiple patents regarding the capture and release of carbon dioxide from air. The project proposed is aimed at creating more fundamental knowledge on the process of capturing carbon dioxide from air in general as well as specifically with regard to the process developed in the previous process thus aiding the up scaling of the technology in practice.

involved in the project