Bicycling is a healthy activity and an effective means of transportation. It is a form of mobility that should be available to as many people as possible for as long as possible. Cycling in general improves everybodies mobility and general quality of life. 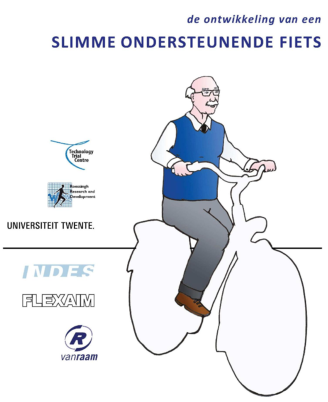 The rise of the electric bicycle already proved to be a big contribution to the mobility and the social activity of elderly people. The electric bicycle assists the elderly community, especially where their strength and health reduces their cycling abilities. As more elderly people are using cycling as a means of transportation or recreation, an increasing number of people are facing a heightened feeling of insecurity on their bicycles. A decrease of vision, hearing and reaction time can cause more dangerous and unexpected situations.

For example, the sense of balance may decline, which gives problems when getting on and off the bicycle. Misjudgement of cornering speeds, either too slow or too fast (especially with an electric bicycle) often leads to increased levels of danger. The ability to multi-task while riding a bicycle can also be greatly reduced in the elderly population.

A consequence is that at a certain point people stop riding their bicycles, because they are afraid. Subsequently, they quickly become less active which may accelerate their decline in mobility in general.

The current solutions for people who have problems riding their bicycles, is the change to a tricycle or a mobility scooter. This change is not easily made, because of the stigmatic character of these products and reduced mobility can be a result.

The goal of the Slimme Ondersteunende Fiets (SOFIE, Intelligent Supported Bicycle) project is to develop intelligent assistance devices for electric bicycles to help elderly or cyclists with disabilities and to improve knowledge about bicycle stability especially with regards to elderly cyclists.

At the moment there are few solutions for the problems that elderly and disabled people deal with on their bicycles. In this project IADT (Intelligent Assist Device Technology) will be used to maintain the mobility of elderly, by increasing their sense of safety and stability on the bicycle. This will prolong their independence and maintain their social and physical levels of activity.

The role of the Universiteit Twente in the SOFIE project is to provide knowledge on human balance control, the dynamics of the system of a bicycle, bicycle rider and their interaction with the environment (for example tyre/road interaction) and technical developments which can assist in the development of the products. 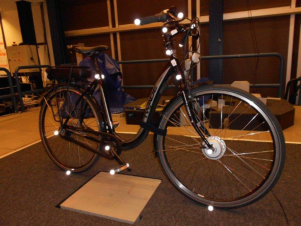 For modeling the human balance control on a bicycle, a new theory has to be developed based on existing models of human balance control during stance and gait. These models can be used to determine which parameters of the system are important for stability and how we can quantify ‘being in balance’.

Also, an experimental set-up will be developed parallel with the modeling, which will be used to validate the models and to test different situations which people face when riding their bicycles. First a good knowledge of ‘normal’ cycling has to be researched and acquired, then a comparison can be made with the behavior of elderly cyclists. This research will provide knowledge about their problems and give insights and ideas for possible solutions.

The experimental set-up will be further developed and incorporated in a simulation environment, the FSS (Bicycle Stability Simulator). The model will be used as an input for this system. The FSS can be used to:

Are you a master or bachelor student, a researcher or interested in bicycle stability? Would you like to do a research project within SOFIE, feel free to contact us: 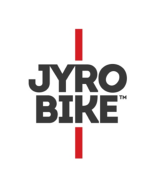