UT member Antonio Franchi, full professor in Aerial Robotics Control in the Robotics and Mechatronics (RAM) department of the EEMCS faculty, has been elevated to the grade of IEEE Fellow (class of 2023). This prestigious honour has been awarded by the IEEE – one of the largest association of technical professionals in the world – and acknowledges Prof. Franchi “contribution to modelling, design, and control for aerial and distributed robotic systems”. The elevation takes effect from 1 January 2023 and will be officially awarded at the IEEE International Conference on Robotics & Automation in May 2023, in London, UK.

Professor Franchi made his most significant contribution to the robotics field with his ground-breaking and extensive work, both at the theoretical and experimental level, on the so-called ‘generic’ multi-rotors. Before the work of professor Franchi and his team, standard aerial robotic systems were limited to the collinear/coplanar structure, such as quadrotors, using symmetrically inclined blades. Dissatisfied by the shortcomings of these platforms, Prof. Franchi’s team pioneered the introduction of many novel designs, such as the fully-actuated, omnidirectional (in every direction), morphing, and the cable-interconnected ones. Prof. Franchi’s work opened up a completely new research and application horizon in robotics, and enabled the use of aerial vehicles as fully-fledged robotics platforms, which are able to physically interact and manipulate the surrounding environment with an unprecedented level of accuracy and reliability. Nowadays, these platforms have become mainstream in the research and industrial community. 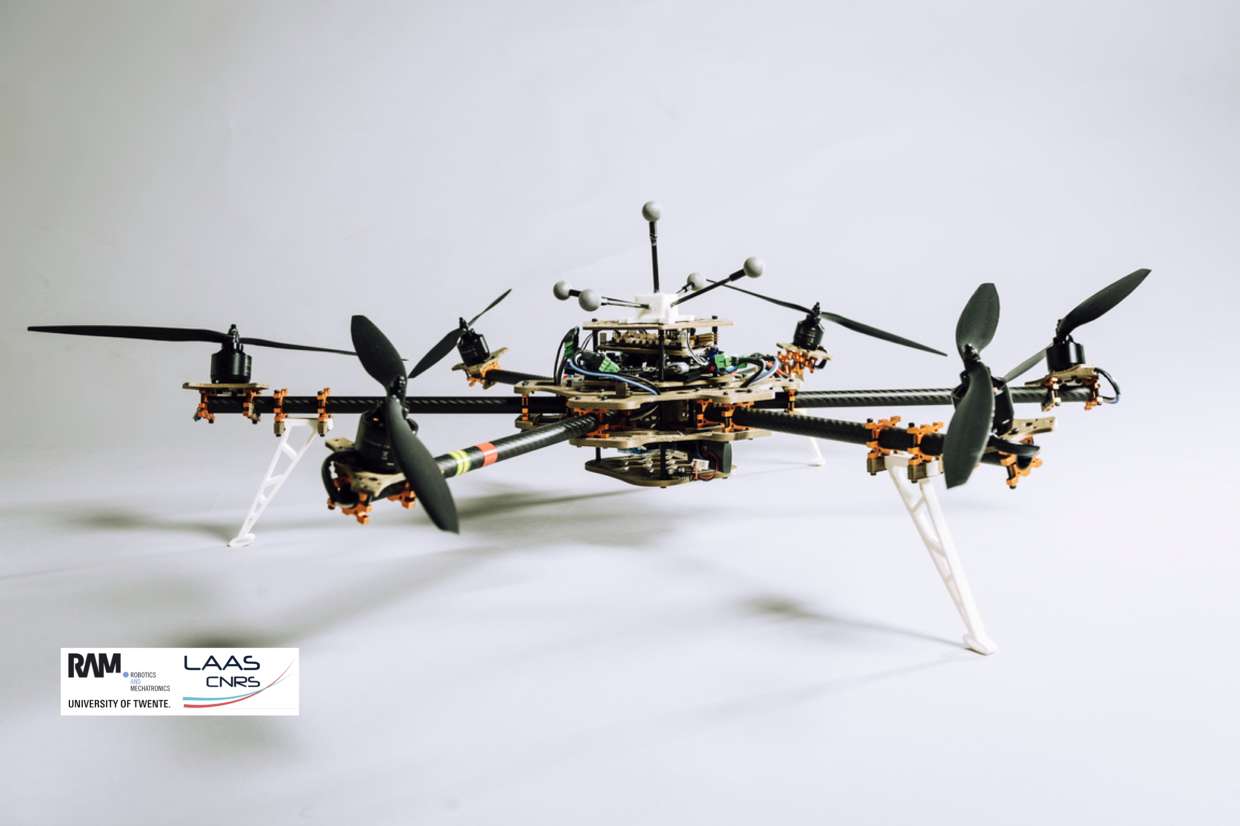 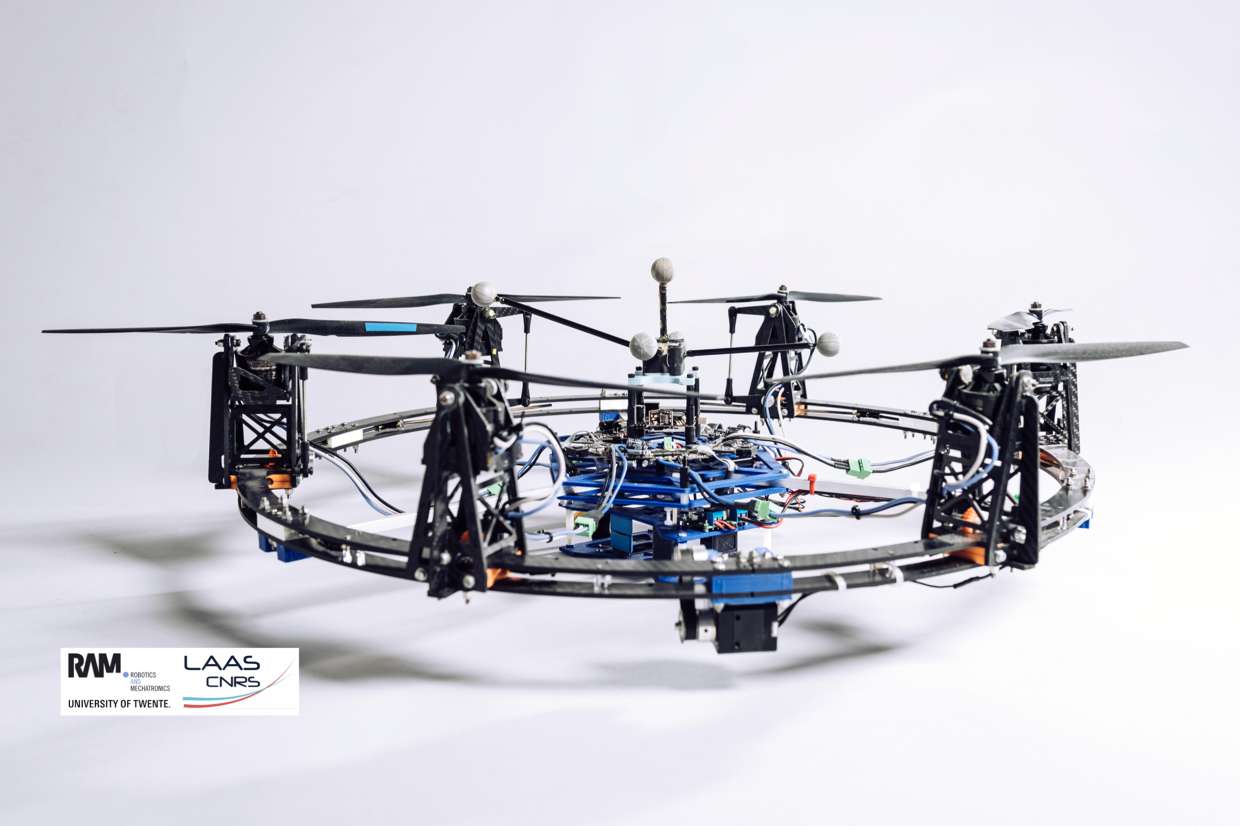 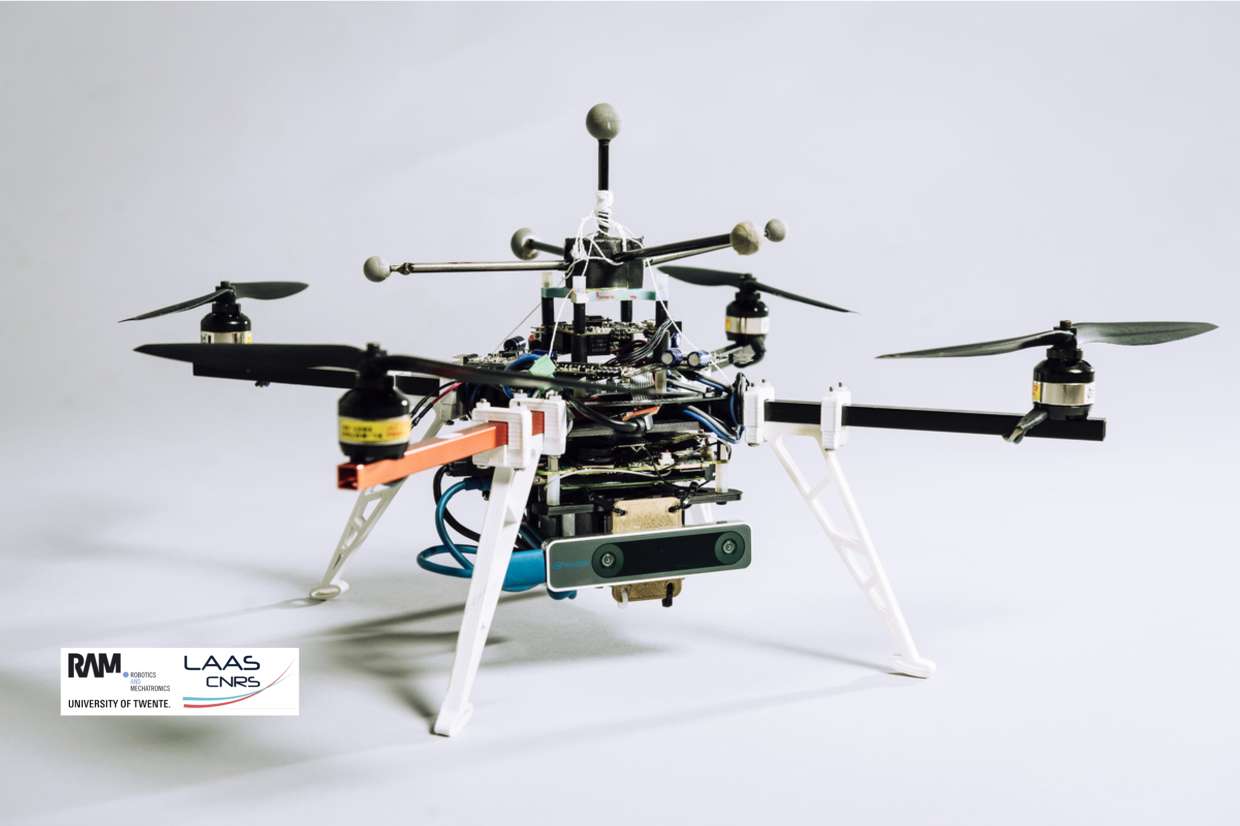 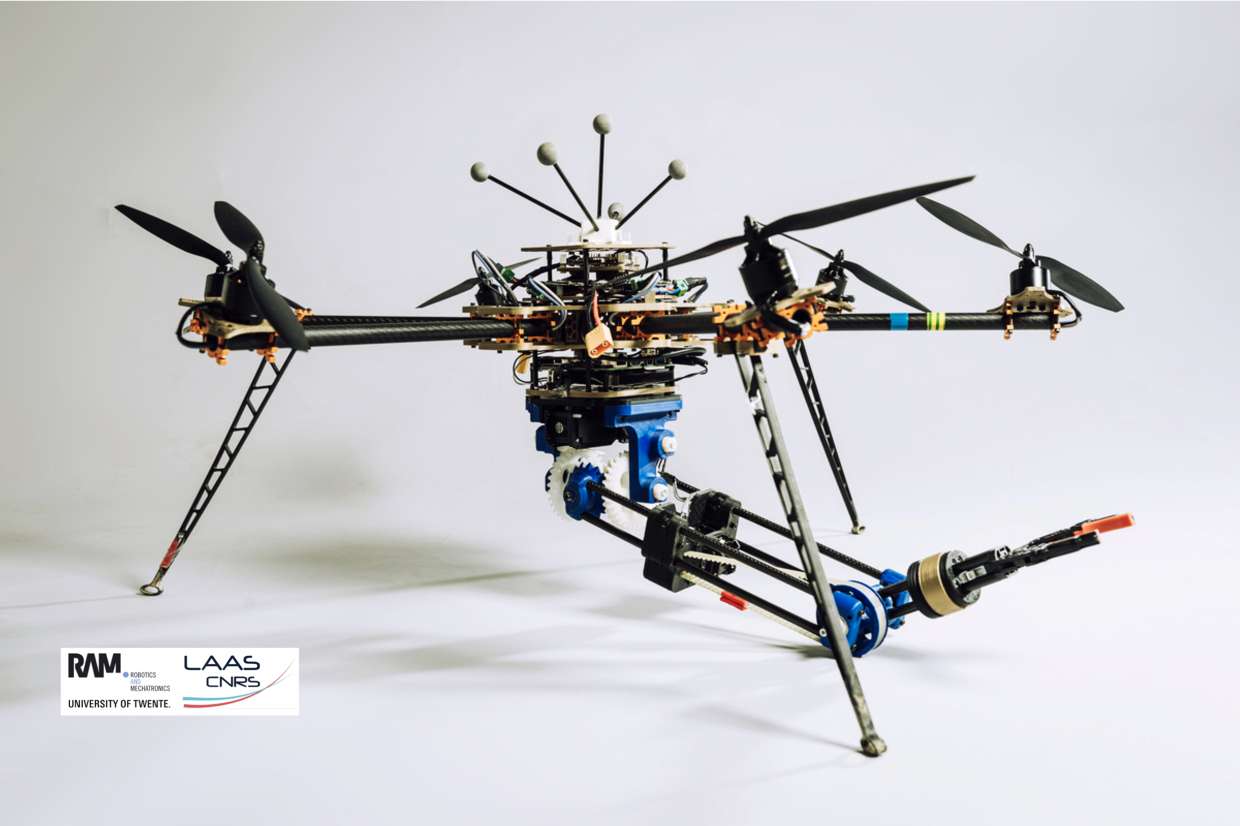 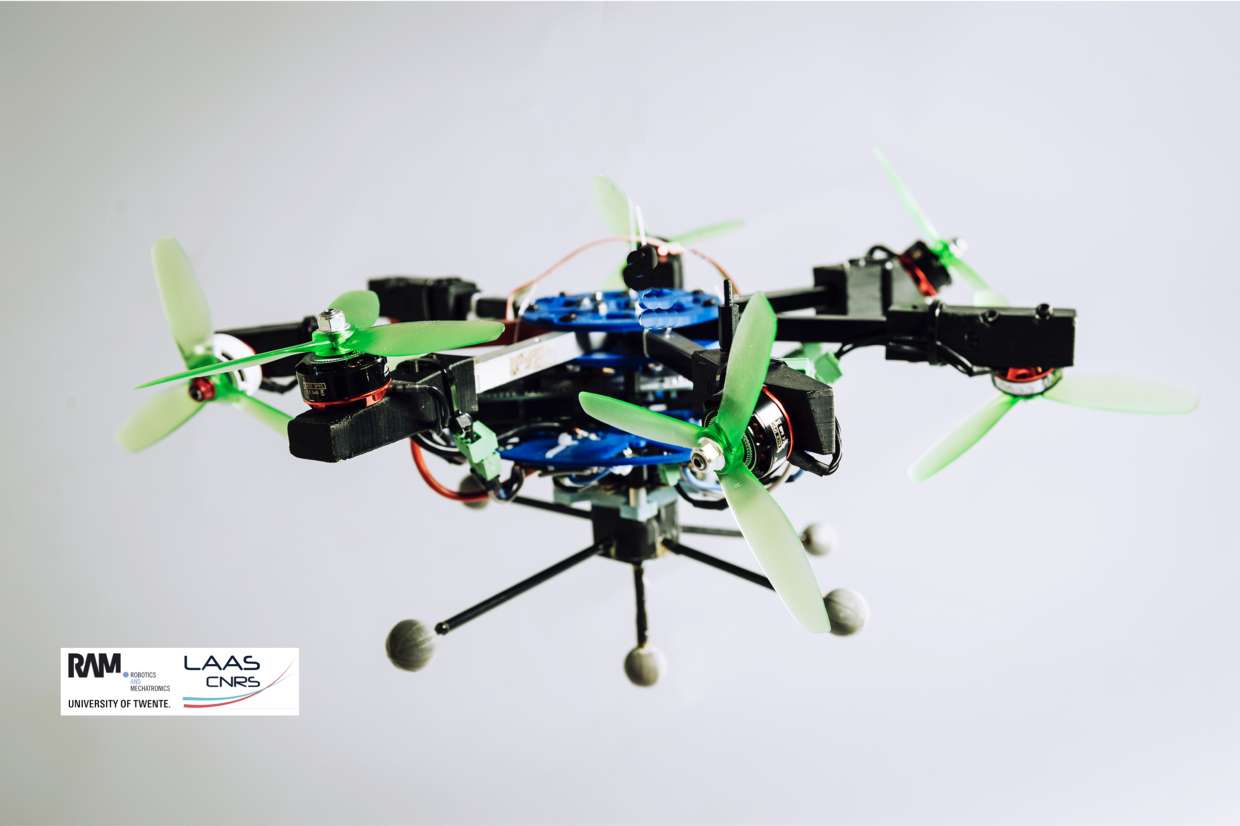 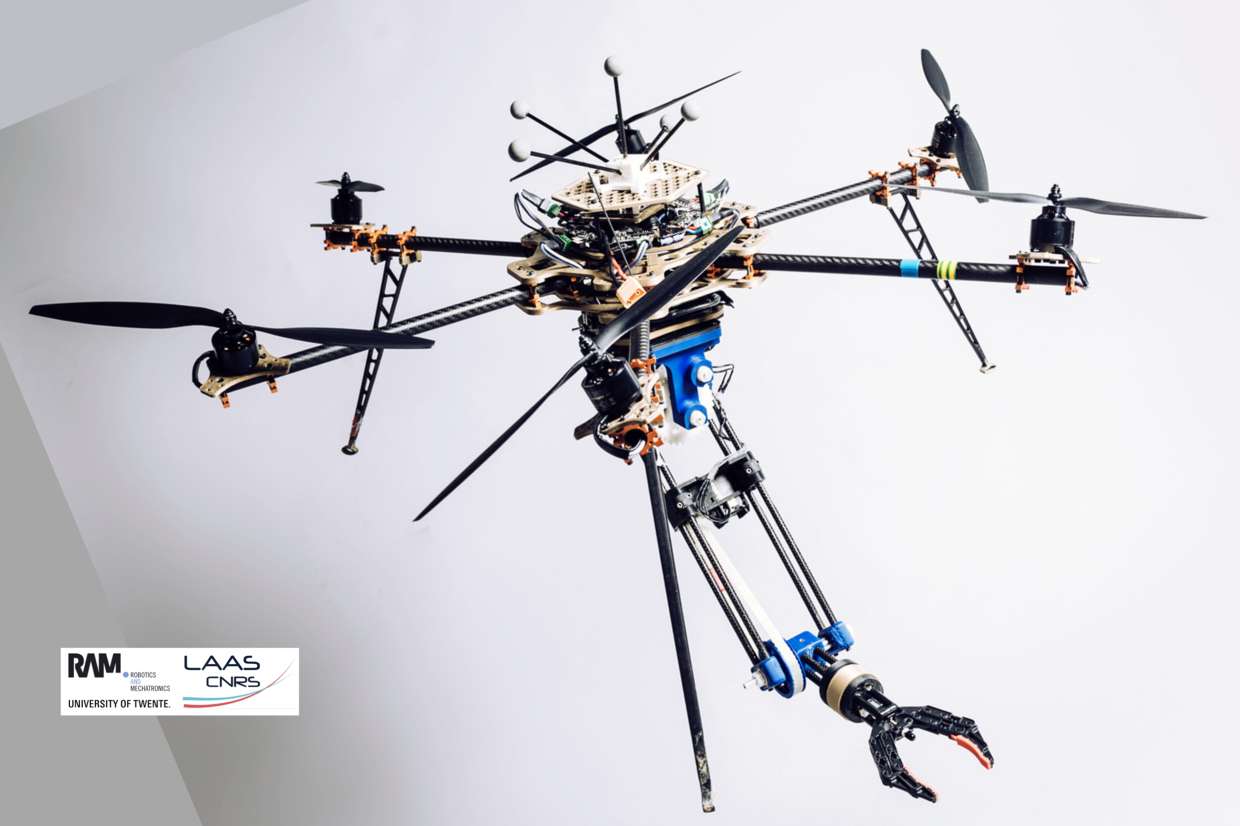 Multi-robot systems, also called swarms or distributed systems, can achieve tasks that are impossible for a single robot, such as simultaneous exploration, coverage and monitoring of large areas. Besides that, multi-robot systems are resilient to single point failure. Professor Franchi and his collaborators were among the first to introduce the bilateral teleoperation of multiple distributed mobile robots, which means that a single person can control a group of remotely located mobile robots and receive a force feedback that is informative of the status of the swarm. This work provided the engineering community with modeling and design tools to control systems in a way that ensures stability, despite the presence of communication limitations, such as low bandwidth, delays and packet losses. By introducing this and other novel methods, professor Franchi, together with his collaborators, let swarms achieve collective behaviours, such as information control, patrolling and exploration. These algorithms are now widely used in all applications in which robots are employed in the real world.

Each year, based on a rigorous and collective nomination and evaluation process, the IEEE Board of Directors selects a group of members for elevation to IEEE fellow. The total number of prospective IEEE fellows selected in any year cannot exceed the 0.1% of the total voting membership. The IEEE Fellow is the highest grade of membership of the IEEE and is recognised by the technical and scientific community as a prestigious honour and an important career achievement. To exemplify, only four researchers located in the Netherlands have been elevated IEEE Fellows in 2023.

For more information on the IEEE Fellowship
Visit the IEEE website