The University of Twente is one of the partners of a new European consortium on quantum computing, called QLSI (Quantum Large Scale Integration with Silicon). The partners aim at the development of quantum bits based on silicon technology. Silicon has the advantage of a mature manufacturing technology with advanced upscaling properties. Joining forces in exploiting this in quantum processors, is one of the starting points of QLSI, which is part of the ten year programme Quantum Flagship. 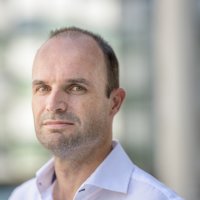 The quantum computer is on its way. Several times already, ‘quantum supremacy’ was demonstrated, in which a quantum computer outperforms classic supercomputers in solving very complex problems. In its Centre for Quantum Nanotechnology (QUANT), the University of Twente is developing several types of quantum building blocks. One of them is based on the well-known CMOS manufacturing technology for electronics.

Project leader of the new consortium, CEA-LETI in Grenoble, already demonstrated a CMOS-based quantum bit some years ago. The QLSI consortium, consisting of 19 partners, is aiming at scaling this up to a demonstrator processor of 16 qubits. QUANT has extensive knowledge on the applicability of silicon, UT’s MESA+ NanoLab offers high level infrastructure for this.

While one bit, as the basic information carrier in computers, can have a value of either ‘1’ or ‘0’, a qubit can be in multiple states at the same time. This is highly counterintuitive, but in this way a computer with several qubits can solve problems by calculating all possible alternatives at the same time. For a long time, this mainly was a theoretical exercise and a ‘holy grail’, but in the meantime, there is proof that it is working.

The Quantum Flagship of the European Union is a ten year, one billion euro programme, to give Europe a frontrunner position in quantum technology. The new QLSI consortium is part of this: it runs for four years and has a 15 million euro budget.