On Wednesday the 27th of June, 2018, Henk-Willem Veltkamp organized a social activity for the Integrated Devices and Systems research group. This was a perfect opportunity for the members of the Semiconductor Components group and the Micro Sensors and Systems group, who merged together earlier that year, to get to know each other while consuming some well-brewed beers.

Around 16:30 that afternoon, the gentlemen Rocco Chin and Robin Buma from the craft beer store Stanislaus Brewskovitch in Enschede arrived at the campus. In half an hour time, the car was unloaded and in the meantime, Susan Janse prepared a table full of delicious snacks.

Most of the group members arrived round 17:00, after which the tasting started. During the tasting, we had the opportunity to try out the Barry Weizen (a Hefeweizen), TUKR (a red Indian Pale Ale), and All Black (a stout) from Rocco's own brewery (also called Stanislaus Brewskovitch). Besides his own beers, he also brought Tulpomania (a traditional ale according to a historic Dutch recipe based on spelt malt) from the Dutch Jopen Brewery and the La Trappe Blond (a golden/blonde ale) from Brewery De Koningshoeven. During the tasting session, Rocco elaborated on the brewing process, how hops can influence the final taste of the beer, how porter beer became a thing, the differences between Gueuze beer brewing and conventional beer brewing, and of course the history of Stanislaus Brewskovitch and his future plans to open a brew-pub in the city center of Enschede. As final round, we had the chance to taste Stanislaus' famous coffee infused All Black. The All Black is a stout with hints of chocolate and coffee in its taste. Nevertheless, the aftertaste is still fresh due to the four used hops from New Zealand. Therefore, it is an ideal stout to mix with coffee. In this case, the stout was infused with cold brew Gayo Mountain organic Indonesian Coffee, giving it a more bitter taste. After this beer, they rounded up their 2.5 hours during session by giving the participants the opportunity to buy some of the beers.

Concluding, it was a good socializing event with nice beers, delicious snacks and nice people! 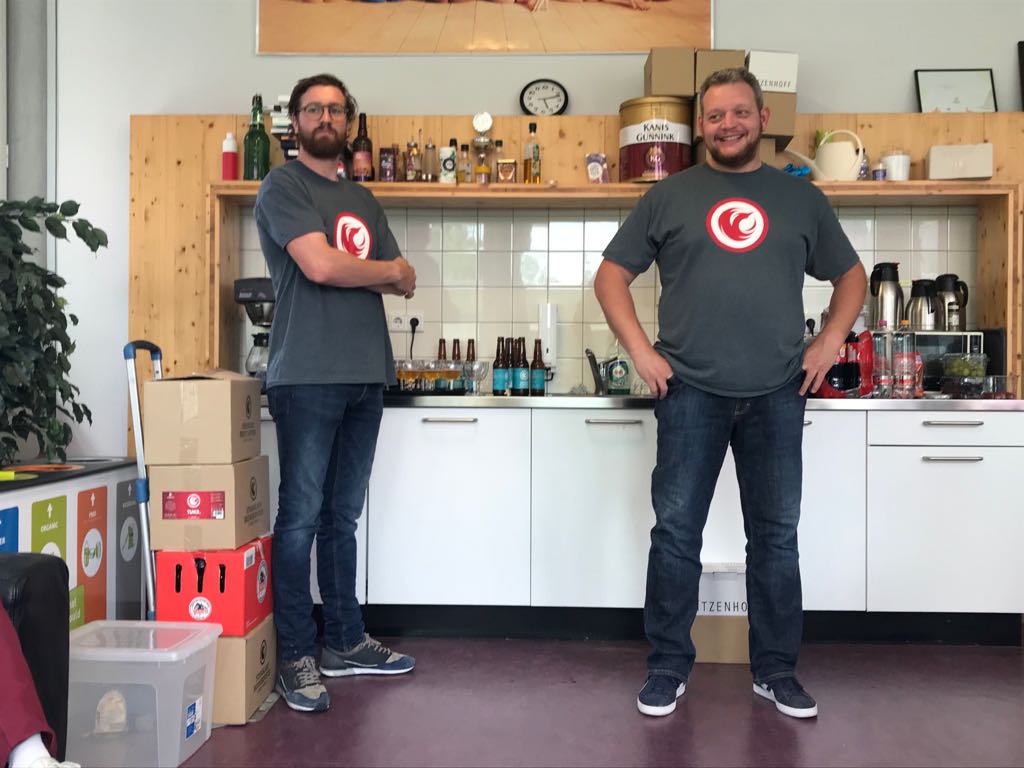 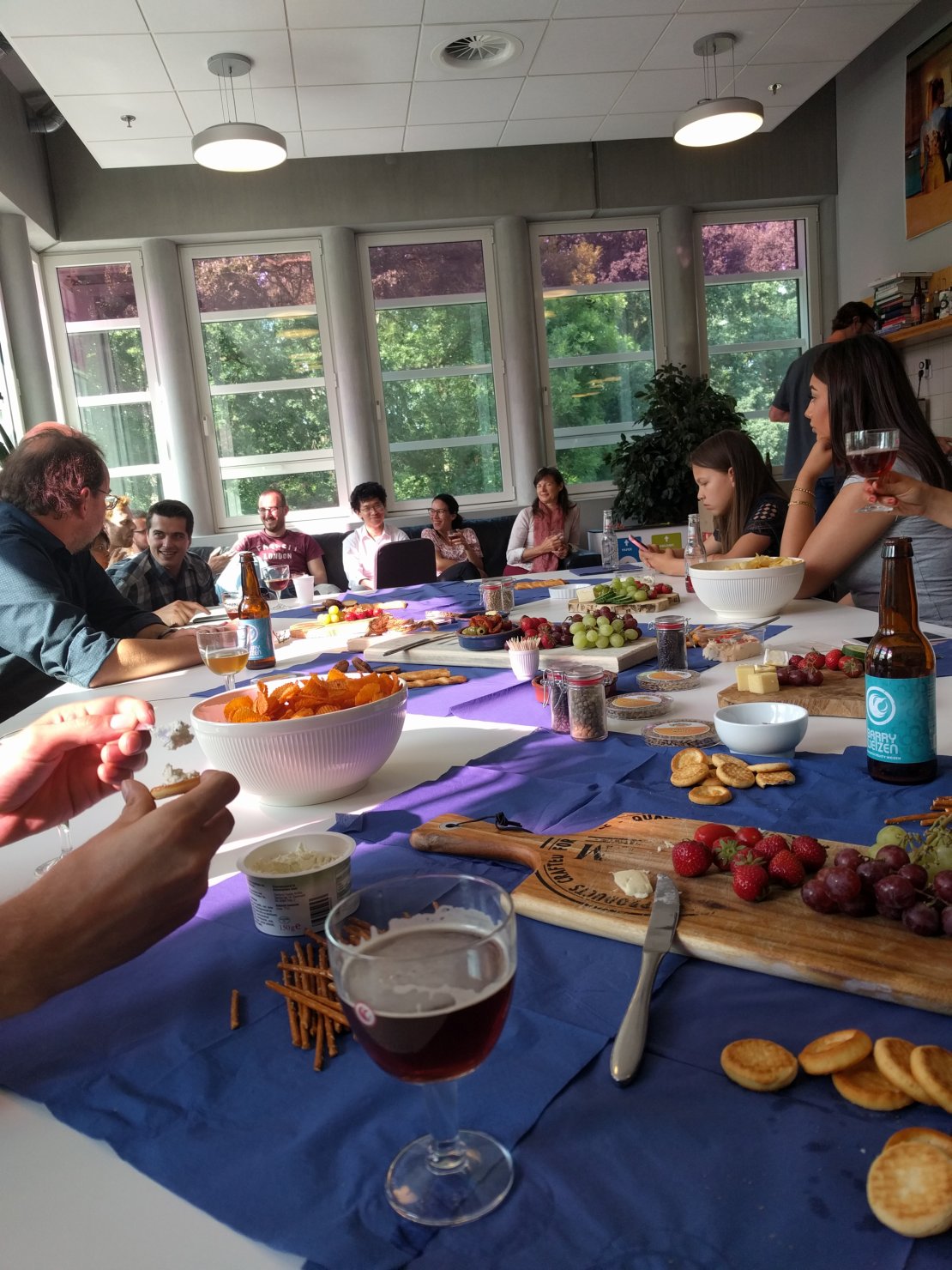 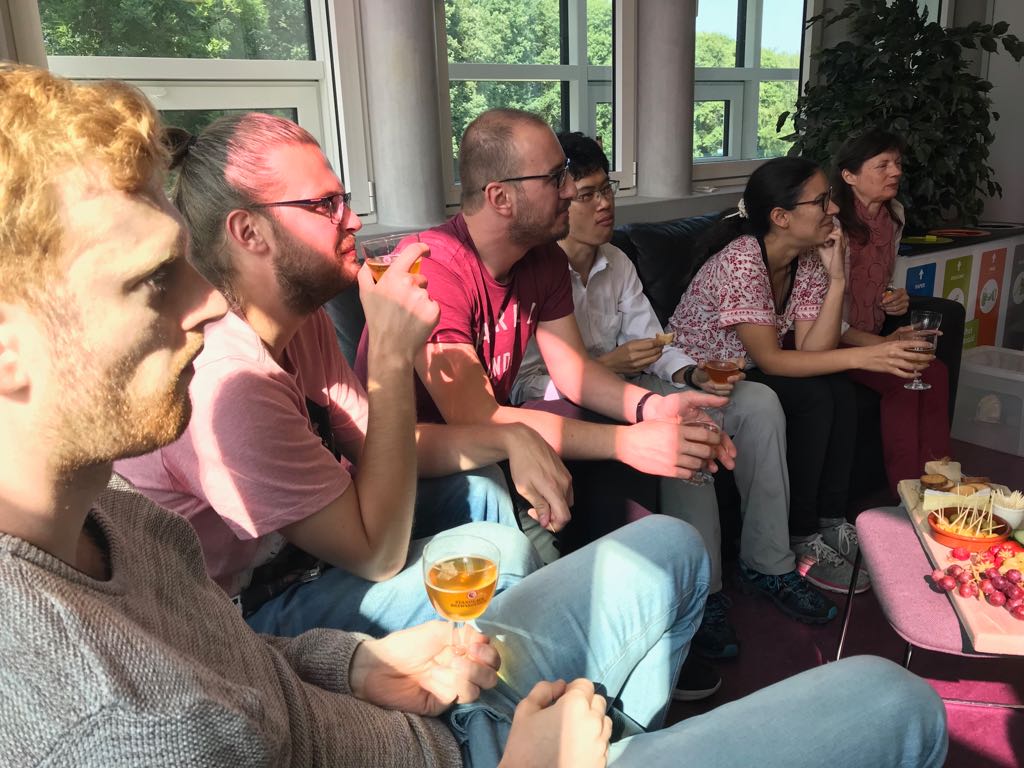