The paper provides a first look at the adoption and implementation of the relatively young RFC7816 (standardized in March 2016), which specifies qname minimization (qmin). Qmin is a method which enhances the privacy of DNS queries, by limiting the amount of data that is transmitted to each of the authoritative name servers that are involved in resolving a query. Using passive and active measurements, we show a slow but steady adoption of qmin on the Internet, with a surprising variety in implementations of the standard. Using controlled experiments in a test-bed, we validate lookup behavior of various resolvers, and quantify that qmin both increases the number of DNS lookups by up to 26%, and also leads to up to 5% more failed lookups. We conclude our work with a discussion of qmin’s risks and benefits and give advice for future use.

Link to the dataset:

Link to the paper: 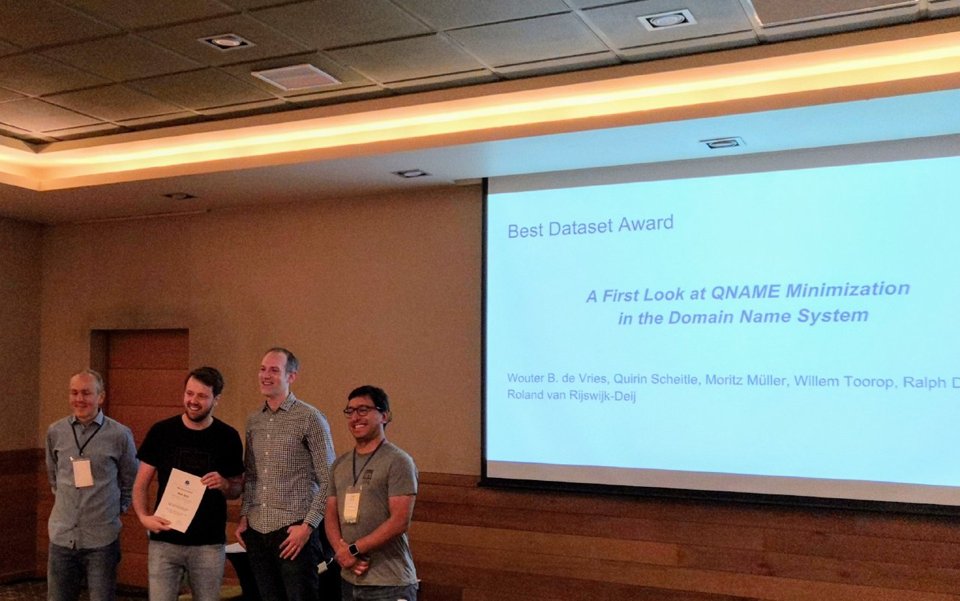