The Executive Board has appointed IJsbrand Haagsma Special Envoy for Public Affairs starting 1 November 2020. The appointment is part of the Shaping2030 ambition and the university’s mission, vision and strategy. One of the pillars of Shaping2030 is ‘Shaping Connections’, the ambition to work more closely with social and economic partners. IJsbrand Haagsma, currently Secretary of the 4TU.Federation, will be working to draw the attention of ministries, politicians and other public organisations to the groundbreaking and challenge-based research conducted at the University of Twente. In this position he will be working closely with knowledge institutions in the region, including Saxion University of Applied Sciences and the business community. This new position is a joint initiative by the University of Twente and the province of Overijssel.

IJsbrand Haagsma, born in 1966, has served as Secretary of the 4TU.Federation for the last eight years. In this period, the position of the joint venture of universities of technology was bolstered and Wageningen University joined the federation. Haagsma played a vital role in solving the issue of the lack of funding for universities of technology. He was involved in demanding that the issue be put on the political agenda, which resulted in a structural increase of the funding. The Executive Board is particularly delighted with the appointment of Haagsma. Executive Board President Victor van der Chijs says: “The network and experience IJsbrand Haagsma brings to the table fits in seamlessly with what we need in Twente.”

As Special Envoy for Public Affairs, Haagsma has been appointed by the Executive Board and he will be working under the responsibility of Geert Dewulf, Chief Development Officer and Director of Strategic Business Development, since April this year. He will maintain close contacts with faculties and institutes to promote UT research and education among decision-makers. In doing so, he will be working closely with other organisational units that create external connections. The Special Envoy can act as an ambassador for major programmes where the University of Twente takes the lead and represent the university and the region in the political arena in The Hague and elsewhere. 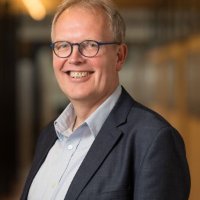 “What I know about IJsbrand Haagsma is that he’s excellent at connecting people and is able to operate efficiently from a clear vision. I will be working closely with him and am already looking forward to that very much.”
- Geert Dewulf, Chief Development Officer at the University of Twente - 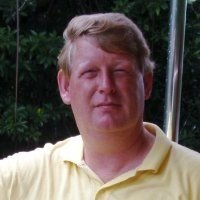 “The University of Twente has a unique position in specific scientific fields. The transition agenda for the Netherlands will benefit from the UT taking the lead in these areas. I look forward to realizing this together with the partners in the region.”
- IJsbrand Haagsma -
drs. B.G. Lankhaar (Bertyl)
Spokesperson Executive Board (EB) (Available Mon-Fri)
+ 31 6 2002 7435
b.g.lankhaar@utwente.nl
Building: Spiegel P107