On 29 November 1991 Prof Jean-Marie Lehn, PhD was awarded an honorary doctorate by the University of Twente (UT) for his pioneering chemical research.

Lehn received an honorary doctorate for his work in supra-molecular chemistry, a discipline that is very prominent at UT.

When UT awarded Jean-Marie Lehn an honorary doctorate, he told a highly evocative story about the discipline, which he described as "Molecular Sociology". Lehn: "Just like with humans, we can ascribe characteristics to molecules. One type happily associates with one another, the other prefers to isolate itself". 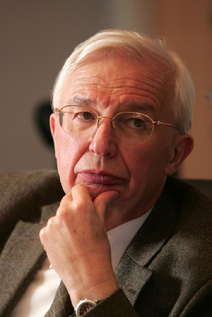 Lehn obtained his "Docteur es Sciences" (PhD) in June 1963. In 1966 Lehn was appointed assistant professor in the chemistry department of the University of Strasbourg where his research focused on the physical properties of molecules and synthesizing compounds. In 1968, he achieved the synthesis of cage-like molecules comprising a cavity inside which another molecule could be embedded. This was the basis for a whole new field of chemistry. These cryptands, as Lehn called them, became his main interest. Early 1970, Lehn was appointed associate professor and in October of the same year he was promoted to professor. He spent two semesters as a guest lecturer at Harvard University. He was elected chair of the "Chimie des Interactions moléculaires' in 1979 at the Collège de France in Paris. His scientific work has appeared in some 400 publications and review papers. 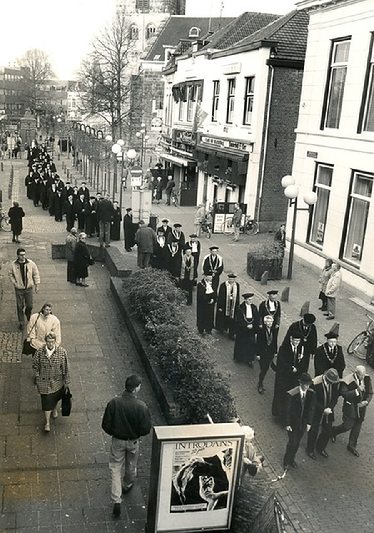 In procession to the Twentse Schouwburg

Lehn on the honorary doctorate 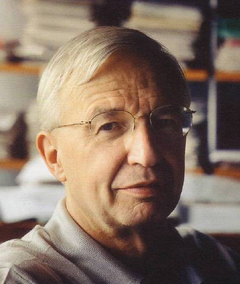 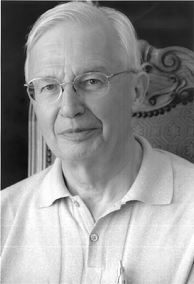 Advice to young scientists or students

"I once wrote: "Science is the future of humanity, take part in it!"