Parikshit Phadke was a PhD student in the research group XUV Optics (XUV), he defended his thesis on November 11th 2020. His supervisor was prof.dr. F. Bijkerk from the Faculty of Science and Technology.

Due to the COVID-19 crisis measures the PhD defence of Parikshit Phadke took place (partly) online in the presence of an invited audience.

Understanding material loss due to ion interactions from a plasma is invaluable for a large array of applications. Whether they be desirable processes such as thin film coating technologies, for instance magnetron deposition; or undesirable processes, such as erosion of divertor walls in fusion reactors and grid damage in ion thrusters. The knowledge of the processes involved allows for better control over coating processes or predictability of material lifetime. The processes include effects such as sputtering and implantation, which depend on the energy of the incident particles (ions). At low energies, the process of sputtering is inefficient and not comprehensively understood – partly due to experimental  challenges associated with generation of low energy ions and detection of loss– as they can be strongly material dependent.

This thesis is a step in the direction of understanding the various processes in ion-surface interactions and ascertain the efficiency of the sputtering process for materials commonly used in applications stated above. This is carried out by using a combination of experimental techniques and simulation methods to gain a more complete understanding of competition between sputtering and implantation at energies between 50 – 500 eV.

Sputter yields are a measure of the efficiency with which an ion with a particular energy can remove atoms from a target material. The process is inefficient at low energies and exhibits a threshold effect where below a certain incident ion energy (sputter threshold), no material loss is observed. This region remains relatively un-explored and yet the information obtained here is invaluable for applications. In this work, a high flux ion source coupled with high sensitivity mass loss detection using a quartz crystal microbalance (QCM) allowed measurement of sputter yields at incident ion energies near the sputter threshold. Targets consisting of thin films of transition metals: Mo, Ru, Pd and W were investigated under the bombardment of inert ion species (Ar+ and Ne+) as well as reactive ion species (N2+ and O2+).

Transition metals bombarded by reactive ions of N2 feed gas were studied using a combination of QCM measurements, X-ray photoelectron spectroscopy and dynamic Monte Carlo simulations by means of TRIDYN. The sputter yields measured by the QCMs and the nitrogen content from the XPS spectra were compared simultaneously to TRIDYN simulations of sputter yields and concentration depth profiles. The simulated depth profiles were used to re-construct the nitrogen signal of the XPS to gain better non-destructive understanding of the samples. It was found that in all the metals studied, the nitrogen content did not vary upon changing the ion energy. This was explained from the simulations to be due to a balance of sputtering and implantation. As the sputter efficiency increases, the reaction cross-sections proportionally increase leading to a constant nitrogen content in the film.

The same metals, when bombarded by reactive ions of O2 (which are similar in mass to N2) show larger discrepancies compared to the simulated sputter yields and depth profiles of TRIDYN. Sputter yields for most metals (except Pd) were found to deviate near the sputter threshold. This is indicative of a possible volatile oxide formation. Ru showed the largest variation from predictions with experimental data indicating an absence of a threshold. It is hypothesized that the ion source’s inefficient ozone generation is sufficient to skew observations. This time, angle resolved XPS allowed for estimation of the oxide formed from the ion bombardment process. TRIDYN under-estimated the oxide depth, meaning oxygen transport occurs much deeper than from a purely ballistic energy transfer perspective. The presence of additional diffusion channels arising from defects generated by the incident ions can account for the observed results. The competition for oxygen incorporation, is therefore found to be between sputtering, implantation and diffusion.

Finally, the sputter yields of inert ion species are very well understood, and a need for complex Monte Carlo simulations is not always necessary. Simple, well-established semi-empirical models can predict the yields reasonably well. However, they are prone to estimation errors for certain targets and need to be fit to experimental data, endangering their predictability in the near-threshold region. The free parameters of the Yamamura model were studied by comparing the model fits to experimental and simulated data using a Bayesian Markov Chain Monte Carlo algorithm. It was found that the fit parameters behave rather predictably as a function of the efficiency of energy transferred from an ion to an atom. Further, when the free parameters are unknown (due to a lack of experimental data or prior knowledge), they can be estimated in order to increase the accuracy of the sputter yield prediction. 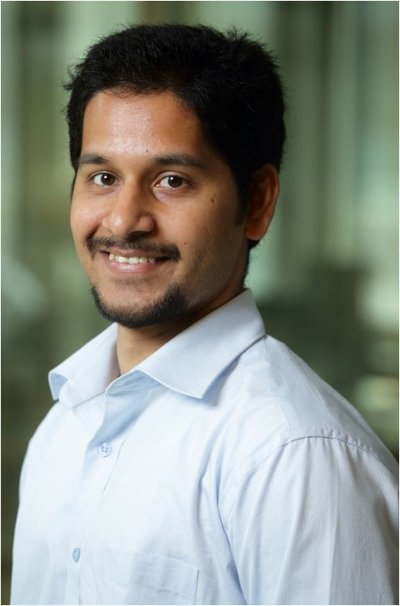