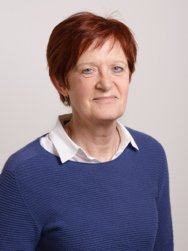 The human alpha-synuclein protein self-assembles to form ~10 nm diameter amyloid fibrils that are chemically and mechanically extremely stable. These properties, together with the possibility to site-specifically functionalize the protein, make amyloid an attractive biomaterial for use in the fabrication of nanophotonic and nanoelectronic devices. In contrast to chemical polymer synthesis, amyloid formation is a spontaneous process not requiring addition of catalysts. To the aim of creating nanophotonic wires we bind specific fluorophores or nanocrystals (quantum dots) to genetically cysteine modified protein molecules constituting the fibrils. Similarly, for use in nanoelectronic devices conductive nanowires are constructed by attaching nanogold particles to the fibrils.
αSyn monomers, like other amyloid proteins, form polymorphic fibrils in a de novo aggregation. By chosing specific solution conditions we successfully prepared fibrils of one morphology, an important requirement for reproducible fabrication of equal quality nanowires. For different mutants of αSyn forming fibrils with characteristic morphology, we investigated the long term morphologic stability of the fibrils. Although polymorphic at the early phase of aggregation, with progress of fibrillization one of the polymorphs out competed the others and formed a homogeneous population of fibrils at the plateau phase. Furthermore we produced fibrils of two distinct morphologies containing the same protein monomers (wt) by templating on seeds of two different polymorphs. Surprisingly the relative fluorescence intensities of ThT bound to the fibrils with different morphology did not correlate with the respective amount of monomer incorporation. ThT fluorescence lifetime measurements indicated that morphologically distinct fibrils show different binding surfaces for ThT binding leading to typical ThT fluorescence intensities. We also investigated the effect of the seed and monomer conformations in seeded aggregations. The results showed that wt monomers aggregated with seeds prepared from mutant monomers, while aggregation of mutant monomers was restricted to wt or homologous seeds, indicating that the conformations available to the soluble monomers are a critical determinant for heterologous aggregations. We successfully functionalized cysteine mutant αSyn fibrils with gold nanoparticles of 1.4 and 5 nm and increased the particle size by electroless gold enhancement to provide the fibrils with a continuous gold coat. Initial measurements with contact probe AFM showed promising conductive properties regarding the use of the hybrid bio-nanostructures as nanowires. This project was financially supported by NanoNextNL, The Netherlands (2012-2016).

The role of α-synuclein inclusion bodies in neuronal dysfunction

The presence of Lewy pathology in brain nerve cells is a hallmark of Parkinson’s disease (PD). The Lewy inclusions are largely composed of fibrillar α-synculein protein aggregates (amyloid). The disease is accompanied by nerve cell death and spreading of Lewy pathology over an increasing part of the brain. It is however not clear if nerve cell loss is a direct consequence of the presence of the Lewy pathology. A relation between de number of inclusions in the brain and the severity of the disease has not been found. The formation of inclusions has even been proposed to inhibit or prevent cell degradation. Interestingly, Lewy pathology varies strongly regarding morphology, size and intracellular localization.
In this project we investigate if the spreading of amyloid aggregates and the effect on cell viability depends on the type of protein inclusion present. To this aim we induce α-synculein aggregation in cultured and differentiated SH-SY5Y neuroblastoma cells. After classification of the protein inclusions based on morphology, size, cellular localization and colocalization with other proteins, we determine per category their cytotoxic and infectious properties. To obtain most detailed information we make use of advanced microscopy techniques, like (automated) confocal fluorescence microscopy. This project may give more insight into the pathogenesis and the mechanism of PD. Possibly the knowledge on inclusion type specific infectious properties enables discrimination and understanding of fast and slowly developing disease types.
The results indicate that the induction of LBLI in differentiated αS overexpressing SH-SY5Y cells, at our experimental conditions, depends on the concentration of αS fibril seeds that the cells are exposed to. Moreover, we were able to disclose from our data that the development of LBLI is accompanied by changes in cytoplasmic texture. The induced LBLI and cytoplasmic texture changes were however not sufficient to affect cell viability, at least not with the viability tests used, measuring metabolic activity and membrane integrity. Possibly cell viability or cytotoxicity tests that detect changes in cellular condition at an earlier stage in the process towards cell death, would be useful.
Although still preliminary, the results obtained in this project on induction of LBLI as an in vitro model system for the development of PD, show that automated imaging and analysis is essential to extract relevant data about the effect of processes that slowly progress and induce subtle changes in cells. With traditional biochemical assays and microscopy methods it is only feasible to analyze a very limited number of samples. Automation enables analysis of large populations in a much faster and unbiased way. Specifically the observed changes in cytoplasmic texture are very interesting and need further investigation and data analysis, including adjustment of algorithms to elucidate the significance of this observation.

This project was financially supported by the Stichting Parkinson Fonds, The Netherlands (2013-2016).