In their recently published paper, UT-researchers Ameya Krishna B, Dr Saskia Lindhoud and Prof Dr Wiebe de Vos (S&T faculty / MESA+) showcase a novel way to develop anion exchange membranes, based on a very new type of plastic (saloplastic). The researchers also show that their technique can be used to create membranes that are very stable in extreme conditions like a very high or low pH, making them useful for fuel cells or to desalinate water. They published their work in the Journal of Colloid and Interface Science.

Clean, fresh water has always been one of the most important resources for humans to survive. No wonder that a growing shortage of water has become a major concern in the last century. Researchers worldwide have been working to overcome this problem, for example by developing new technologies to create drinkable water.

One of these technologies is electrodialysis for seawater or brackish water desalination. This technique requires an ion-exchange membrane that selectively allows the ions from aqueous salt to pass through them while blocking the water. The process to create these membranes is often challenging, leading to expensive membranes, while the resulting membranes are often not stable in extreme environments with either a very high or a very low pH.

The researchers found a technique that can overcome the problems faced by the commercially used ion-exchanged membranes by creating a so-called saloplastic. “When mixing certain positively- and negatively charged polymers in water, we were already able to create a polyelectrolyte complex (PEC) that can be best described as a mozzarella-like ball of plastic”, says de Vos. “The main problem we faced was how to easily process this complex into a usable membrane”, adds Ameya.

Figure 1: The new process of hot pressing the Polyelectrolyte complex leads to a dense and transparent membrane

After researching several techniques, the researchers found hot-pressing to have the highest potential. In this process, the PEC is placed in a mould to be inserted in a hot press. At first, the press closes without any extra pressure and heats up to a temperature of eighty degrees Celsius. After around twenty minutes, when the material reaches the set temperature, the hot press applies a high pressure of two hundred bar. Similar to the pressure felt underwater at a depth of around two kilometres.

The PEC remains under these conditions for five minutes, after which the material is cooled to 25 degrees Celsius. “The whole process takes around an hour, which is way less compared to other used techniques that can take up to several days”, explains Lindhoud. The final product is a dense and transparent film. “Our plastic is sturdy and flexible and fully dense down to the nanometer scale”, says Bysani. Moreover, the approach is fully scalable and provides excellent control over the size, thickness and structure of the membrane. 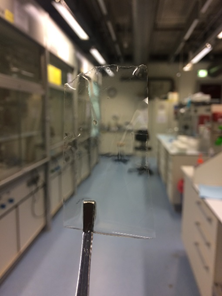 Figure 2: The final product, a dense and transparent film

The membrane has many potential applications besides desalination. The stability at very high and low pH levels makes it possible to use the material in fuel cells. Next to the relatively easy production process which does not rely on organic solvents, the material is also self-healing when added to saltwater, making it possibly the sustainable membrane of the future.

The research has been done in the Membrane Science and Technology cluster (MST; Faculty of S&T / MESA+) and the Molecular Nanofabrication group (MNF; Faculty of S&T / MESA+). The paper ‘Hot-pressed polyelectrolyte complexes as novel alkaline stable monovalent-ion selective anion exchange membranes’, by Ameya Krishna B, Dr Saskia Lindhoud and Prof Dr Wiebe de Vos is published today in the Journal of Colloid and Interface Science. The paper is open access and can be read online.