Gravitational waves originating form events in the universe such as the merging of black holes were for the first time detected in 2015 by the LIGO observatories in the USA. These waves were already predicted by Albert Einstein more than hundred years ago in 1916 on the basis of his general theory of relativity. Following the detection in 2015, the 2017 Nobel Prize in Physics was awarded to Rainer Weiss, Kip Thorne and Barry Barish for their roles in the direct detection of gravitational waves.

In Europe a project has been started a decade ago to realize an observatory which is orders of magnitude more sensitive than LIGO or other predecessors. Detection is based on laser interferometry as in LIGO but the sensitivity is greatly improved by increasing the size of the interferometer arms (from 3km to 10 km), by using a triangular arrangement forming three interferometers, by realizing the setup underground at a depth of 200 to 300 m, and by cooling the mirrors to a very low (cryogenic) temperature to reduce thermal noise (around 10 K, 10 degrees above absolute zero, ca - 260 oC). (www.et-gw.eu and www.einsteintelescope.nl).

In order to develop technologies required for the Einstein Telescope, scientist and companies from the Netherlands, Belgium and Germany are setting up a joint R&D facility: ETpathfinder (ETPF). The University of Twente is one of the founding partners of ETPF. This pathfinder is a scaled-down version of ET with arms of 20 m rather than 10 km, not aiming to detect gravitational waves but intended to develop the precision technology, coatings and optics as well as special measurement and control technology, seismic isolation, required for the Einstein Telescope and to test these in an ET-like environment. The ETPF laboratory is currently established at the University of Maastricht. (www.etpathfinder.eu).

Based on the cryogenic expertise established at the University of Twente, UT will have an important role in the development of the Einstein Telescope (ET). Vibration-free cooling technology that has been developed in the research group Energy, Materials and Systems in earlier projects for the European Space Agency will be applied and tailored to the needs of ET.

Furthermore, a dedicated Cryogenic Test Facility will be realized at UT for developing, testing and validating cryogenic technologies for ET. For this purpose an extra copy of the vacuum towers designed for ETPF is built by the Italian company ALCA Technology and was shipped to UT and arrived late Thursday 2 September. The vacuum tower measures around 3 m at maximum in diameter and about 2 m inside height. This tower was placed in the process hall of the HDL building on September 9 and 10. All cryogenic technologies to be used in ETPF will be tested and validated in this tower applying the same cryogenic infrastructure as will be used in ETPF.

A workshop dedicated to vibration-free cooling was held at the University of Twente on Wednesday 1 September, bringing together 18 researchers from industry, institutes and universities to discuss developments and joint research. 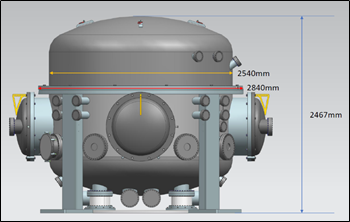 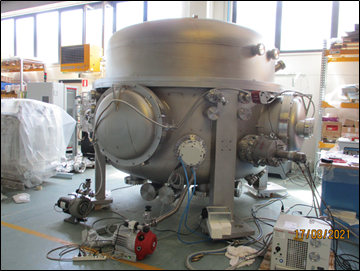 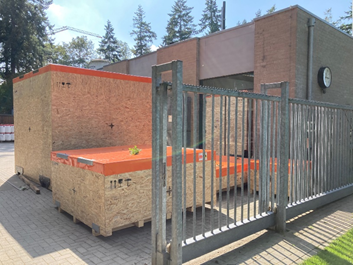 Boxes with Twente Tower materials on parking place of HDL 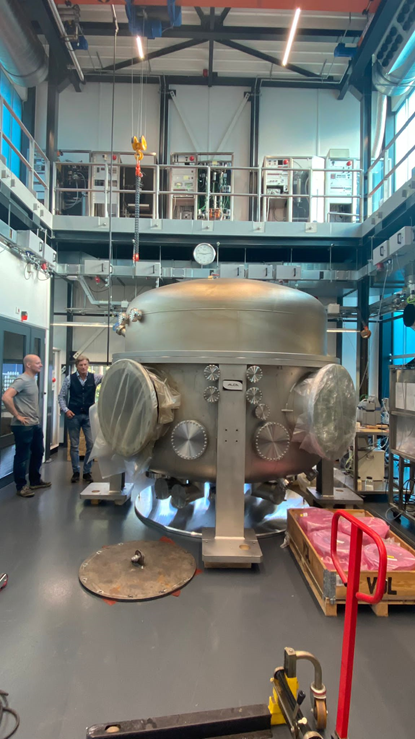 Twente Tower in position at the HDL (next to the tower: left Cris Vermeer, right Marcel ter Brake)