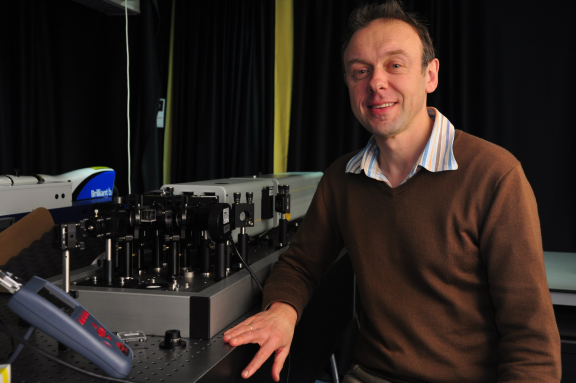 He started his career with an MSc degree in aerospace engineering in 1988 at the Delft University of Technology. He obtained a PhD degree at the Eindhoven University of Technology in 1995, specializing in optical measurement and modeling of turbulent flow. Since then Wiendelt has been at the University of Twente, first as a Post-Doctoral researcher and then from 2000 as Assistant Professor. He was appointed as Associate Professor and head of the Biomedical Optics Group in 2008. This group formed the core of the Chair of Biomedical Photonic Imaging (BMPI) which was started on 1 January 2010.

In addition to his research Wiendelt is actively involved in teaching 5 courses in the Biomedical Technology, Technical Medicine and Applied Physics tracks.

Wiendelt has been awarded the prestigious Vernieuwingsimpuls grants twice: the VIDI in 2002 and the VICI in 2010.