Every weekend, more than three million fans watch the popular Dutch TV game show Wie is de Mol? (Who is the Mole?) and try to work out which of the players might be the Mole. Haico Dorenbos, who is studying for a Master’s degree in Computer Science at the University of Twente, may have the answer. His ‘Moldel’ (a smart algorithm that he created especially for the show) predicts that there is a very good chance that either Marije (50%) or Splinter (40%) will be unmasked as the Mole.

“A few seasons ago, my brother and I were watching Wie is de Mol? together”, says Haico. “We were both convinced that we knew exactly who would turn out to be the Mole, but ‘our’ Moles were soon eliminated. That set me thinking. Could an algorithm be used to predict the outcome? It didn’t take me long to discover that this was a real possibility. I built the Moldel, tested it on the previous twenty seasons of the show, and started tweaking it. The system is becoming increasingly reliable. When tested on previous seasons, this model was usually able to predict the identity of the Mole by the end of episode six (which is where we are right now, in the present season).”

Haico is all too well aware that some fans may be less than enthusiastic about this algorithm. “The Moldel might take some of the fun out of watching the show, and some fans may even feel that I’ve gone too far. As for me, well I only created it to showcase the potential of state-of-the-art algorithms in 2021.”

The Moldel uses five layers, each of which is a key building block within the system.
Details of the individual layers are given in the explanatory notes below: ⠀⠀ 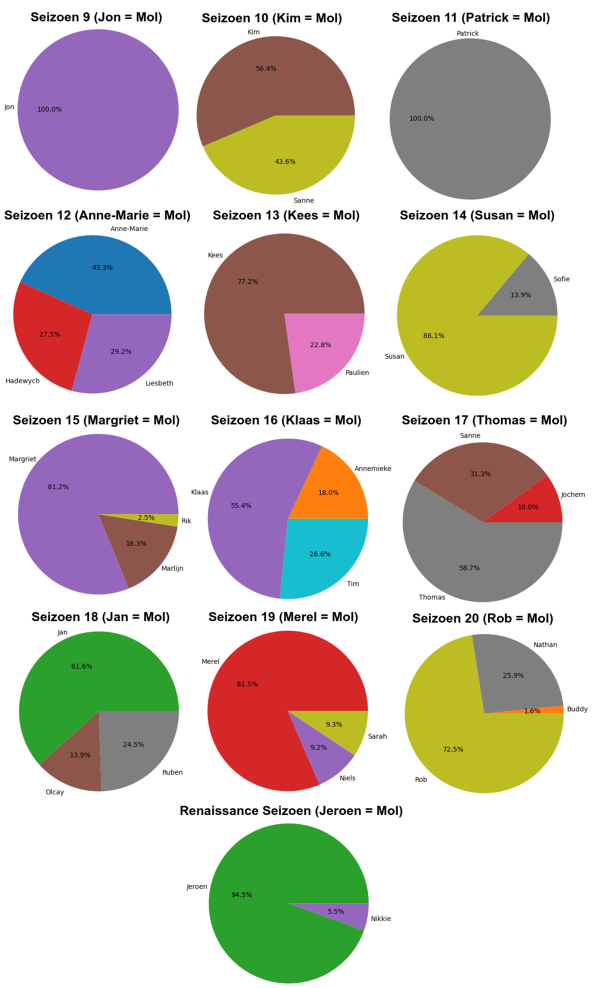 The Moldel was always right.

Data: predicting this season (21) after episode 6 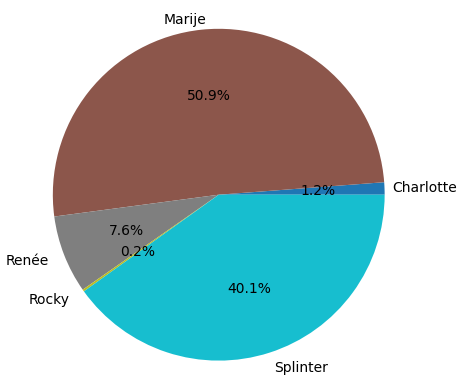 Haico Dorenbos (who is 24 years of age) is currently following the Master’s track in Data Science & Technology, as part of the University of Twente’s Master’s programme in Computer Science. The project has a strong mathematical link. His supervisors are Prof. Johannes Schmidt-Hieber, Dr Alexis Derumigny, and Dr Mannes Poel. The first two are mathematicians, and Dr Poel is a computer scientist. Haico holds Bachelor’s degrees in Applied Mathematics and Computer Science from Eindhoven University of Technology.

Further details about the system can be found on Haico’s GitHub page: https://github.com/Multifacio/Moldel.