¨There are no failures¨

Enno was appointed to the chair of the brand new Vakgroep Ontwikkelingskunde (popularly known as the VOK, but also as TDG – the Technology and Development Group) at the THT (now the UT) in 1979. He shaped this group following his own vision and philosophy about development. A social geographer by discipline, he had earlier been professor at the University of Utrecht, but came to Twente because he saw a need as well as considerable potential to support engineering students in understanding development problems better; young men (there were almost no female students at the UT in those days) who wanted to design technologies that would help bring people in developing countries out of poverty. The vakgroep was all about ´applied development´; quite deliberately, it did not offer a degree as such, but gave elective courses and provided individually tailored training to interested students across all faculties. 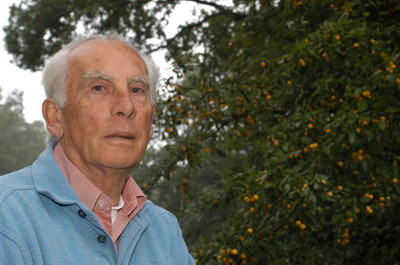 This mirrored another of his major roles: he was the much respected chairman of the NAR, the National Advisory Council on Development which advised and critiqued programmes carried out by DGIS, the Netherland´s Directorate General for Development Cooperation.  The material content of both these positions was strongly influenced by Enno´s long experience as an expert in the evaluation of development projects in the field, starting with his PhD research in Gujarat, India, in the early 1970s, which had a profound and lasting effect on him. His position always was: there are no failures, some development projects may not turn out the way the sponsors had thought or hoped, but even these have important impacts on the way development processes are understood.

As a visionary, Enno built up the VOK, hiring a rainbow of academics - anthropologists, physicists, sociologists, industrial engineers, economists, chemists, geographers, you name it - this may indeed have been the most multi-disciplinary academic group on development studies ever to exist in the Netherlands.  He allowed ample freedom for staff members to develop their own disciplinary qualities while keeping the group focussed on a number of core themes, which followed the main technical lines of the UT at the time, with the energy and water sectors foremost.  For more than 20 years the VOK ran short courses on energy planning for groups of students from developing countries, which later matured into specialised Masters courses.  He retired in 1997 and the undergraduate courses which he pioneered expanded to become some of the UT´s most popular Minors.

Generations of students, promovendi and all the academics who worked with him will remember with affection that quiet, tall, slightly austere but gently amused figure presiding over meetings and dispensing a very special kind of wisdom in the classrooms.