The season of 2014 had only one event for us to show our talents. This event was the Dutch Concrete Canoe Challenge, which this year was held in the nearby city of Almelo and organized by the Netwerkschool Twente which is part of the ROC of Twente. It turned out to be a very satisfactory event with 5 first prizes and the innovation prize.

As mentioned, the city of Almelo is nearby our hometown Enschede. While the short distance between Enschede and Almelo was nice regarding to the travel time, it gave us an even nicer opportunity to come up with a big innovation. The emphasis thereby lays on the word ‘big’, because the innovation prize was won with a canoe weighing no less than 1178 kilogram. This amount of concrete in one canoe was not yet displayed in the history of the Dutch Concrete Canoe Challenge and neither in the history of the BetonBrouwers. Besides the floating (of course) heavy canoe turned out to be an excellent facility to enjoy the view of the other teams racing. 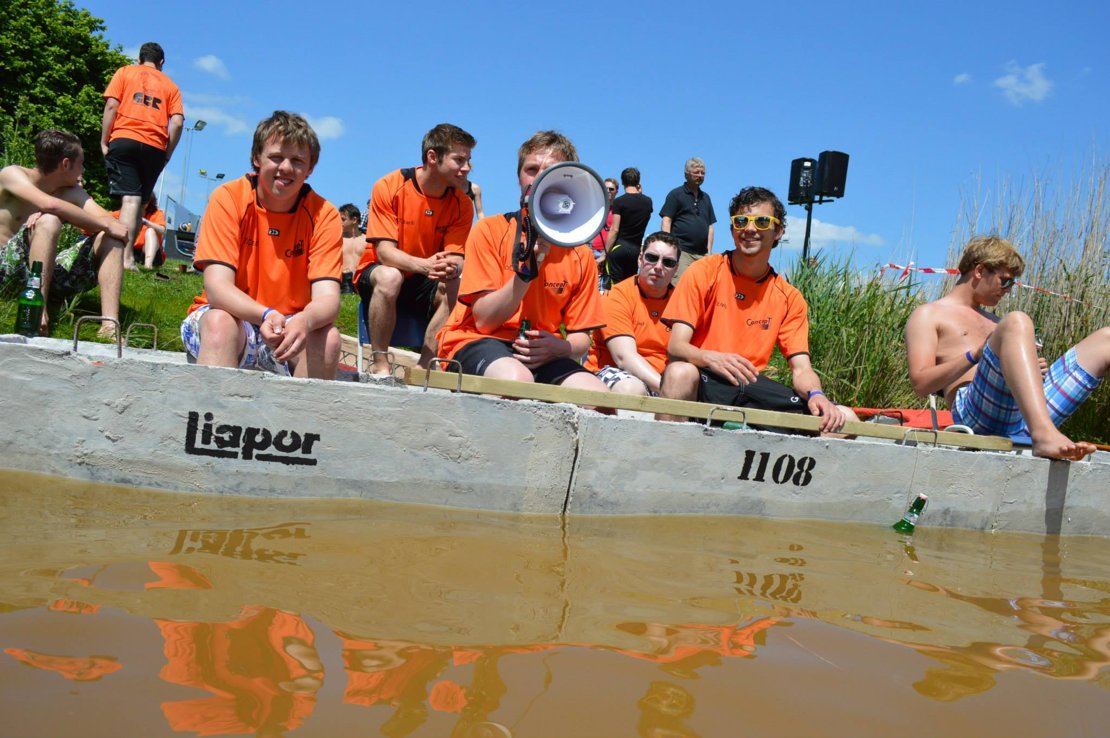 As you can imagine, we would not be able to win 5 first prizes with the (really) heavy canoe and so we also build some race canoes. To be precise it were a total of 3 race canoes, that presented us with first prizes at the 400m Men, 400m Women, 200m Men, 200m Women and 200m Mix. Some special attention was needed for this year’s canoes as the rules regarding the mixture were a little bit adjusted. As we put a lot of effort and frustration to meet the new requirements, it was kind of a let down that at the event itself it did not seem to matter. Nevertheless, it was a learning full experience and as previously stated the event was more than satisfactory, which was not possible without the good organization by the Netwerkschool Twente. 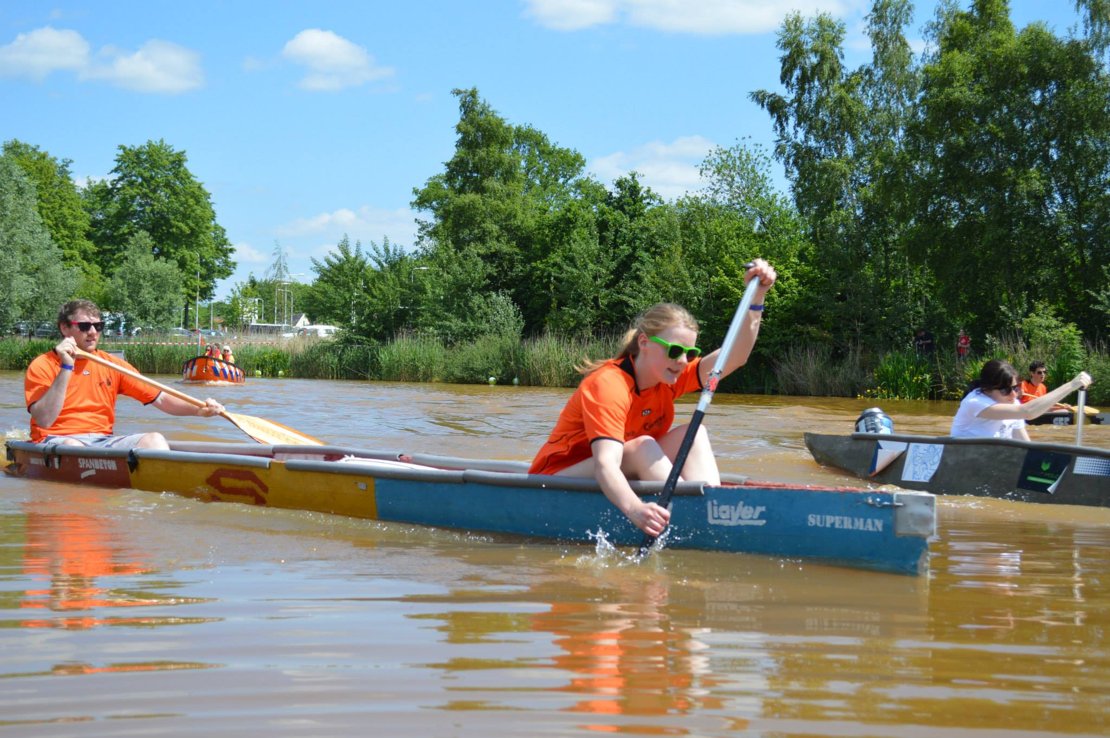