After the successful year 2010, the BetonBrouwers were determined to go on with their well performing concrete canoes. Though for 2011 the level was set to be even higher than the years before. Gaining the price for the lightest canoe was one of the goals for 2011, as well as searching for a way to build lighter racing canoes; engineering on the edge. Because of returning to Germany again, the 2011 canoes had to carry something ‘Dutch’. Therefore the BetonBrouwers decides to build red-white-blue colored canoes: the colors of the Dutch flag.

After a successful designing, building and training period, a fully stuffed van and a six meter trailer left Enschede on the 20th of May 2011. With five canoes the team from Twente was heading south, destination: Eindhoven. On the way, the new BetonBrouwers accommodation, a big Army tent, was picked up which was immediately set up after reaching the camping ground in Eindhoven. After screening by the jury, the canoes were prepared for the races the day after. Although the design of the canoes was perfect, the thinness of the canoes was set to be the Achilles heel, as turned out the next day.

Under blue skies and high temperatures, the races started on Saturday morning. The qualifying rounds went very well for all of the red, white and blue canoes from Twente. Though, during the next rounds the canoes proved to be constructed too light: they just weren’t suitable for the big forces applied on the canoes. Because of that: one canoe sank during the races, one collapsed after a race and one race canoe was held together by lots of duck tape. A little success however was the lightest canoe, which weighted only 11 kg! It was a new Dutch national record. It took about ten minutes to paddle 100 meter, but the BetonBrouwers crew managed to get the canoe over de finish line! 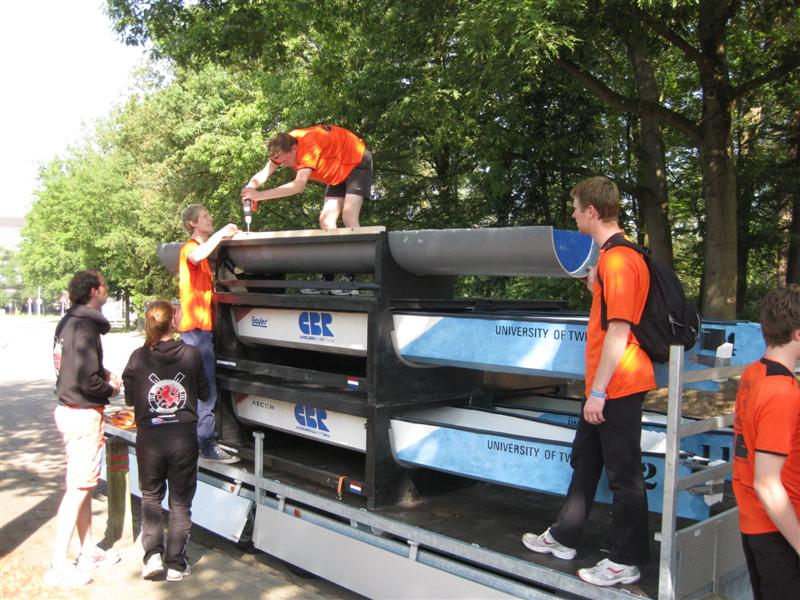 Despite all the broken canoes, the BetonBrouwers performed well in the finals. At the end no less than fifteen prices were gained. Among those several first, second and third prices for the races, the construction price, lightest canoe and off course the overall price which was won by the BetonBrouwers for the fourth time in a row.

After the successful weekend in Eindhoven, the BetonBrouwers couldn’t lay back because of the fact that two new canoes had to be constructed for the concrete canoe races in Magdeburg (D), which were to be held at the end of June. The new canoes were build with more mesh and more concrete than the canoes constructed for Eindhoven. It seemed that the BetonBrouwers had reached the limits of reducing the weight of their canoes.

The race started on Saturday the 25th. Luckily the BetonBrouwer crew and the canoes arrived in Magdeburg safe, so nothing could withstand a wonderful race. This year, Frank and Sevrien had to defend their title. Besides that, Peter and Casper as well as Cindy and Leonie were two teams the rest of the competitors had to be beware of. The training the three Dutch couples followed the previous months, turned out to be working well. Without any troubles, both the two men and women couples reached the finals! This meant that Frank and Sevrien had to paddle against Peter and Casper, as well as two German teams. Cindy and Leonie started as favorites in the finales, and they turned out to be real champions. With a smashing races they overruled the other teams completely and won the final with a superior lead. It was the first time, the BetonBrouwers’ ladies won the German competition. 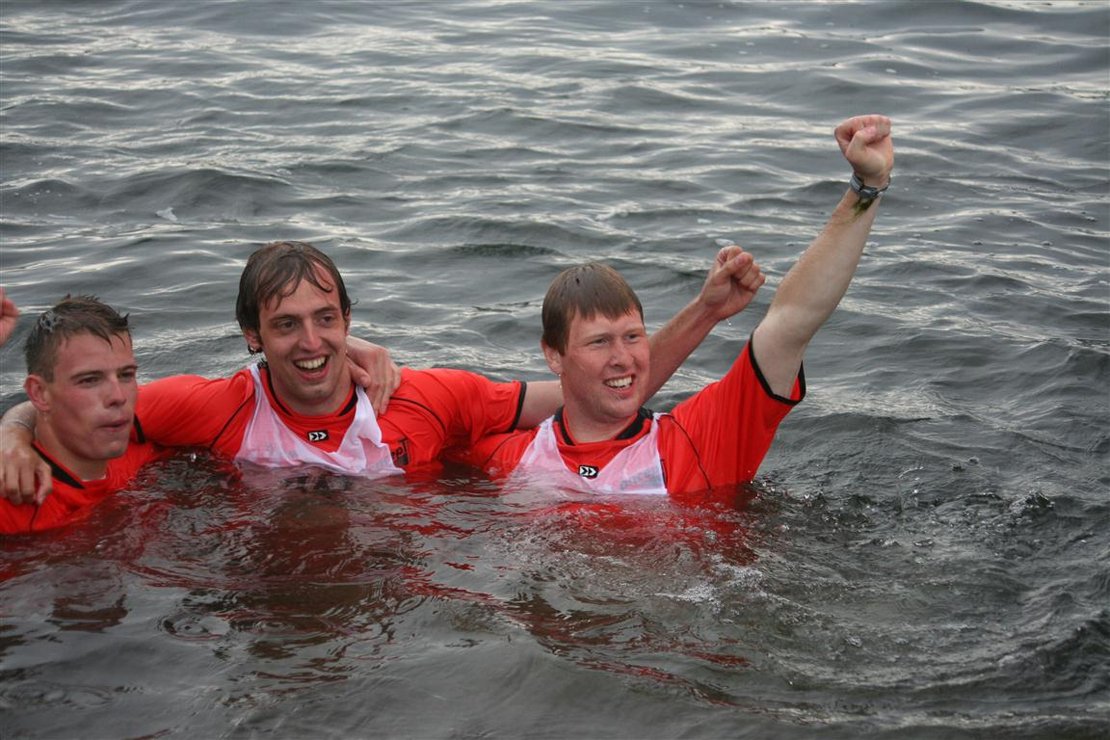 A few minutes later, the men final with our two couples started. The German team from Chemnitz had a lighting start, with Frank and Sevrien and Peter and Casper following towards the turning buoy. Though the team from Chemnitz wasn’t able to turn well: the Dutchies used their superior turning techniques and were able to pass Chemnitz. Frank and Sevrien headed out towards their second first price in the German competition, Peter and Casper were eventually passed again by the Germans and finished third. A very good result! The BetonBrouwers took the double in Magdeburg!