In August 2006 Study Association ConcepT gained responsibility for organizing the 30th concrete canoe challenge of the Netherlands, to be held in our hometown Enschede. To show the world of concrete canoeing that the best Dutch concrete canoes come from Twente, four diehard Civil Engineers in spe stood up in March 2007 and managed to form the new building department ‘BetonBrouwers’ (‘Concrete brewers’). A lot of work had to be done between the first day they met each other and the day of the race, which was held in September 2007. The old canoe mould, at that time used for about six or seven years, had to be replaced by a new one.

Using the bow of an old canoe as a new mould, new concrete canoes could be made. While ‘pimping’ the mould and welding a steel frame on which the canoe building process would take place, a concrete mixture was developed. Called CT-BB-07, the new mixture was focused on light weight and flexibility. After some weeks of testing, the optimal composition of the concrete was found, and the canoe building process could take off. 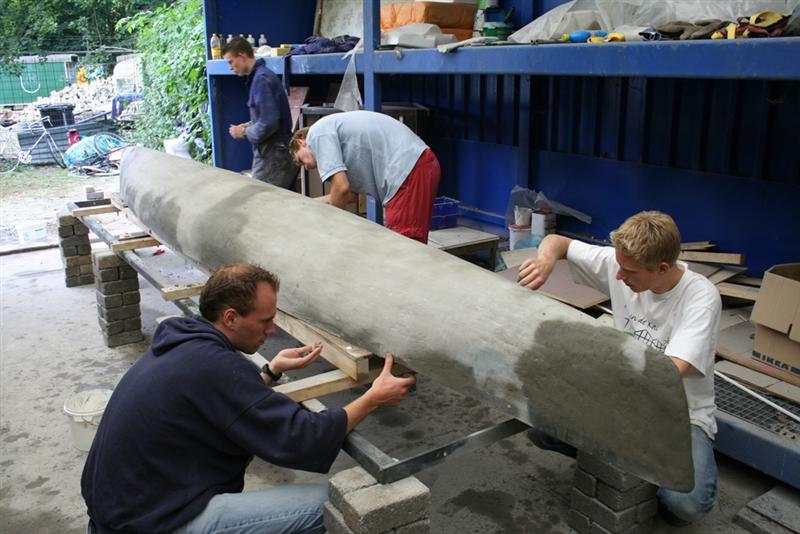 The building process began during the summer holidays and with the help of friends and fellow students, three magnificent canoes were created. The canoes were constructed using prestressed concrete, composed of special steel cord from drawn steel wire manufacturer Bekaert and 25 kg weights from the Dutch Army. Like a phoenix rising from the ashes, the concrete canoes from Twente were a threat to every team, again. Called ‘Voortvarend’ (’Vigorously’), ‘Kansloos’ (‘Chanceless’) and ‘Boten Anna’, the boats were painted in an impressing orange/ blue, orange/ green and grey/ red colour scheme.

Although isn’t wasn’t possible to test the canoes properly before the race, during the eve of the race the spirits were high and the motivation was immense. Student Canoe Association Euros in Enschede made it possible to prepare our canoeists as best as possible for the race. During the summer months the Twente Canal was the domain of the BetonBrouwers and a lot of training kilometres were canoed across the water. Our muscles and minds were ready to take it up to all enemies, both foreign and domestic. 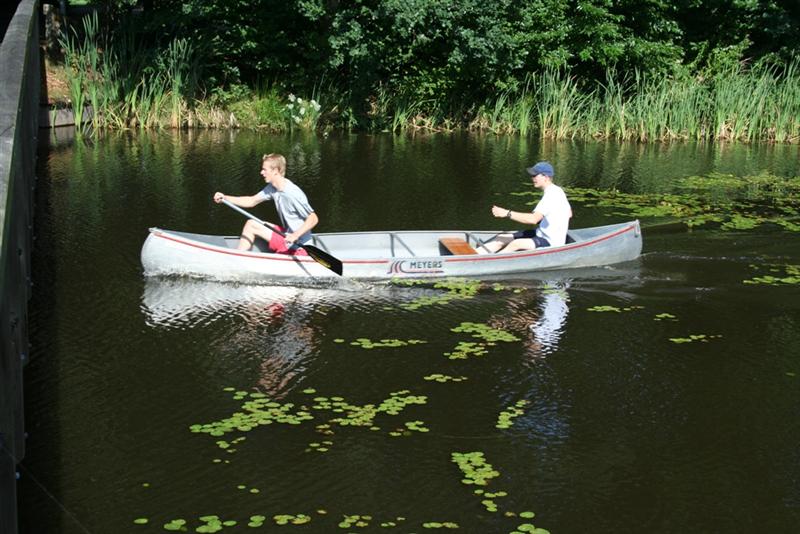 Because of the 30th anniversary of the Dutch concrete canoe challenge, the winner of the American Concrete Canoe Challenge was invited to take part in the Dutch race. Besides the ‘Yanks’, some German teams, a few lost Belgians and of course Dutch teams would participate. Because it was a home match to us, we had to show the spectators and the other teams that not only our canoes were made of concrete, but ourselves as well. On the foggy morning of September the 8th, hell was unleashed. 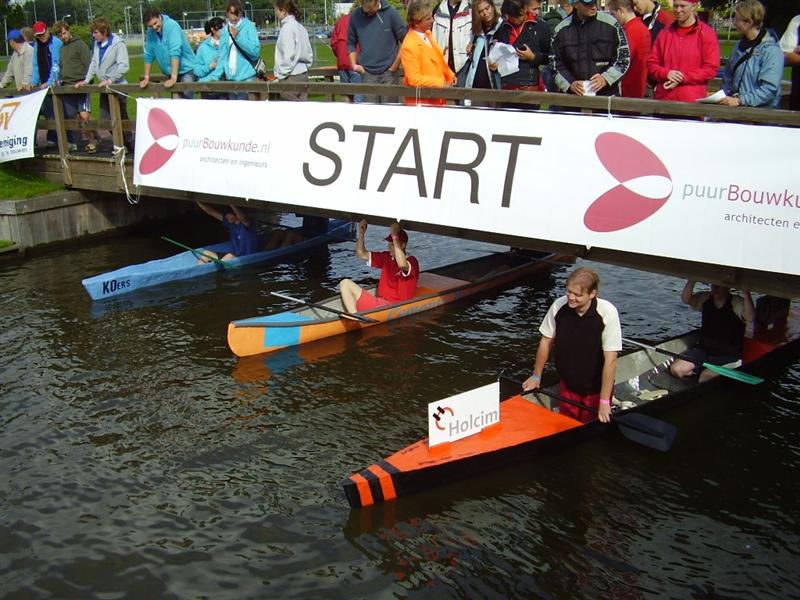 The first part of the day was assigned to the 200 meter sprint games. Although two of our canoes didn’t make it to round 3 of the Sprint, our well trained canoeists Frank Aarns and Sevrien Ferrée showed everyone that they couldn’t mess with our team. In direct battles, canoe ‘Voortvarend’ managed to beat seven canoes on the sprint. It was inevitable that the grand final would be between the BetonBrouwers and the Americans from the University of Wisconsin. The final was called David against Goliath: the winners of the American competition against the rookies from Twente. We countered with everything we had, but at the end the Yanks won the race with a minimum time distance of two seconds. During the 400 meter curvy trail, the men final was again the domain of the Americans and the Dutch heroes from Twente. This time the University of Wisconsin was a competitor of another class and the Yankees won again. 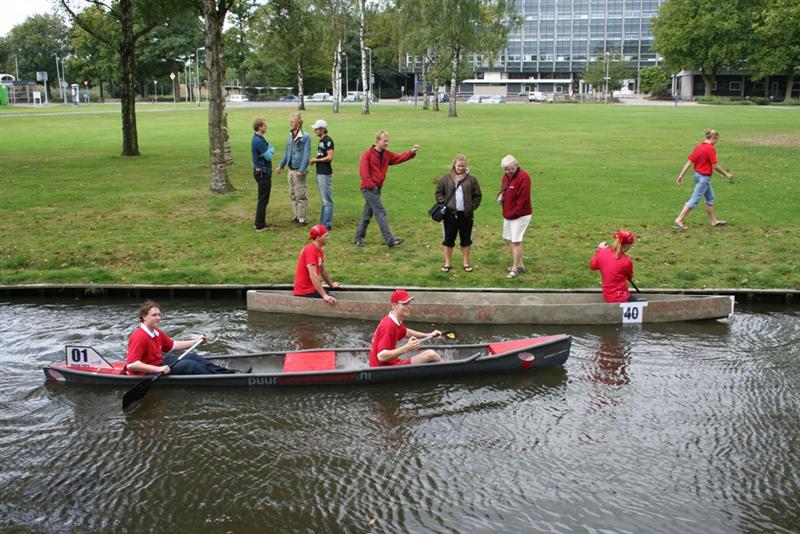 The story of success of the two second place prices were widely spread during the weeks that lied after. The BetonBrouwers were determined to put everything up for the next edition of the concrete canoe challenge, which was to be held in May 2008 in Delft. The story continuous…