After becoming professor emeritus of philosophy, Professor Hans Achterhuis, who taught at University of Twente from 1990 to 2007, was honoured as the first-ever Denker des Vaderlands (Philosopher Laureate). The NRC described Achterhuis as one of ‘the 12 greatest philosophers in the Netherlands, thinkers who change the way we see the world’.

Herman Johan (Hans) Achterhuis (1942) is a Dutch philosopher who specializes in social and technological philosophy. As a public intellectual he has regularly involved himself in debates in society, writing about issues such as development aid, social work, scarcity and technology. From 1990 until becoming professor emeritus in 2007, he held the chair of Philosophy at the University of Twente.

Achterhuis laid the foundations for the philosophy of technology at the university: between 1990 and 2007 his work offered many new insights and he shone a light on subjects that had never been discussed in such detail at the university of technology. Under his leadership the entire group began to focus on the philosophy of technology, in all its forms: ethics and technology, science and technology, politics and technology, and more. ‘High Tech, Human Touch’, even back then! Hans Achterhuis’s worldview formed a key part of his leadership style as chair. Social equality, something that was important to him, came up when his colleague Peter-Paul Verbeek announced he was going to be a father. Verbeek remembers: ‘Hans was astonished when I said I wanted to keep working full time. Why wasn’t I going to take one day a week off to spend time at home?’

Achterhuis gained his greatest fame through his books De markt van welzijn en geluk (The market of well-being and happiness, 1979) and Het rijk van de schaarste (Empire of scarcity, 1988). He won the 2003 Pierre Bayle Prize for cultural criticism, and in both 2009 and 2011 he was the winner of the Socrates Challenge Cup for, respectively, Met alle geweld (With all possible violence, 2008) and De utopie van de vrije markt (The utopia of the free market, 2010). The books Achterhuis published after he became professor emeritus mainly centered around technological utopias – futuristic ideas of a better world in which technology would play a central role – and the morals of technology, or rather the feasibility of building morals into technology.

Achterhuis emphasized social philosophy in his work, focusing on issues such as international aid and technology. To gain greater understanding and experience of current issues, he subjected concepts such as labour, technology and violence to philosophical study. The book Met alle geweld is a fine example of this approach. Its principal focus is on understanding violence in a philosophical context, through historiography, current events and literary imagery in novels. This results in a comprehensive analysis that leads to the conclusion that we simply have to learn to live with violence.

De markt van welzijn en geluk, in which Achterhuis proposes that the huge growth in the welfare sector is not exclusively a sign of progress, was one of his most successful books. Het rijk van de schaarste can be read as a critique of the pursuit of progress; Achterhuis critiques this pursuit using the development of the philosophy of scarcity: to him, the phenomenon of scarcity is relative. Shortly after this book appeared Achterhuis was appointed professor of Philosophy, and extracts from this particular work of his formed the basis for a lot of debates in the lecture halls. 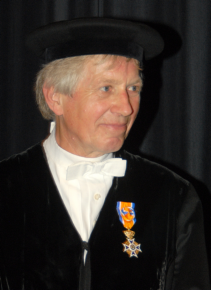