Before Gerrit Blaauw began lecturing in Digital Technologies at Technische Hogeschool Twente (‘Twente Technical College’), he was involved in some amazing projects. He was part of the team that worked on both the first computer in the Netherlands and the development of the IBM System/360 mainframe computer: he was a true computer pioneer.

Gerrit Blaauw (1924–2018) studied Electrical Engineering at Harvard University, where he gained his PhD in 1952 in computer design. He went on to work at the Mathematical Centre in Amsterdam until 1955. Under the supervision of Aad van Wijngaarden he collaborated on the design of the ARRA ll, one of the first computers in the Netherlands, which was used to make calculations for the design of the Oosterscheldekering storm barrier. Aircraft manufacturer Fokker used the Ferta machine that was derived from the ARRA II.

After leaving the Mathematical Centre Blaauw moved to IBM, where he stayed until 1965, developing the IBM System/360 mainframe computer. More than 2,000 programmers worked on the software for this challenging project! The S/360 was an extraordinary computer. In fact, partly thanks to Blaauw’s design, it was one of the first computers to use ‘timesharing’: the computer appeared to carry out multiple tasks for different users at the same time. So it’s no surprise that the S/360 was very popular as soon as it came out; so popular in fact that they had serious problems meeting demand. Their buyers included American space exploration organization NASA.

As a global leader in his subject area, in 1965 Blaauw went to work as a lecturer in Digital Technologies at Technische Hogeschool Twente which had only just opened a year earlier. He was really in his element with the other pioneers at Technische Hogeschool Twente, who built up the institution over the years into one of the best universities in the world. Blaauw was involved in setting up the Netherlands’ first Computer Science faculty, as well as founding the brand-new progressive disciplines Architecture and Software. At the end of a 25-year career on our campus, in 1989 Blaauw said farewell to the University of Twente.

Gerrit Blaauw died in early 2018 at the age of 93. The passing of this computer pioneer attracted significant attention, both in the Netherlands and around the world. 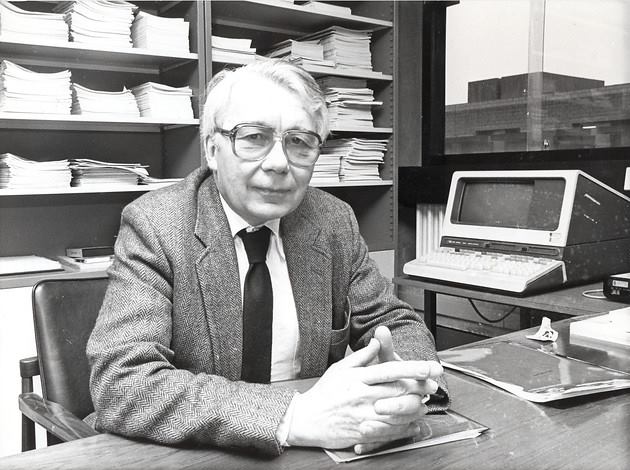