Living away from home for the first time is an important part of student life, and of growing up. Far from the shelter of their parents’ nest, the chicks suddenly have to fend for themselves, including doing their own household tasks: buying groceries, cooking, doing the laundry and (when it gets really bad) even cleaning. But that was not the case for the first students at Twente Technical College: they were taken under the wing of campus landlady ‘Ma’ Elsenburg.

In the early days, students were still required to live on campus, so leaving the family home wasn’t much to write home about (as it were). There was a furnished room waiting for them when they got to the campus, and they were well taken care of by campus landlady Mrs G. Elsenburg, who soon acquired the affectionate nickname of ‘Ma’ Elsenburg. Thanks to her, students enjoyed clean rooms and a regular supply of fresh bed linen and towels.

Ma Elsenburg’s contract referred to her as the housekeeper, but to the students she meant a lot more than that – especially to the first-years, many of whom had only just turned 18 or were even younger. Ma Elsenburg herself compared her campus landlady role to being the ‘mother of a very big family’. Students would regularly come to her with their problems, and she was able to reassure not only the students but also their parents: their sons were in good hands. She was so popular among the students that Ma Elsenburg was made an honorary member of the College Cnødde student club.

Ma Elsenburg’s departure in 1977 marked the end of an era. No new landlady was appointed; from now on the students would have to do their own housework – a fact that many a student, grimly contemplating their fetid student house, mourns to this day. 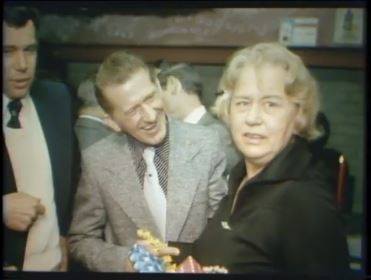