What makes Donald Trump’s rhetoric so powerful? How did he win over millions of voters and become the 45th president of the United States? Yesterday’s Studium Generale event shone a light on these topics.

A villain, a victim and a hero The event, which took place last night in the Vrijhof building at the UT, was co-organized by Tubantia and offered an original point of view on the presidential election. Besides realistic speeches by Trump and Clinton impersonators, the evening included a Tubantia reporter regularly informing the audience about the current situation in the US and a short and fun lecture by Professor Hans de Bruijn from TU Delft.  ‘Each frame has a victim, a hero and a villain. For your opponent, it is attractive to frame you as a villain,’ Hans de Bruijn started explaining so called ‘framing’, a rhetorical trick politicians use. ‘When you understand you are being framed as a villain, tell another story of the same reality in which you are the hero. Trump is very good at framing. In Trump’s rhetoric, American citizens are the victims. Of what? The Chinese, for example, for manipulating currency. The Chinese are therefore the villains and Trump is the hero. That is a very powerful frame.’ 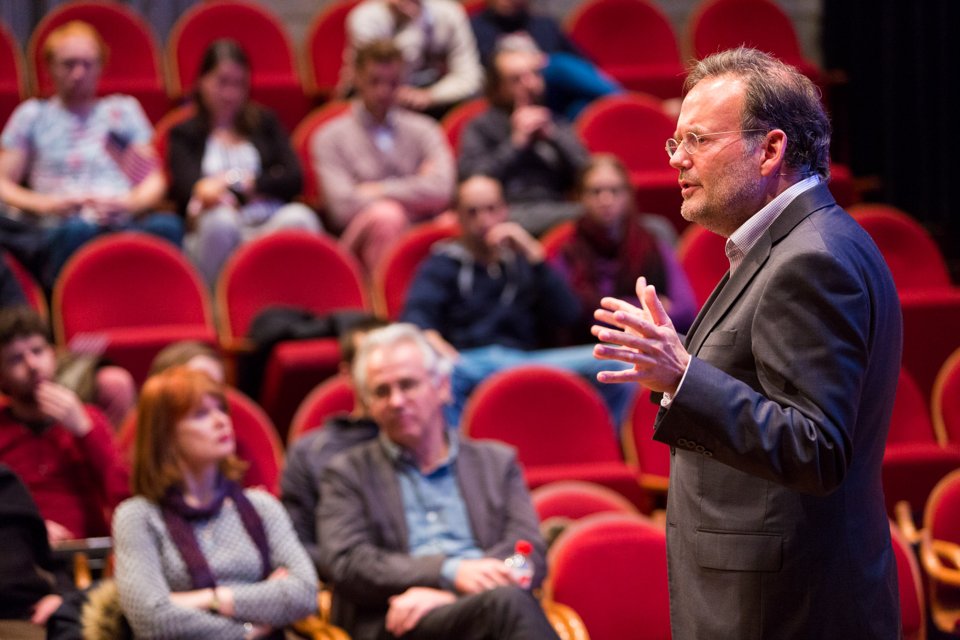 How does Trump do it? The second model of framing includes policy, meaning facts and figures, principles – underlying values based on which the speaker tries to create a relationship with the audience – and personal engagement. ‘Trump’s policy is not very strong, and so he likes to appeal to people on a personal level, saying things like ‘I know all the guys on Wall Street.’ Policy is usually rather dull and complex, and so personalizing is very powerful,’ continued Prof. De Bruijn. ‘Trump’s policy might be in favor of Muslim ban, but on a personal level he relates to Muslims by saying ‘I love Muslims. Very spiritual people. Many work for me and they love me.’According to Prof. De Bruijn, Trump is also very skilled in using so called meta-framing. That refers to not entering the setup frame, not answering the question but rather making a remark about the question itself. For instance, if Trumps states something bad about women and somebody asks him ‘Can a future president say things like that?’, he answers ‘I don’t have time for political correctness’, thus avoiding the frame, in which he would look like a villain. Clinton’s campaign defined by Trump How about the other presidential candidate, Hillary Clinton? ‘Clinton is strong from the policy perspective, but her message is complex,’ explained De Bruijn. ‘Clinton’s campaign was largely defined by reacting to Trump. She aimed to define him as a hypocrite by reframing his statements and drawing attention to his personal behavior. If he says ‘We have to make America great again’, Clinton reframes it as Trump not understanding American values, because America already is great.’ 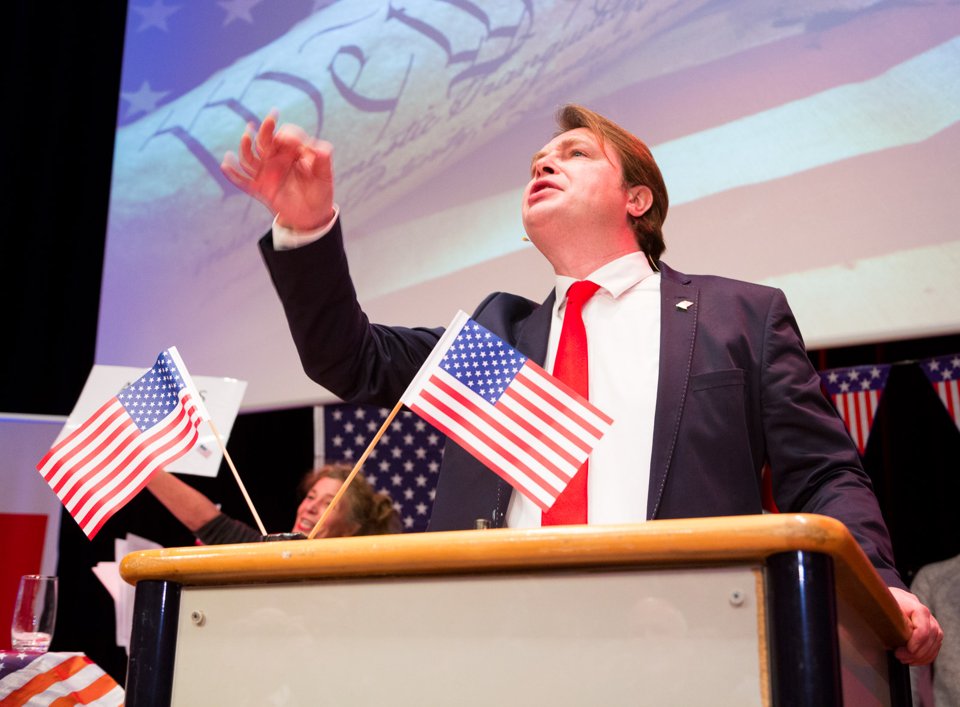 ‘Twente always wins’Afterwards, the aforementioned actors presented typical speeches of Trump and Clinton, written by Hans de Bruijn. ‘I’m happy to be here in Twente. Twente always wins. You are winners. Groningen – losers. Wageningen – losers. You are winners,’ said Vincent Linthorst as Donald J. Trump, while actress Jet Pagnier, portraying Hillary Clinton, began on a different note: ‘I believe in cooperation, not conflict. I believe in unity. Thank you for this university that you have built together.’ 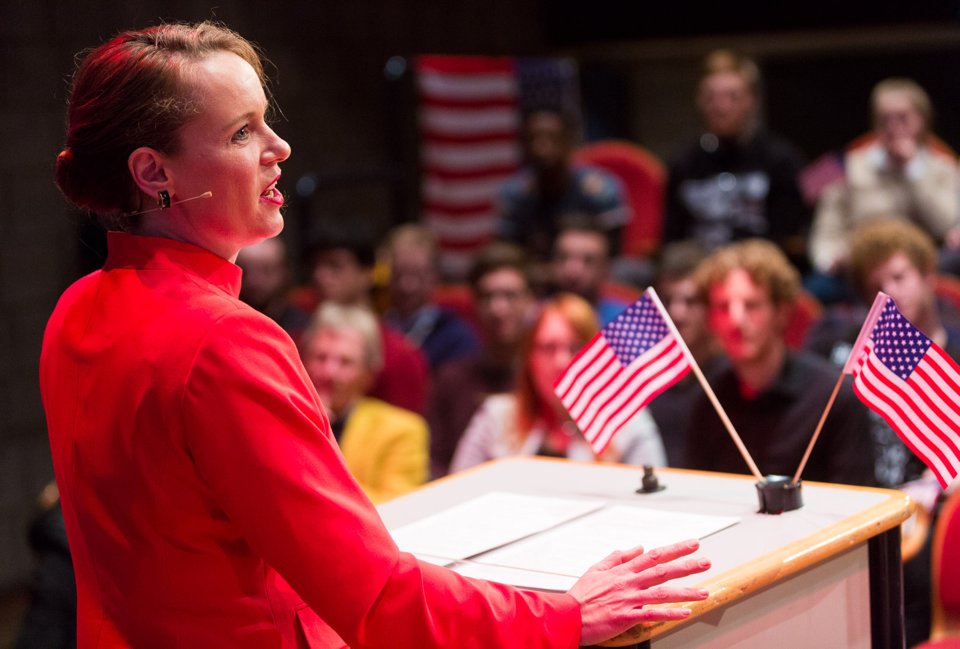