Do you have an exam coming up? Are you participating in the Batavierenrace and feel pressure to run as fast as you can? Sports psychologist Rico Schuijers gave a guest lecture yesterday as part of the Studium Generale program on how you can best deal with this kind of stress. 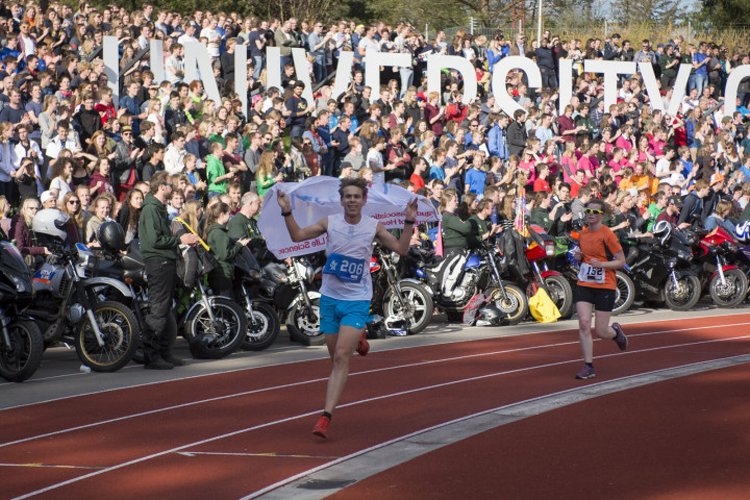 Schuijers is specialized in mentoring people with high-stress jobs, from Olympic athletes to air-traffic controllers The core of Schuijers’ lecture was composed of the six circles of attention [by Eberspächer – red.]. The first level is ‘you and your task’. At the second level, you get distracted by an external action or event. This goes up until the fifth level, where you start thinking about the consequences of winning and losing; and finally the sixth level, where you end up in an existential crisis and wonder what the heck you are doing here.

Now, when you are running during the Batavierenrace, and you find yourself in level six, do not despair. It is possible to return to level one. Schuijers recommends to focus on each step that you take. If you are a competitive person, you can also run ‘from butt to butt’, which means you basically stay at the second level all the time. Other tips can be found in the list below.

Five tips (in no particular order)

So, whether you are nervous for the Batavierenrace or for an exam, know that there is something you can do about it. Through self-awareness, language, music, and adjusting your goals, you can ensure that you peak at the right moment. Which, for some, might be at the afterparty of the Batavierenrace, but that’s entirely up to you.