Most of the light around us is the result of a process called spontaneous emission. Controlling the spontaneous emission of light by a microscopic emitter is a topic of intense interest in Nanophotonics, because it can be used in many applications, from sending a message from one mobile phone to another, to visualizing a cell with a microscope. Since the research area has many different perspectives, a team of scientists from the University of Exeter and the University of Twente have compiled a tutorial that serves as an explanation for non-specialists, and students entering the field. Two surprising discoveries emerged during the work by this team. The paper appears in the leading European magazine Journal of Optics. 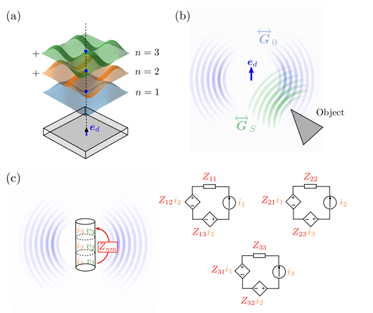 Figure 1: The emission of light view from different perspectives: (a) from quantum optics, (b) from a scattering viewpoint, (c) from an electrical circuit viewpoint.

Depending on a scientist’s background, both the light and the emitter are viewed differently. The examples in figure 1 are the three views found most often in the scientific literature. William Barnes enthuses: "Our paper is a kind of a Wikipedia for research into spontaneous emission, and serves as a kind of Google translate between different research fields".

Classical versus quantum descriptions of emission

From the outset, the equations that govern both radio antennas and microscopic emitters are the same, which is another remarkable discovery given their large difference in sizes. A simple representation of an antenna and an atom (figure 2) shows that the two forms of emission have much in common. "During the writing of the article, we also gained a deeper understanding of the correspondence", says Vos. “We came to realize that a quantum emitter radiates light twice as fast as a similar classical emitter.” The team realized that this feature is deeply hidden in old textbooks. Horsley explains: “Basically, a classical emitter is only put in gear by the so-called radiation reaction, whereas a quantum emitter also experiences so-called vacuum forcing that is truly a quantum-mechanical phenomenon.”

Figure 2: A comparison of classical emission and quantum emission. 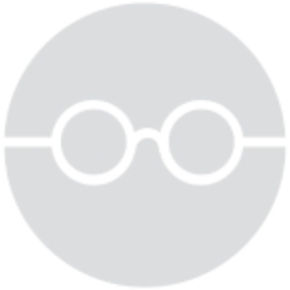