A paper by Xiaowei Song et al, co-authored by 5 EMS-members, has received a recognition of excellence in the field of electric machines and drives by the Editorial Board of the IEEE Transactions on Energy Conversion. The paper details the design and basic experimental validation of the world’s first MW-class direct-drive superconducting wind turbine generator.

Fig. 1: (left) The 3.6 MW EcoSwing HTS generator (blue, 4 m diameter) next to its conventional counterpart with the same power rating (red, 5.4 m diameter), prior to (right) its lift onto the turbine.

Within the consortium, EMS was responsible for the testing and validation of materials and components (e.g. the high-temperature superconducting coils), as well as for the assembly of the cryogenic rotor (Figure 2). 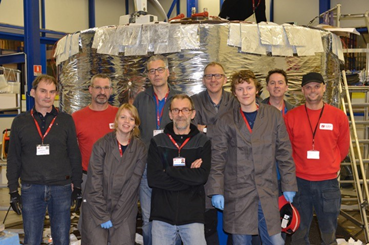 Fig. 2: Assembly of the cryogenic rotor by a mixed team of EMS and Jeumont Electric SAS.

The aim of the European EcoSwing consortium was to demonstrate a TRL of 6-7 for high temperature superconducting (HTS) technology operating in a wind convertor. A power-dense full-scale synchronous HTS generator was successfully designed, built and field-tested in a 3.6 MW turbine. The generator has a rotor with 40 HTS coils of over 1 m long. GM cold-heads are installed on-board the rotor and connected with the stationary compressors through a rotating link. This cryogenic system outperforms expectations, enabling stable coil temperatures of ~20 K. After ground-based testing at IWES Hamburg, the generator was installed on an existing turbine in Thyboron, DK. It reached the target range +3 MW, was grid-connected producing power for more than 650 h (including extended periods of unattended operation) and demonstrated more than 7 months of stable and reliable cryogenic system operation.