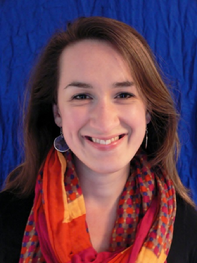 Nienke Bosschaart has started as a Veni laureate at BMPI. Her Veni project is titled: Blood analysis without pain in neonates. In this project, a noninvasive alternative will be developed for invasive blood sampling in preterm babies. Nienke will employ the technique low-coherence spectroscopy (LCS): a new spectroscopic modality that she developed during her PhD.

Nienke received her BSc and MSc degree in Biomedical Engineering at the University of Twente. She received her PhD at the department of Biomedical Engineering and Physics of the AMC in Amsterdam. There, she continued as a postdoc on various biomedical photonic projects: further development of LCS, near-infrared spectroscopy for the quantification of dehydration, and adaptive optics optical coherence tomography. For her work on LCS, she received several scientific awards from both clinical and technical organizations. Foremost are the prestigious Simon Stevin Gezel award from STW in 2013, and the PhD Thesis Award from the Dutch Association for Biophysics and Biomedical Engineering in 2013.

For information about student projects, feel free to send an email to n.bosschaart@utwente.nl.