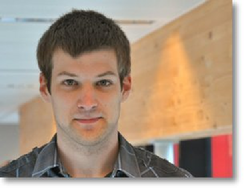 Stefan performs his graduation assignment at the department of cardiovascular surgery of the Medisch Spectrum. His project is divided in two parts, one being partly performed at the University Medical Center in Groningen (UMCG) and one being partly performed at BMPI. Both projects involve the use of the radial artery for cardiac bypass surgery. Stefan presented his measurements on resected radial arteries in an oral presentation and got very positive jury critics. After the oral presentation, Stefan presented his BMPI work on a poster. In this part of the project, BMPI’s LASCA (Laser Speckle Contrast Analysis) system is used to investigate if the vascular anatomy of the hand is such that the radial artery can be resected for use as cardiac bypass.

The jury was very positive about Stefan’s poster presentation and awarded him a second prize. This gave Stefan the opportunity to present his work a second time on the national Santeon Science conference http://www.santeon.nl/nieuws-en-media/86-santeon-wetenschapsdag-2012-de-impact-van-onderzoek on the 28th of September.

Stefan plans to defend his MSc thesis at the end of 2012.

For more information about the use of the LASCA system for medical applications, contact Prof. Wiendelt Steenbergen W.Steenbergen@utwente.nl