ATLAS-director Rita Kizito has just arrived in The Netherlands – and she didn’t travel here empty-handed. Having worked at various African universities, Rita brings in knowledge and wisdom from different communities. She joins the UT with an ambition to help strengthening its networks, and starts right away by getting to know David Fernandez Rivas. Doing research on needle-free vaccination, David, too, wants to work for the benefit of humanity. ‘You might think your options are limited, but there’s always something you can do.’

Dance to the rhythm of life

For David Fernandez Rivas, work and personal life are two sides of the same coin. Among other things, the Cuban nuclear engineer is a father, businessman, scientist, teacher, feminist, and musician – and all those roles intertwine and influence each other. Being the programme director of ATLAS, his interviewer Rita Kizito is a fond advocate of adapting an interdisciplinary approach. But how does David manage, she wonders? And since he’s lived in Twente for over ten years, does David indeed feel he’s assimilated into Dutch culture? ‘I may not be blonde and tall, but I’ve never felt an outsider.’

Rita: ‘Hi David, nice to meet you. I've only been three months at the UT, so it’s great to meet new people this way. But anyway, today is about you! What exactly are you working on, and what do you like most about your job?’

David: ‘I’m a nuclear engineer, although I have not been doing anything radioactive for years. What I like most, is the fact that I’m solving problems that are relevant for society. The most appealing thing I’m working on right now is needle-free injection technologies; those are relevant for vaccinations and other medical procedures. Another research project I’m leading has to do with the generation of hydrogen – as a green alternative to fuel. Additionally, I founded a spinoff company that innovates in ultrasonic cleaning, for example to remove contaminants in water or 3D printed objects. I have to say, that’s the least attractive thing to pitch. Cleaning is a dirty business, ha-ha!’

Rita: ‘Spinoff company? That’s very interesting. I like the fact that you also run a business. Most academics fail there – to become entrepreneurs as well as academics. My ATLAS students would really benefit from working with you...’

David: ‘Sure! I’m available. As for the ‘failing’; I think the failure is in not trying. Some people think being an entrepreneur is about earning money. To me, it’s about finding new ways to solve a problem. I grew up in Cuba, in a period when starting a company was not encouraged. But we were still entrepreneurial: we were creative. Due to scarcity of resources, people improvise and solve problems in a way they wouldn’t otherwise have to. I tell my students: you might come from a poor background, thinking you are very limited, that you have no options. But there’s always something you can do. Maybe you won’t become Elon Musk or Bill Gates. But in your own circle of influence, you can change something of importance to others.’

Rita: ‘I understand you’re from Cuba. How did you end up in The Netherlands?'

David: ‘In 2007 I came to Twente for my PhD. My original plan was to go back to Cuba due to personal circumstances, but in the end, life worked out differently. In 2014 I got my Dutch passport, started my own family here and got promoted to associate professor at the UT.’

Rita: ‘I’m intrigued! In your career, what is the driving factor in the choices you’ve made?’

David: ‘The most important thing to me is who I’m collaborating with. The team of scientists I’m surrounded by, has been more decisive in my career than the actual research topic. For example, in 2017 I was offered a position at MIT – a big and exciting opportunity! But I had already built a home base here in Twente. A group of people I’ve collaborated with over the years – a ‘family’, I’d even say.

‘Furthermore, if I decide to work on something, it should be for the benefit of humanity. Being a nuclear engineer, I could also work for the weapons industry. People sometimes even ask: hey, are you creating the Cuban nuclear missile? No! Out of principle, I would never work on anything that could destroy stuff.’

David: ‘I don’t see a clear distinction between work and personal life, because I believe in multifaceted development. In my PhD years, I started two music bands; if I would only be busy publishing papers, I’d become a one-dimensional person. I believe in absorbing and getting inspiration from many sources – I even read with great interest my daughter’s Facebook feed, to see what the new generation’s up to.' 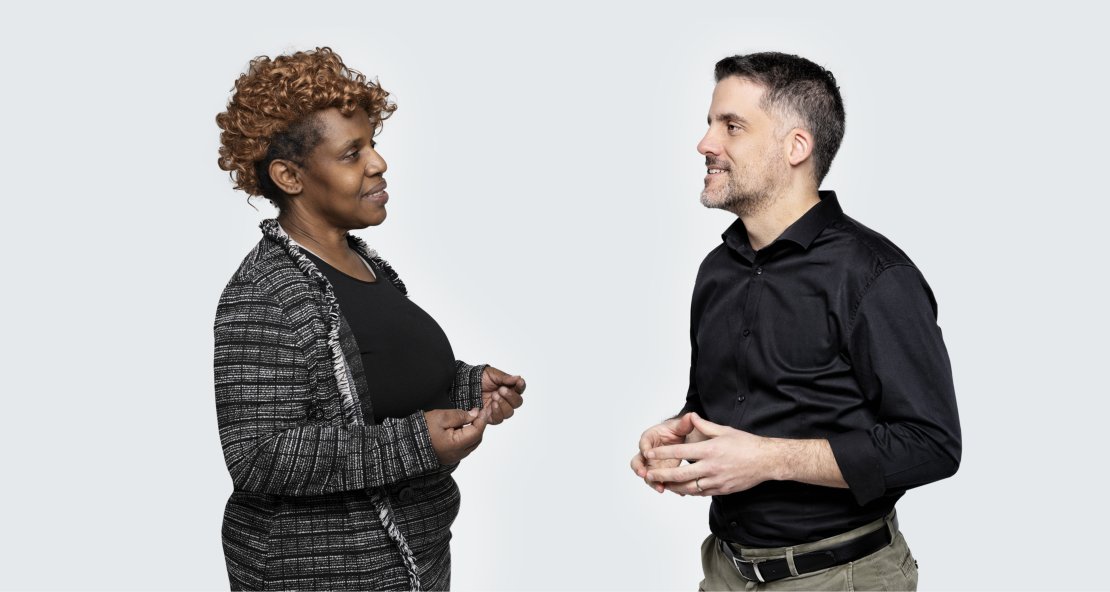 Rita: ‘It think you have achieved a lot living that way. How do you feel about contributing to the UT as a sustainable, inclusive university?’

David: ‘I’m a very strong defendant of the importance of female presence in academia. When I was a student in Cuba, both of my theses supervisors were women. When I came here, I realized Europe does have a problem on this matter. So, I joined the female faculty network, to help a little bit from a male’s perspective.’

Rita: ‘You paint a very positive picture of the UT and the Netherlands. Is there room for improvement somewhere?’

David: ‘Dutch people are not always aware of their privileged position. Neither are internationals, by the way. But often a few years after they leave, they become nostalgic and say: ‘it was sóóó nice in Twente!’ So, something that could change is that we, outsiders and insiders, learn to appreciate all the good things we have here. While, at the same time, we keep putting a finger on things that are not working well – like inclusion and the male-female ratio in professorship positions.’

Rita: ‘After having lived in The Netherlands for over ten years, have you completely assimilated to Dutch culture?’

David: ‘I like that you ask this! It’s something I’ve been discussing a lot with my international colleagues. Even though I’m not blond or tall, I’ve never felt an outsider. I think as Latin Americans, we can integrate into the European cultures. For me personally, coming here and riding a bike was easy, too. You see, in the nineties Cuba had no fuel after the Soviet collapse – so everybody had to use a bike to get around in the tropical heat.

‘But in general, what defines my merging into Dutch society is the possibility to work independently with my own style. Early in my career, someone told me: you don’t need to change. Instead of trying to adapt to a system, you can contribute a part of yourself to it. Therefore, I use humor in my slides, sometimes I even add music. And I search for things we have in common. For example, many Cubans love to dance and party. Maybe not all Dutch people like it. But with the right music and the right level of drinks, many of them enjoy dancing too.’

is the programme director of ATLAS, the University College of Twente. She grew up in Uganda and worked in South Africa for almost 40 years, at various educational institutions – among which the University of the Witwatersrand and the Nelson Mandela University. Her specialties are curriculum design, learning activity design and technology-enhanced learning.

was born in Havana, Cuba, where he studied Nuclear Engineering. After collaborating in several international projects, he started his PhD in Twente in 2007. During his postdoc projects, he started a spin-off company, before he got tenure track at the Faculty of Science and Technology. Currently, he leads a multidisciplinary team working on challenging topics from novel microfluidics for green chemistry to bioengineering solutions, such as needle-free injections.