Wrapping an organic cucumber in plastic may not seem to make sense, yet it is sustainable. Professor of Product-Market Relations Jörg Henseler talked about it before in this series. He shares his love for explaining why seemingly illogical choices are actually smart with Eric van Berkum, professor Traffic Management. ‘Making these choices transparent is my mission.’

Traffic is politics too

A bit odd perhaps, says Professor of Traffic Engineering, Eric van Berkum, but at secondary school he loved doing a maths exam. So, traffic engineering is right up his street because organising transport is essentially applied mathematics. However, as he tells Professor of Product Market Relations Jörg Henseler, it also involves a lot of politics. A conversation about how traffic can make the world more sustainable, safer and more inclusive.

Eric: ‘What we share, Jörg: our discipline is technical, but with a key role for humans. You don’t often see that in technical disciplines. An example: in traffic engineering, we can objectively decide on the best waiting time for each direction at a crossroads with traffic lights, in terms of sustainability. But in practice, that time can’t be too long because people will just drive through the red light.’

Jörg: Yes, I recognise that, that interaction between humans and engineering. In my field, too, the design is always a response to the user’s reaction.’

Eric: ‘And the Dutch always ask the ‘why’ question – why do I need to wait here, why is he allowed to go before me? Which is another thing you need to consider.’

Jörg: ‘So, by studying traffic engineering, international students learn even more about the Netherlands?’

Eric: ‘You could say that. We are also doing research into: what is an acceptable waiting time? We’ve found that people sometimes don’t even realise that a different route takes them a bit longer. Which is interesting, because it gives you a margin within which you can make modifications without people responding differently.’

Jörg: ‘What can you achieve within that margin?’

Eric: ‘As an engineer you want to know: to what extent can I change people’s behaviour for the sake of the whole? Most people like to take the fastest route, but that may not be the shortest total travel time. And there is always a trade-off between safety, speed and sustainability. In maths, we call that multi-objective optimisation. A speed limit of 130 km/hour was not good for the environment or safety. But it might benefit individual travel time – and then there was something with voters...’

Jörg: ‘There is no ideal solution that covers everything. Is that a reassuring idea or on the contrary?’

Eric: ‘I mainly hope to show how something can contribute to the higher goal. Traffic is very political. Something we are discussing now is “talking traffic”, the idea that every road user can communicate via ICT with traffic lights. You can then identify which groups to give priority to, for example by adapting the traffic lights to them. I am now working on a project to give electric vehicles priority. In the long term, that would encourage more people to drive an electric car, which is good for the air quality. But in the short term, you might better give priority to an old diesel – if engine does not need to brake and accelerate, that greatly helps reduce emissions. That’s sometimes hard to explain.’

Jörg: ‘That reminds me of my conversation with Farien, about why organic cucumbers are wrapped in plastic and non-organic aren’t. It doesn’t feel logical. But with the organic cucumber, protection is even more important because it takes more effort to produce.’

Eric: ‘Yes, it does sound illogical. The same sometimes applies to increasing the speed limit. Think about roads where cycle tracks are physically separated from the road. Sometimes it’s safer to increase the speed for some roads from 50 to 70. Drivers are more likely to choose that fast route than the less safe shortcut, where cyclists have less room. I enjoy explaining things like that – that’s my mission.’

Jörg: ‘What do you feel is a scientist’s role?’

Eric: ‘I see my role as explaining the consequences of each choice. Politicians can then take well-founded decisions. Sometimes, when the means becomes the goal, as a scientist you need to stand up and say: wait, things are getting confused here. That maximum speed limit is a good example – parties tend to forget that safety is the goal, not adjusting the maximum speed limit.’

Jörg: ‘How does your research fit in with the ambitions of the UT?’ 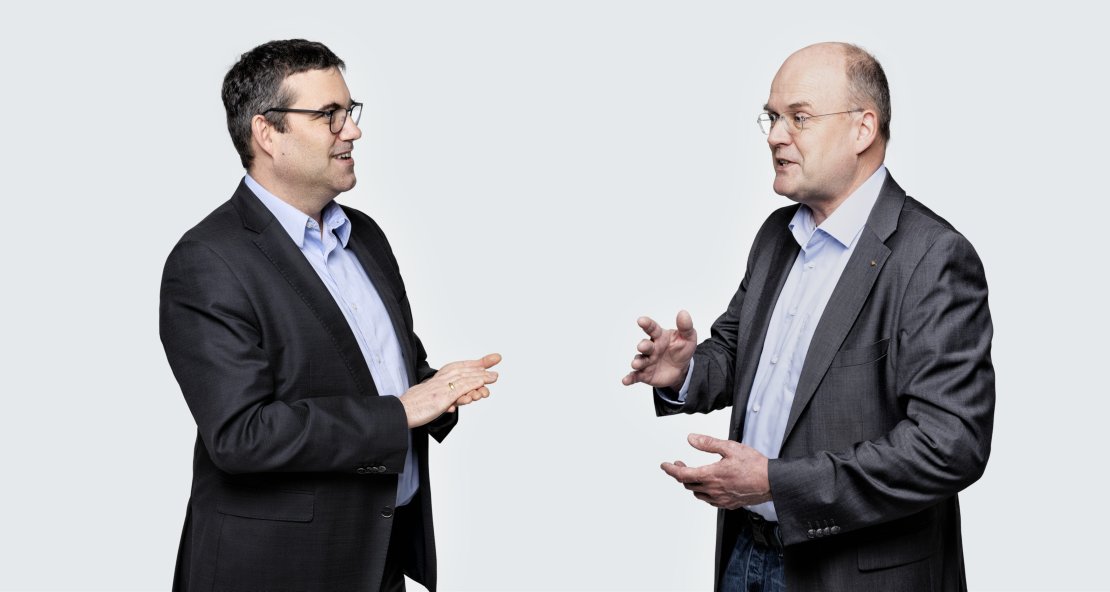 Eric: ‘Sustainability in traffic is an important subject. How do you ensure a good traffic flow so that emissions remain limited? Digitalisation is another big subject for us. Fifteen years ago, we still called our discipline “assumption rich, data poor”. Extremely complex models were created to predict traffic situations, often based on limited data. Now sensors cost next to nothing and they are used everywhere, so we are inundated with data. Which is exciting. It gives us the opportunity to intervene, taking sustainability goals into account, for example. And traffic is also about inclusion. Think of “transport poverty”, not being able to go where you would like to go. For example, some areas of the city are more difficult to access than others, there are hardly any buses. Residents of those areas on a low income often don’t own a car and are therefore stuck at home. That is also something to consider when designing a transport system.’

Jörg: ‘So, these are also ethical considerations. How do you prepare students to take such decisions?’

Eric: ‘Good question, in fact they aren’t properly prepared. We choose the engineer’s approach. Such things only play a role later in their studies. However, we do see it in how you quantify obstruction in traffic projects, for example. You can look at the inconvenience for commuter traffic, but also for retailers if they are less easily accessible. Or think about the inconvenience for the people working on the project. You don’t want to have them all working at night. But when you put it like that – that is something we can improve.’

Jörg: ‘So, focus on society is really key in your field.’

Eric: ‘Yes, and it fits the approach of the UT particularly well. We were really founded as a technical university with an eye for the social character of technology – way more than other technical universities. We also do a lot of multidisciplinary research. That sometimes makes it harder to publish in scientific journals, which are often focused on one specific discipline. But that approach suits the UT. And choosing people first, a key role for people, is very much a part of traffic engineering.

has been Professor of Product-Market Relations since 2014 at the Engineering Technology faculty of the UT. As a researcher, he is also linked with the NOVA Information Management School in Lisbon, and endowed guest professor at the University of Seville.