In the Netherlands, if you receive a blue envelope in the post, it can only mean one thing: a letter from the Tax Authorities. Which is not always good news... In a previous interview, René Torenvlied explained how government algorithms can cause unintended dramas for members of the public. But digitalisation can also help people. Take urban development, for example, in which Karin Pfeffer does research at the interface of geo-information and technology. How does she approach this, René wonders? 'Looking beyond your own boundaries can produce something really interesting.'

Put two Twente professors together and they immediately start forging plans. During their video call, it only takes five minutes before René Torenvlied and Karin Pfeffer are discussing plans to work together. Not such a strange concept: as a professor of urban development, Karin knows how people can enhance each other. But how do you set priorities when everyone always knows where to find you? And how does a relative newcomer like Karin view the atmosphere on campus?

René: 'Hi Karin, do remember when I visited you last year?'

Karin: 'I was just about to mention that! We came up with idea of combining our fields of expertise in a new course for students.'

René: ‘Exactly. I would like to see study programmes in my faculty better reflecting the nature of the UT. That means looking beyond the narrow boundaries that we used to have. But such collaboration...sadly the arrival of COVID has made everything so difficult. I've finally got a document ready, which will be with you shortly.'

Karin: 'Don't worry. You've just reminded me that I need to respond to another proposal...'

René: 'What are we academics like?! Meeting colleagues always seems to remind us of something we need to do. Do you think we feel guilty?'

Karin: 'Well, I think the main issue is that we are incredibly committed. We want to do everything well, we don't want to disappoint colleagues and respond quickly so that the other person can get on with something. On the other hand: sometimes, you need to do nothing to be able to reflect. Because human beings are meant to be creative.'

René: 'You're right. When are you proud of your work?'

Karin: 'For example, when I complete an interesting project. And I'm very proud of Shaping 2030. I've been involved in developing the new vision from the start. I led the Sustainability workgroup, a predecessor of the current Shaping Expert Group on that theme. It was great fun working with such a multidisciplinary team, which included subject experts as well as people from facilities management.

'On the subject of that workgroup though, I must say something. It's so sad that our colleague Arjen Hoekstra is no longer with us. [Hoekstra died unexpectedly at the end of 2019, ed.] He played an important role in the workgroup and his death had a huge impact on us all.'

René: 'Yes, everyone on campus was terribly upset by the news. Dreadful.'

René: 'I'd be interested to hear your take on the coronavirus crisis. What effect do you think this pandemic will have on society, in terms of sustainability for example?'

Karin: 'I feel rather ambivalent about it. When the crisis began, we all changed our behaviour massively: no more travel, no flying, rediscovering our own environment. OK, I thought, perhaps this is the first step to a more sustainable society. But we soon fell back into our old ways. I also worry about slum-dwellers in developing countries. There's no handwashing for them. I'm afraid that we'll be experiencing the effects of this crisis for a long time to come.'

René: 'You clearly look further than the impact on the Netherlands or Europe. And talking about looking further: you also have a background at other universities. As a relative newcomer, how do you view the UT?'

Karin: 'Yes, I spent fourteen years working at the University of Amsterdam. And I did my PhD at Utrecht University. In Utrecht, I was the only foreigner and one of the few women. I often felt a bit different. There I was, among all those big men, lol! However, we were a tight-knit group. At lunch, there would be twenty of us at table.'

Lunch at your computer

René: 'That description brings back lots of memories to me as well. I spent some time in Utrecht too, from 1999. When were you there?'

Karin: 'From 1998 to 2002, and then I moved to Amsterdam. In Amsterdam, everyone had lunch in their rooms. Come on, I thought ­­– you're a social scientist but you're not social at all! At first, I found that quite hard, but I enjoyed myself there later.' 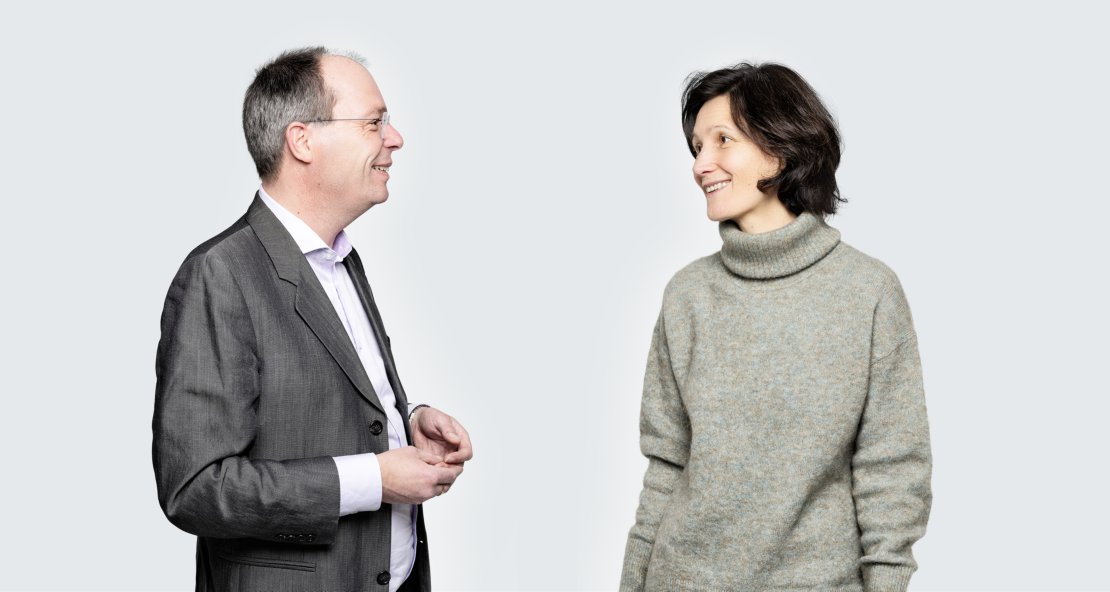 René: 'What a coincidence that we both worked in Utrecht! Do you need a team like that, a group of people who form a close academic community?'

René: 'But you stayed in Amsterdam for a long time...'

Karin: 'It was better when I moved to another department. I worked there until 2016 when I received a mail from the ITC, the faculty for Geo-information and Earth observation. They told me that they had a vacancy and they thought I fit the profile. Would I consider it?'

René: 'What attracted you to the ITC and the UT?'

Karin: 'In Amsterdam, I was one of the few people who knew anything about geo-information. At the ITC, there are hundreds of experts in my field. That advanced geotechnology, and how you can apply it to urban research, really appealed to me. However, I didn't know much about the UT at the time. But when I started working on the Shaping vision, I was struck by how lovely this campus is.'

René: 'I've been here for seven years, and I feel the same. The UT is a small, welcoming community. Do you feel that Shaping 2030 contributes to that sense of community?'

Karin: 'Not so much to the community perhaps, but I think that Shaping gives guidance. Together, you look very carefully at where you want to go. I already see many initiatives where the Shaping idea is being applied in practice. In annual plans, for example, but also in discussions among colleagues. It's a popular subject, which is great to see.'

René: 'That's something we discuss in my specialism: how do you guide big organisations? It's obviously a long journey, to 2030. What do you think we need to keep on track?'

Karin: 'Looking beyond our boundaries can produce really interesting things. Across department boundaries, but also across country boundaries. Several years ago, I was at a networking day, where researchers presented their work in one minute. An anthropologist talked about burial places in Lima, Peru. And I explained how you can use satellite images to very accurately identify structures in the landscape. We talked to each other over coffee. Which went along the lines of: so, you can also see burial places on satellite pictures. Could we do something with them? We then set up a small research project together. Quite a different way of working together, with both parties benefitting from the knowledge and vision from another specialism.'

René: ‘Fantastic! That should be continued. Let's talk soon!'

has been professor of public management at the UT since 2013 and as director is responsible for bachelor and master programmes. In 2015, he led the evaluation of the Netherlands crisis management after the crash of the MH17.

is Professor of Infrastructuring Urban Futures and is associated with the Faculty for Geo-information and Earth Observation (ITC). As a geographer, she conducts research into urban development and considers how we can use satellite images and other tools for urban issues like access to infrastructure. She has been working at the UT since 2017. Before that, she worked at the University of Amsterdam and Utrecht University.