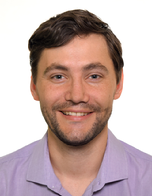 The work described in this thesis is focused on the characterization and understanding of epitaxial, clamped, dense PbZrxTi1-xO3 (PZT) films.

‘The main aim was to better understand these types of materials,’ Kurt Vergeer says. ‘By varying the material composition, or choosing other than conventional crystal substrates as a base for fabrication, more and more theoretical insight and experience is gained. These results may inspire product designers and high tech manufacturers, to make better use of different material properties of PZT in the near and longer term future.’

In an improved model, free energy equations for single- and poly-domain films are given which allows one to simulate the material properties of PZT (lead zirconate titanate) films. Further, these free energy equations are used to analytically derive PZT films properties, which are compared to numerical calculations. It is shown that these equations can be used to derive the piezoelectric coefficients and other material properties such as: stress, strain, polarization and crystal phases of PZT.

Also experimental work was done on tetragonal poly domain PbZr40Ti60O3 films. X-ray diffraction measurements - done with an applied field - were used to measure the intrinsic piezoelectric coefficients of individual domains in the film, and were successfully explained using the new model. 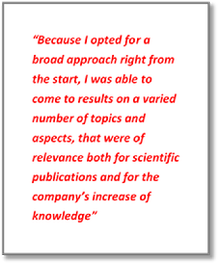 The theoretical approach in Kurt Vergeer’s work started from first experimental findings. ‘By measuring the strain of the different domains in the PZT film, while applying different electric fields, some illogical, even contrariwise, outcomes did occur,’ he says. ‘The urge arose to find the theoretical principles, and find out how the material actually works.’

Kurt: ‘Océ, as an industrial partner, welcomed this approach. They put the scientific goals I had to achieve in this project, in the first place. Because I opted for a broad approach right from the start, I was able to come to results on a varied number of topics and aspects, that were of relevance both for scientific publications and for the company’s increase of knowledge. I really enjoyed immersing myself into this field of research.’ 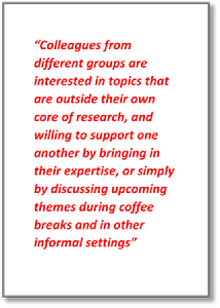 As a member of the Inorganic Materials Science group, Kurt felt free to find contact and help outside the Group. For example he collaborated with cleanroom experts Rico Keim and Marc Smithers, and he felt very much at home in the Nanoelectronics Group.

Kurt: ‘Working at Mesa+ - or shall I say, more generally, at the University of Twente – felt like all being part of the same team. Colleagues from different groups are interested in topics that are somewhat outside their own core of research, and willing to support one another by bringing in their expertise, or simply by discussing upcoming themes during coffee breaks and in other informal settings. I guess science is profiting from this freedom of work that people experience here. In a broader context: I believe it is part of Dutch culture to openly, critically and fairly discuss each other’s work.’

After his PhD defense Kurt will move to Singapore. ‘My first attempt will be to find a job in industry,’ he says. ‘Also a post-doc position appeals to me. I hope to find a research field in which my results can contribute to longer term developments. The challenges posed are more important to me than the 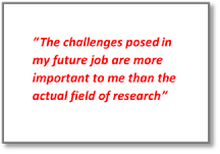 actual field of research, be it optics, quantum mechanics or fluid physics, for example. I have a broad interest and I think one can make almost any field interesting if you dig deep enough.’