In this thesis the focus was on the engineering and design of effective photocatalysts able to catalyze the oxidative conversion of hydrocarbons. Different procedures were used involving sol-gel precursors and impregnation or photo-deposition of metallic nanoparticles.

‘A lot of application areas are thinkable in future here,’ says Rezvaneh Amrollahi Buky. ‘First to mention are next generation solar-to-fuel processes in which these photocatalysts may contribute. Also selective photocatalysts can be of significance in air purification. New processes for chemical compounds, such as methylcyclohexanone, and other photocatalyst conversions are promising as well.’ 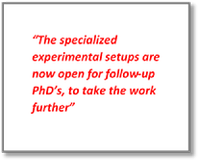 Characterizing the performance of the synthesized materials, several techniques have been used such as ATR (attenuated total reflectance)-FTIR, and Diffuse reflectance infrared Fourier transform (DRIFT).

These techniques, together with multi-reactor setups and top illuminated batch reactor setups, were used to characterize the prepared materials in order to identify the exact composition. The photocatalytic performance of the prepared materials was investigated in different oxidative photocatalytic conversions, such as methylcyclohexane (MCH) oxidation, ethanol oxidation, or simultaneous oxidation of mixtures of hydrocarbons. 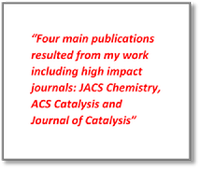 ‘Four main publications resulted from my work including high impact journals: JACS Chemistry, ACS Catalysis and Journal of Catalysis,’ Rezvaneh says. ‘This field of research is one of the hot topics in science these days. The University of Twente is playing a serious role in this relevant and interesting research field for renewable energy industry. I expect, many applications will be realized and an important enabling technology will arise from there.’

Originally a physicist, as a bachelor, Rezvaneh specialized into nanophysics in her master and at the same time took PhD-courses in her home country of Iran. 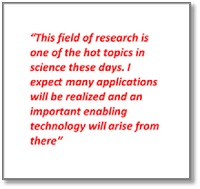 ‘So chemical engineering was not completely new to me when I started here,’ Rezvaneh says. ‘Nevertheless the step from physics to chemistry areas involves a big change. The methods of research however are essentially the same. Within six months one is able to adjust to a new field, learning the basic theory and getting accustomed to the new experimental techniques. I will be able to do so, which makes me a more experienced and confident researcher now than four years ago.’

Rezvaneh is planning to first complete some work at the PCS Group and after that work on her research and professional skills further, preferably in the Netherlands. 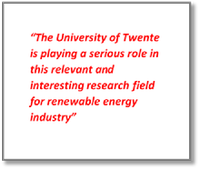 ‘After that I will return to the Iran University of Science and Technology to become an assistant professor there,’ she says. ‘It is my ambition to start my own research group on synthesis of photocatalytic processes. When oil reserves are diminishing in the near future, the country of Iran should make a switch to renewable energy sources. I hope to play a good role in this transition. I expect the collaboration with Mesa+ will be an intense one by then, as in Iran we now lack specialized equipment that is very well present here. During my PhD, for example, we collaborated with related groups such as Catalytic Processes & Materials (CPM) as well, using their equipment for my research purposes.’