In this thesis attention is given to the removal of engineered nanoparticles from their aquatic environment after usage.

‘Membrane technology is a promising solution, since porous membranes are designed to retain colloidal particles,’ says Krzysztof Trzaskus. However, the expected concentrations are really low. And not much is known yet about the stability and aggregation of these foulants and their filtration mechanisms.

Emphasis was put on the role of interparticle interactions in the feed solution. Hollow fiber membranes were studied and their fouling mechanisms at different pore sizes (25-200 nm).

‘We postulate that for stable suspensions fouling occurs in five subsequent stages,’ says Krzysztof. ‘These are: adsorption, unrestricted transport through pores, pore blocking, cake filtration and finally cake maturation. After the pore blockage stage, nanoparticle rejection was enhanced from 10-90% approximately.’ 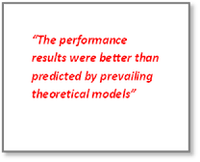 Fundamental work and painting a broader picture on this fairly new topic, was the main aim of Krzysztof Trzaskus’ PhD project.

‘We complicated the feed flows starting from model solutions in which particle sizes and surface charges, were changed,’ he says. In order to make these model solution closer to real water polluted by nanoparticles polymers surfactants and salts were added. 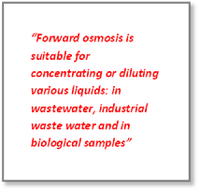 Krzysztof: ‘By doing so we were tried to bridge the gap between science and applications, dealing with hollow fiber membranes and various kinds of low concentrations of nanoparticles. For example, the first experiments with stable silica membranes – possessing active SiO2 groups by nature - were promising. The performance results were better than predicted by prevailing theoretical models.’

Two publications by Krzysztof were already accepted in the Journal of Membrane Science, a third and fourth being on their way. ‘Also being a speaker at the International Congress on Membranes and Membrane Processes (ICOM 2014) in China, was a memorable experience,’ he says. ‘Many people in the audience attended my talk. Also at the EuroMembrane 2015 conference in Aachen, scientists and other researchers showed great interest.’

Forward osmosis is also a main topic in his current job, working on biomimetic membrance at Aquaporin Copenhagen. Here proteins are embedded in nanoparticle vesicles on the membrane surface.

‘I am a member of a technical development team, consisting of about 40 researchers,’ Krzysztof says. ‘Whereas reversed osmosis membranes are used in desalination processes, forward osmosis is suitable for concentrating or diluting various liquids: in wastewater, industrial waste water and in biological samples.’

Krzysztof got to know Aquaporing by contacts of the Membrane Technology Group with this firm. ‘Now a new research program is started within our company,’ he says. ‘Two PhD’s from Twente are working on forward osmosis subjects. The meetings are often here in Twente. So, there is a good chance I will return here once in a while.’