Hydrogels are considered to be a class of smart materials that finds future application in diagnostic, therapeutic, and in fundamental science tools for miniaturized total analysis systems. In this thesis three major applications of patterned hydrogels were highlighted: 1. an alternative strategy to expensive and low throughput systems, for preparative DNA fractionation; 2. in vitro compartmentalization of human gut epithelium; and 3. desalination by microelectro-dialysis.

‘DNA fractioning is considered as a next-generation sequencing tool,’ Burcu Gümüşcü explains. In the DNA fractionation study, on a microchip filled with gel, orthogonal electric fields were applied to get the DNA molecules moving. Due to their size differences their mobilities are variable within the gel.

‘By doing so my device successfully performs the isolation and purification part of target DNAs,’ Burcu says. ‘In a next step multiplying the target DNA is required, for obtaining sufficient amounts that can be detectable by a sensor.’

During the project a technique was developed to pattern very tiny (picoliter) volumes of hydrogels on a microchip. ‘This work led to two high impact publications: in Lab on a Chip and Biomacromolecules,’ Burcu is happy to say.

The patterning technique proved good results in a gut-on-a-chip study as well. Here intestine cells were placed into those gel patterns. Burcu: ‘We designed a massively parallel system containing hydrogel pockets – up to four hundred pockets in one square centimeter - to culture cells, allowing us to run multiple experiments at one go.’ 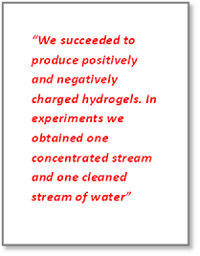 After a soft colloquium presentation, on a Friday afternoon, Burcu and her colleagues found that the gel patterns could also be used to desalinate water. ‘We decided to fabricate these gels, which are relatively cheap for desalination purposes,’ Burcu says. ‘We succeeded to produce positively and negatively charged hydrogels. In experiments we obtained one concentrated stream and one cleaned stream of water.’

Further during this PhD, it is was shown that the microchip enables ion transport visualization in ion selective hydrogels and microchannels, when a charged fluorescent dye is utilized.

Six out of nine chapters in her thesis mention novel patterning techniques for hydrogels and experiments related to their applications. In one of the chapters Burcu made room for societal impact studies of these innovations.

Here Professor Mieke Boon (from the Department of Philosophy), Dr. Kornelia Konrad (Science Technology and Policy Studies) and Burcu applied a technology assessment tool, to analyze the impact of proposed technologies to society. ‘The societal impact studies were required for by the funding agency of this PhD project: the NanoNextNL program,’ Burcu says. 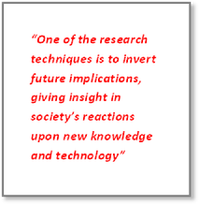 It resulted in a new window to reflect on the research activities performed by Burcu: ‘Now I am well aware of how my research might affect future life and society. One of the research techniques is to invert future implications, giving insight in society’s reactions upon new knowledge and technology. I learned these kind of scenario studies can be performed in a systematic way. The skills I obtained during my PhD fit very well in my future ambitions, as one day I hope to found my own research group in Turkey, my native country. I hope to use these skills in writing well-argued and original research proposals, trying to retrieve grants in an inspirational manner.’

Burcu made extensive use of the cleanroom facilities of Mesa+, and the equipment available at the BIOS Lab-on-a-Chip Group. 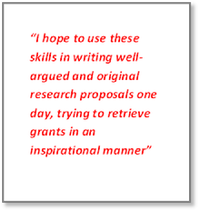 ‘During the PhD project, I learned to exchange ideas and collaborate with experts,’ Burcu says. ‘For the desalination project, our collaborators were from the Soft Matter, Fluidics & Interfaces Group, led by Professor Rob Lammertink, and the Materials Science & Technology of Polymers Group, led by Professor Julius Vancso. In the gut-on-a-chip project, the Applied Stem Cell Technology Group, led by Dr. Andries van der Meer, was critical.’ This Group is part of Mira, another well-known institution at the University of Twente, specialized in various biomedical research topics.