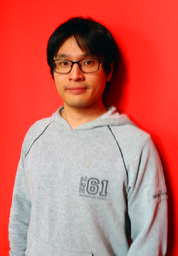 ‘We used a cluster jet,’ Yin Tao says. ‘Clusters are provided via a supersonic expansion of a noble gas through a slit nozzle. These are aggregated via Van-der-Waals forces, thus opening ways to density modulation.'

By placing an array of wires (a grid) on top of the nozzle this modulation could be achieved more easily, Yin Tao expected. ‘However, a thorough investigation of several basics and essential aspects was needed,’ he says. ‘The ratio of the number of atoms aggregated in clusters as compared to the total number of atoms, was the first one. It justified the average cluster size and the number density of clusters in the jet which were formerly overestimated.’ As ultra-short time scales are involved in HHG, the rapidly increasing ionization fraction during the drive laser pulse, has to be taken into account in calculations and experiments.

‘Ultimately, the choice for achieving the highest harmonic output appeared to be contra-intuitive,’ Yin says. ‘According to our model, the optimum output pulse energy is obtained when transient QPM is provided in the leading edge of the drive laser pulse, not simply at its peak.’

In this PhD project a detailed experimental setup was built, containing tens of electronic devices and even hundreds of optical elements. High-order harmonics were generated by focusing light beam generated from a femtosecond high power laser, into a cluster jet.

‘Vacuum equipment was involved as well,’ Yin Tao says. ‘I had to make myself familiar with the practical work and various techniques. Aligning, replacing damaged parts of the setup, and synchronizing took lots of time, because of the complexity of the setup as a whole. Then, coming up with novel results in this relatively new, highly interesting field of research, was very rewarding. During the project I developed a deep understanding on light and matter interaction.’ 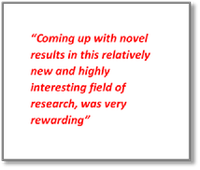 In the detailed experimental study on HHG in a supersonic argon jet, the contributions from clusters were identified and separated from that of gas monomers. The high harmonic yield over a broad range of stagnation pressures (between 300 mbar to 35 bar) at two different reservoir temperatures (303 K and 363 K) were characterized.

‘We proposed a simple model to interpret the dependence of the high harmonics yield on the average cluster size of the clusters produced in the jet,’ Yin says.

The Mesa+ meetings on Applied Nanophysics (ANP), involving all optics groups within Mesa+, Yin valued as inspirational while exchanging all kinds of ideas with colleagues. ‘Also

borrowing stuff, proved very important for my project,’ he says smilingly. ‘When special equipment was needed, someone surprisingly came up with electronic devices, controllers or optical instruments, to meet my demands.’

Yin prefers a career in industry over one in academics. 'The combination of optics, laser technology and spectroscopy opens up interesting options,' he expects.

Yin: 'I enjoyed life at Mesa+, especially the ANP retreats we had in the region of Twente, happily combining scientific debate and informal activities. With my experimental and other research skills, I hope to provide added value in a multidisciplinary research team, most probably at one of the bigger companies. A career in academics would be harder, as competition is tough.'