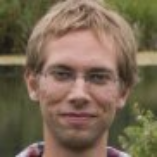 A wide variety of phenomena was studied in this thesis. Liquids and solids showed their capacity to withstand large tensions in the experiments Sander Wildeman performed. ‘Phase transitions can be sudden and explosive as compared to transitions taking place under milder conditions,’ he explains. ‘It appeared fruitful to analyze and characterize these special phenomena along four lines: fast versus slow dynamics, confined versus unconfined flow, elastic versus plastic responses, and the interplay between body forces and surface forces.’

Sander Wildeman is fascinated by metastable situations in liquid/gas systems in which superheating, supercooling, supersaturating and supercharging conditions occur. ‘Surprisingly little is known regarding these phenomena and process parameters,’ Sander says. ‘With an open attitude I started experimenting and observing the phenomena carefully. We were able to model some of these fairly well.’

Along the way quite some surprising phenomena occurred. ‘From the very start that was,’ Sander says. ‘Using ethanol and a boiling pot, we were surprised as to what extreme temperature we could heat the ethanol before the actual boiling behaviour started. When we gently rubbed with a needle over the bottom of the pot huge bubbles were initiated, leading to a disruptive propagation throughout the whole of the system.’

Gentle rubbing of materials with a brittle surface layer, like aluminium and silicon, showed lubrication phenomena in low viscosity liquids such as water and ethanol, previously only known to occur in very viscous liquids. ‘After a detailed study of the rubbing tracks with electron microscopy, we concluded that it was the fracturing of roughness tips that initiated the bubble formation,’ Sander says.

Further, very playful behaviour was shown in an experiment where a Leidenfrost droplet – which hovers on its own vapour, on a very hot plate – was placed in a strong external electrical field.

Surface charge density builds up here due to the slow evaporation of the droplet. Sudden release of the electrical tension sometimes seemed to give the droplet an energy boost, helping it to jump higher and higher. ‘The experiment was inspired by an educational movie, broadcasted from the ISS, in which one of the astronauts showed how small water droplets can be made to orbit a charged knitting needle,’ Sander says.

He characterizes his research as ‘intuitive and curiosity driven’, close to the way his promoter, Professor Detlef Lohse, approaches scientific research. ‘We succeeded in theoretically modelling various phenomena in good detail,’ Sander says.

‘For example the explosive character of water droplets, which froze from the outside-in, led to new insights which might be important to understand the dynamics of cold clouds in the upper atmosphere. I am going to work on this subject after my defence as a post-doc in the Physics of Fluids group. We expect to make a nice contribution here.’

After his postdoc year, Sander is hoping to find a research job at another university group specialized in fluid physics. ‘Interesting research is taking place in France and in Denmark for example,’ he says. ‘Also here the freedom to shape one’s own research topics is great. It would be nice to become surprised again some several times more.’