Will an autonomously driving vehicle respond fast enough, in case of unexpected and maybe even life-threatening situations? Doesn’t data communication and processing ‘in the cloud’ introduce delays that are too long? Local, ‘edge computing’, may speed things up in cases like this. On the other hand, you wouldn’t want to build a huge and energy-hungry computer in your vehicle. The new HYBRAIN project, coordinated by Professor Wilfred van der Wiel of the University of Twente, and with partners from Oxford, Münster, Pisa and Zürich, is therefore aiming at a computer system inspired by how our brain works. Ultrafast and extremely energy-efficient.

Although cloud computing has been considered the best solution to keep the data and computer processing at a distance, for some applications it now seems increasingly important to move the computing power close to the actual ‘operation’ again, and start working locally. This is also called ‘edge computing’. By doing so, you avoid a delay, ‘latency’, that is too long, even with the upcoming and fast mobile standards like 5G and 6G. There is a dilemma, though: moving heavy computing power to the local application is undesirable as well. The classic computer approach involves a lot of data traffic between the processor and memory. This is, in fact, not how our brain works, where memory and processing are part of the same process. Within the new HYBRAIN (Hybrid electronic-photonic architectures for brain-inspired computing) project, the researchers will combine a number of highly innovative solutions, based on how our brain works. These solutions include ‘in memory computing’ and an evolutionary system that is disordered by itself but can nevertheless detect complex patterns. 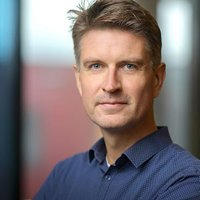 Photonics, memristors and a DISORDERED network

It all starts with gathering huge amounts of data. This, for example, can be visual data. Integrated photonics is very good at this. That is why the input of the artificial intelligence system consists of a photonic processor, working with light. The data will be divided among two learning networks: one is a network based on in-memory computing, consisting of so called ‘memristors’: resistors that can memorize their settings even when switched off. A network like this is capable of performing linear operations, like multiplying and adding large streams of data.

Apart from that, a basically disordered network built of nano materials, developed at the University of Twente, already proved to be able to deal with complex, non-linear operations. These separate types of learning networks will first get a learning phase (inference), after that they can make choices by themselves. Of course, also in this approach, there are connections between systems, but there is no massive data transport in two directions, like in the computers we’re used to.

The question could even be asked, if the system as a whole couldn’t be built in photonics. The problem there, however, will be the size: photonic components and circuits are relatively large. However, it is true that no conversion to electric signals would be needed in that case. Still, if the tproject results in a new system succeeds in reaching an energy consumption that comes even close to that of the human brain – a few hundred Watts – a major step will have been taken.

Edge computing in your phone

Except for autonomously driving vehicles, edge computing can be necessary in particle accelerators like CERN in Geneva and other ‘ultrafast response’ and data-intensive technology. Even in our smart phones, some of the apps use local computing power again, instead of cloud computing.

The HYBRAIN project is led by the Center for Brain-Inspired Nano Systems (BRAINS) of the University of Twente’s MESA+ Institute. Partners are the University of Münster (WWU, Germany), University of Oxford (UK), the Italian company Trust-IT and IBM Research in Zürich (CH).

HYBRAIN is the first UT project within the new Horizon Europe programme, under 'Grant Agreement' 101046878, running for four years with a budget of 3 million euros. The kick-off meeting will be on May 23 and 24 at the University of Twente.