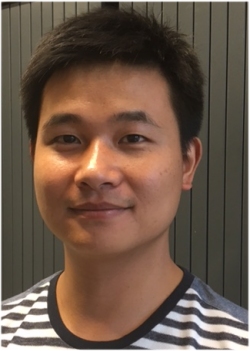 Dr.Tao Chen: PostDoc researcher at the NanoElectronis Group and BRAINS at the University of Twente (UT)

Abstract: The biological brain solves complex computational problems much more efficiently than conventional digital computers owing to the parallel processing of information. In conventional computers, the energy efficiency is limited by the transfer of data back and forth between the processing unit and the memory, referred to as the Von-Neumann bottleneck. To overcome this bottleneck, building blocks of parallel computers based on CMOS (complementary metal oxide semiconductor) neurons, memristors, and oscillators have been proposed, inspired by neurobiology.

Parallel computation can also be realized by exploiting the pphysical properties of materials. Taking advantage of the nonlinear or dynamical properties of materials, data can be projected into a high-dimensional space efficiently, and become suitable for linear separation, which facilitates machine learning tasks such as the classification of speech and images. However, material systems usually project information to a high-dimensional space randomly. On the contrary, in the biological brain and in deep neural networks, data are processed with layers of trained filters/kernels. Learnable material-based kernels have not been reported so far.

We have recently exploited the nonlinearity of hopping conduction through an electrically tuneable network of boron dopants in silicon to realise a reconfigurable kernel machine, demonstrating good kernel properties by solving the canonical linearly inseparable exclusive OR (XOR) problem. The dopant network can also perform four-input binary classification, i.e. extracting four-pixel features. By pre-processing basic features as in the brain, the overall accuracy of a linear classifier in classifying the MNIST (Modified National Institute of Standards and Technology) database of handwritten digits reaches up to 96.0%, surpassing state-of-the-art results realised in other materials-based computational systems. These results show that materials properties can be tuned to optimize computational performance, inspired by the brain, and establish the designless dopant networks as a small-footprint and energy-efficient building block for neuromorphic computing.

Bio: Dr. Tao Chen is a PostDoc researcher in the NanoElectronics Group and Center for Brain-Inspired Nano Systems (BRAINS)at the University of Twente. Tao obtained his B. Eng. in Precision Instrumentation from Wuhan University of Technology in 2007, M. Eng. in Microelectronics from Tsinghua University in 2010, and Ph.D. in Electrical Engineering from the University of Edinburgh in 2014. Previously, Tao worked on 2D material-based NEMS resonators for biomimetic applications during his Ph.D.. Later on, he worked in the Chinese Academy of Science as a PostDoc (2015-2016) and studied interlayer vibrations of graphene with optical spectroscopy. Now, in the BRAINS Center, Tao is exploring the physical properties of materials for neuromorphic computation.