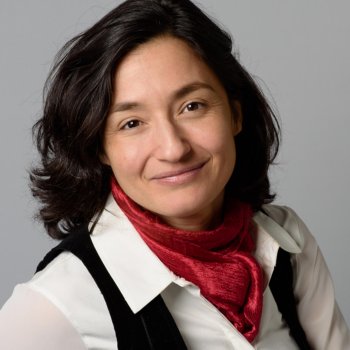 Abstract: Carbon nanotubes have been considered for many years one of the few materials that can eventually substitute silicon, when the physical limit of the miniaturization of the silicon transistor channel length will be reached. In my presentation I will first discuss as we have solved one of the main problems inherent with the manipulation of carbon nanotubes, fabricating field effect transistors in a highly reproducible fashion by chemically self-assembly semiconducting carbon nanotubes. Then I will discuss if this nanomaterial can have a role in the fabrication of artificial neurons and in the future development of neuromorphic electronics.

Bio: Maria Antonietta Loi studied physics at the University of Cagliari in Italy where she received the PhD in 2001. In the same year she joined the Linz Institute for Organic Solar cells, of the University of Linz, Austria as a postdoctoral fellow. Later she worked as researcher at the Institute for Nanostructured Materials of the Italian National Research Council in Bologna, Italy. In 2006 she became assistant professor and Rosalind Franklin Fellow at the Zernike Institute for Advanced Materials of the University of Groningen, The Netherlands. She is now full professor in the same institution and chair of the Photophysics and OptoElectronics group.

She has published more than 190 peer-reviewed articles on photophysics and optoelectronics of different types of materials. In 2012 she has received an ERC Starting Grant from the European Research Council. She currently serves as associated editor of Applied Physics Letters and she is member of the international advisory board of Advanced Functional Materials, Advanced Electronic Materials and Advanced Materials Interfaces. In 2018 she received the Physicaprijs from the Dutch physics association for her outstanding work on organic-inorganic hybrid materials.