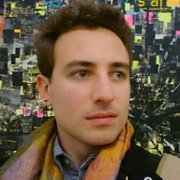 Headline: At IMEC we are studying ways to mimic the brain’s computational power in silicon microchips. This is because the chaotic, slow, and inhomogeneous neural systems inside our heads is a highly adaptable and efficient computer capable of achieving incredible things in a very little power budget.

Abstract: Neuromorphic computing is a promising approach for developing new generations of smarter and adaptive computing technologies that can drastically change the way in which we think of computers, and in which we interact with artificial systems. In this approach, brain-inspired models of neural computations, based on massively parallel networks of low-power silicon neurons and synapses are implemented in electronic microchips. This talk will describe recent understanding of neural computation as well as recent efforts in building microchips based on more bio-realistic models of spiking neurons. These novel devices represent the third generation of neural networks which not only allows us to investigate at the theoretical level the possibilities of using time as a resource for computation and communication but can also shed light in the way in which our own brain works.

Bio: Federico Corradi (Ph.D) is a research and development scientist at the non-profit research organization Imec-nl, Eindhoven, The Netherlands. He received a B.Sc. degree in Physics (2007) from Università degli studi di Parma, a M.Sc. degree (cum laude) in Physics (2010) from La Sapienza University, Rome, a Ph.D. degrees in Natural Sciences (2015) from the University of Zürich, and a Ph.D. in Neuroscience (2015) from the ETH Neuroscience Center Zürich. His research activities are at the interface between neuroscience and neuromorphic engineering. His research is focused towards a new generation of computing architectures based on bio-inspired neural networks, his contribution in the field includes novel online learning circuits for highly integrated neuromorphic electronic systems.