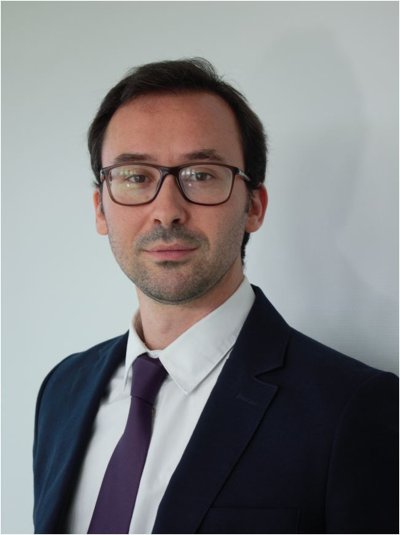 In Chapter 1, a short introduction to the topics related to this Thesis and the motivation of the research are presented.

Subsequently, a general introduction to the main topic of this work is presented in Chapter 2. Firstly, an overview of the reversible deactivation-activation radical polymerization (RDRP) techniques used to synthesize new macromolecules is presented. Among the RDRP techniques, the atom transfer radical polymerization (ATRP) process and its evolutions are highlighted. Then, the most relevant strategies to chemically graft polymer chains to a surface are discussed by introducing the most important design factors. Therefore, we present inkjet printing as a patterning technique. We described the fundamentals of the process and the challenges of this deposition/patterning technique focusing on the ink formulation, droplet formation, impact, spreading, wetting, and evaporation of the ink. Among the chemically tethered polymer surfaces, the physical and chemical properties of single end-attached polymer chains, as well as their main factors are discussed. Finally, a few typical examples of anticorrosion, as well as stimuli-responsive, such as temperature-, solvent-, redox-, and multi stimuli-responsive coatings are presented.

The stimuli-responsive properties of PNIPAM, which is one of the most studied multi-responsive polymers, are investigated in Chapter 3. The temperature- and solvent-induced transition of single end-tethered PNIPAM layers with different grafting densities were investigated via neutron reflectivity (NR) measurements. The control and synthesis of different grafting densities of the PNIPAM grafts were obtained controlling the ratio between active and inactive ATRP initiator compounds coupled onto the surface followed by SI-ATRP of NIPAM. Moreover, the PNIPAM layers were characterized via AFM and ellipsometry analysis. The “from the top” mechanism of co-nonsolvency conformational transition of PNIPAM brushes in 3:1 water:ethanol mixture was demonstrated.

Furthermore, also the tribomechanical properties of PNIPAM were investigated in Chapter 4 and in Chapter 5. In Chapter 4, we explored the tunable friction by co-nonsolvency of PNIPAM brushes. The PNIPAM brushes are swollen in pure solvent but adopt a collapsed conformational state when immersed in certain solvent-co-solvent mixtures. The friction measurements performed via AFM have demonstrated that the friction was low due to the high osmotic pressure, while the friction increased when the PNIPAM collapsed (with a mixture of 30 % volume fraction of ethanol in water). Surprisingly, the maximum friction was observed in 10 % volume fraction of ethanol in water which does not correspond to the maximum of the shrinking of the PNIPAM brush layer. Then, in Chapter 5, we investigated also the tribomechanical properties above and below the lower critical solution temperature (LCST) of two different PNIPAM brush layers: one thin (dry thickness was around 10 nm) and one thick (dry thickness higher than 410 nm) brush layers. The tribomechanical properties were investigated by recording friction loops using lateral force microscopy, LFM. In this study, we highlight how the brush lateral deformation mainly affects the friction measurements of swollen PNIPAM brushes (temperature below LCST) when relatively short scanning distances are applied. In contrast, when the scanning distance of the friction loop measurements is longer than the brush lateral deformation, sliding of the probe on the brush interface becomes dominant, and correct measurement of dynamic friction can be accomplished. When the PNIPAM brushes undergo dehydration and assume a collapsed morphology (temperature above LCST) the friction loops do not show any tilting due to the hindering of their lateral deformation. Thus, the friction loops accurately describe the dynamic friction between the colloidal AFM probe and the polymer brush coating surface.

Up to this point, the polymer coatings were deposited over the entire surface of the material. As results of a joint project with Tanatex and Verosol, i.e. members of the Marie Skłodowska-Curie Initial Training Network “Complex wetting phenomena”, a better in-depth understanding of the inkjet printing process has been achieved allowing the development of various reactive, functional and smart coatings described in the second part of the thesis. The formulation, the droplet formation, as well as the interaction of the polyurethane-based complex fluid with the material surface and the evaporation of the ink are investigated. The work described in Chapter 6 focuses on the formulation and application of anti-corrosive polyurethane-based coatings for aluminum and its alloys. Various inks were prepared with suitable physical and chemical properties for piezo-inkjet printing allowing the patterning of anti-corrosion coatings on porous aluminum metalized textile substrates. The anti-corrosion performance of the coatings was verified with a model alkaline dissolution experiment. The quality of the coated materials was investigated via optical, laser confocal and scanning electron microscopy. It is shown that the surface coverage and the chemical composition of the coating play an important role in the protective properties of the coatings.

Co-solvent-responsiveness properties of PMMA films in water/iso-propanol mixture were studied in Chapter 7. Firstly, two synthetic routes for the fabrication of fluorescent PMMA-containing brush coatings were presented based on grafting to and grafting from approaches. The silanization over the entire surface area of the substrates was performed for both approaches, however in grafting from the PMMA brushes were synthesized via SI-ATRP, followed by halogen-azide exchange and Copper(I)-catalyzed alkyneazide cycloaddition (CuAAC) click chemistry for coupling the fluorescent probe. In grafting to, the fluorescent telechelic PMMA was coupled to the amine functionalized surface after it was synthesized in solution via activators regenerated by electron transfer atom transfer radical polymerization (ARGET-ATRP) using a carboxyl terminated ATRP initiator. Comparing the two methods, the films obtained via grafting from were thicker and with a higher grafting density than the brush layers obtained via grafting to. However, both approaches were robust and the resulting fluorescent films were macroscopically homogenous. Secondly, the co-solvency behavior of the PMMA films was tested in isopropanol-water mixture analyzing the swelling and the fluorescent behavior via AFM and fluorescent confocal measurements, respectively. The PMMA containing fluorescent films collapsed when immersed in pure solvents resulting in low fluorescent intensity, while the PMMA segments swelled when immersed in 80 % volume fraction of isopropanol in water increasing the fluorescence of the film. In the last part of this Chapter, numerous amino-reactive (i.e. APTES modified) patterns were inkjet printed on glass and silicon substrates. The APTES-containing ink was prepared in a mixture of ethanol and glycol (3/2 v/v). The inkjet printability, as well as the droplet formation were optimized. The APTES-patterns were few-micrometer-thick. Finally, both approaches were employed and the fabrication of the fluorescent patterns was confirmed by fluorescent confocal microscopy.

The inkjet printing process was also used for the project described in Chapter 8. An electrochemical sensing device for the detection of a model analyte (e.g., ascorbic acid) was fabricated by printing a new redox-responsive poly(ferrocenylsilane) (PFS) with disulfide side groups capable to covalently bind on gold surfaces. The PFS was synthesized via Platinum-catalyzed ring opening polymerization (ROP), followed by a halogen exchange reaction and a nucleophilic substitution reaction with the disulfide-containing compound. Then, suitable inks for piezo inkjet printing process were prepared with different amounts of the functional compound in toluene, followed by the deposition on commercial microelectrode arrays (MEAs) consisting of 60 micro planar gold electrodes with different patterns via inkjet printing. The surface properties of the redox-active films were characterized and the sensing device was tested as an amperometric sensor for ascorbic acid demonstrating the enhanced sensitivity due to the PFS coating. The limit of detection of the PFS-modified MEAs was measured to be lower than 60 μM and the limit of linearity between 0.9 and 2 mM of ascorbic acid in 100 mM sodium perchlorate solution.

Intrigued by the versatility of the inkjet printing process, in Chapter 9 a series of catechol-containing ATRP macroinitiators were synthesized via free radical polymerization (FRP). After the synthesis of a suitable catechol-based acrylic monomer, dopamine methacrylamide (DOMA), a three components copolymerization via FRP was performed. The three monomers were DOMA as adhesive group, 2-(2-bromoisobutyryloxy)ethyl methacrylate (BIEM) as ATRP initiating group, and the methyl methacrylate (MMA) monomer as solubilizing agent. Good control over the chemical composition in the ATRP macroinitiators was obtained with respect to the feed composition. Then, firstly the activity of the ATRP moieties was confirmed synthesizing molecular bottle brushes with poly(acrylonitrile) (PAN) side chains and then the adhesive properties of the catechol-derivatives were verified by grafting the ATRP-macroinitiator on silicon oxide followed by the SI-ATRP of the AN. The solubilizing component is an important factor for the processability of the polymer solution. Inks containing the ATRP-macroinitiator in DMF were prepared and inkjet printed on silicon surfaces create fluorescent patterns. Preliminary results indicate the chemical immobilization of the ATRP macroinitiator layer. These findings inspire our continuous effort to develop new catechol coupling chemistry based strategies that allows the wide spread utilization of readily applicable designer functional and stimuli-responsive coatings on nearly any surface.